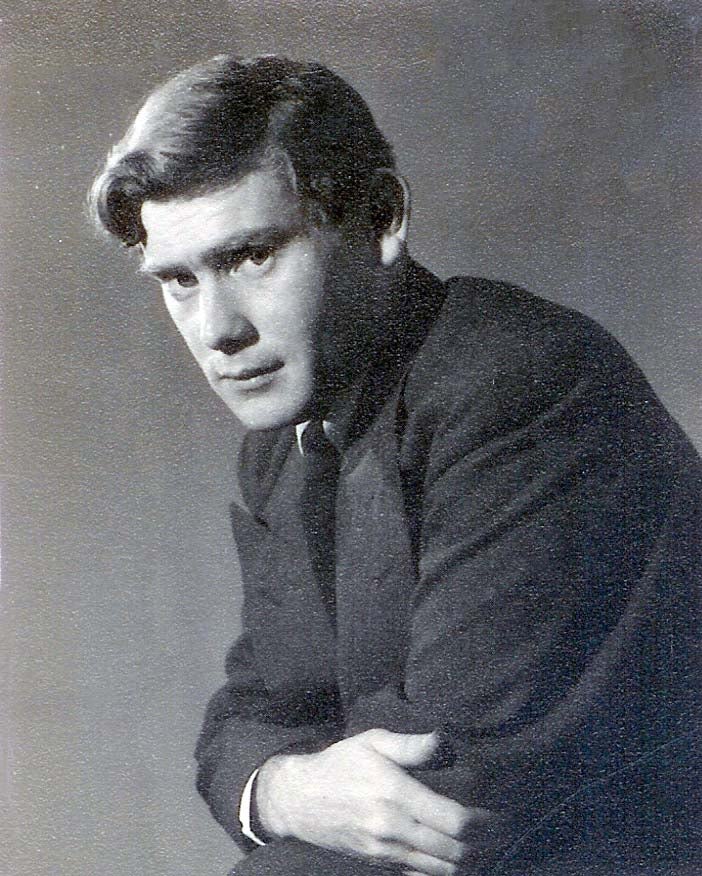 Sydney Brenner, British biologist/geneticist and winner of the 2002 Nobel Prize in Physiology or Medicine, was born in Germiston, South Africa in 1927. His parents were Jewish immigrants from Eastern Europe; his father from Lithuania, and his mother from Latvia. Sydney’s father was a cobbler (a vocation he would have throughout his entire life) and like many struggling families, the Brenner’s lived in two rooms in the back of the shoe repair shop.

Young Sydney was taught how to read by the wife of a tailor who lived nearby, for his father could neither read nor write. When it was discovered that he was reading fluently at the age of four, he was sent to a kindergarten run by a Presbyterian church—the only school his parents could afford to send him to. He quickly acquired a love of reading and learning. He discovered the world of books at the Carnegie built public library in Germiston, and read voraciously. He soon developed an interest in chemistry and biochemistry, and conducted basic experiments he found in various books, such as The Young Scientist, by Sherwood Taylor. He quickly mastered his school subjects and graduated from Germiston High School at the age of 15.

With the aid of a small stipend from the Town Council from Germiston, Brenner was able to attend the University of the Witwatersrand in Johannesburg. For two years he studied the basic science courses in preparation for Medical School. Realizing that he was too young to qualify for the practice of medicine, Sydney took additional courses in the Anatomy Department. During this period, when he was able to observe advanced researchers like Alfred Oettle, Joel Mandelstam and Harold Daitz, his interests in laboratory research flourished.

Brenner, by his own admission, was not a good medical student but he did manage to scrape by and receive the degrees of MB BCh in 1951. In July of that same year he announced that he would not pursue the practice of medicine. Instead, after being awarded a scholarship by the Commission for the Royal Exhibition of 1851, and on the advice of Sir Cyril Hinshelwood, Brenner was accepted at Oxford University where he was intent on pursuing a Ph.D. in the Physical Chemistry Laboratory.

In December of 1952 Brenner married in London. His wife, May, was able to move with him to Oxford where she pursued a Ph.D. in Psychology in London.

In April 1953 Jack Dunitz informed Brenner of the developments with the structure of DNA at the Cavendish Laboratory at Cambridge. It was that same month that Brenner, along with Dunitz and others, traveled to Cambridge to see the model first hand. It was there that Brenner met both Francis Crick and James D. Watson and first saw the famous double helix.

In November of 1953 Brenner wrote Dr. Milislav Demerec, then director of the Carnegie Institution Laboratory at Cold Spring Harbor, for approval to visit the Laboratory. Demerec responded, “You will be welcome to stay here as long as is convenient for you.” On 24 November 1953 Brenner applied for a Carnegie Corporation grant for travel and study in the United States. His stated intentions were to meet researchers in the fields of chemical microbiology, microbial genetics and virology, study the organization of laboratories and teaching methods, and to obtain strains of viruses and bacteria which were not available in South Africa, all of which he accomplished.

In July of 1954 Brenner arrived in the United States. He spent his first 2 1/2 months at the Laboratory in Cold Spring Harbor attending courses on bacteriophage and bacterial genetics while continuing experiments with the biosynthesis of tryptophan. There he met many of the people who played important roles in the development of the study of molecular biology including Seymour Benzer, Salvador Luria and Max Delbruck.

Brenner made visits to several laboratories while in the United States, including extended visits to Cal Tech and the Kerckhoff Biological Laboratory, and several weeks in the Virus Laboratory at the University of California. In California he carried out research in the growth of bacteriophages in bacterial cells from which the cell walls had been removed.

In November of 1954 Brenner went to Great Britain and visited Francis Crick in Cambridge where, among other things, they discussed the possibility of working together in the future. However, he was obligated to return to South Africa where a staff appointment was waiting for him at the Medical School. Brenner set up a laboratory in the Department of Physiology and he was awarded a grant to study phage co-factor genetics. During that period he also worked on proving the impossibility of overlapping triplet codes. On 30 December 1955 Francis Crick wrote, “Speedy progress. Himsworth has agreed that I may open informal negotiations with you for an appointment of limited tenure.” Brenner accepted a three-year appointment at the Medical Research Council, which later became the MRC Laboratory of Molecular Biology, and in December of 1956 he and his family were on their way back to England.

In January of 1957 Brenner set about to build a laboratory dedicated to research in molecular genetics using bacteriophages and bacteria. Brenner, Crick and their colleagues demonstrated, through mutations in E. coli, that the genetic code was made up of triplets of nucleotides (which Brenner named ‘codons’). This research was followed by investigating the relationship of messenger RNA to DNA. Brenner and his colleagues determined that one of the mRNA sequences was a ‘nonsense’ codon that signaled the termination of protein synthesis.

Brenner is most noted for his investigation of genetic information and its development through his experiments with Caenorhabditis elegans. In October of 1963 he requested a culture of free-living nematodes, C. elegans, from E. C. Dougherty at the University of California, Berkeley. He also asked for Dougherty’s reprints on the organism and advice on how to propagate the males. Brenner began to work with the organisms that Dougherty sent, and wrote, “Thank you very much indeed for the culture of Caenorhabditis elegans. It arrived in good shape and I waited to write until I had done some work with it. I now have flourishing monoxenic cultures, and am about to try axenic cultures. It is an astounding organism.” The nematode worm (C. elegans), with its simple structure and nervous system, was determined to be an ideal organism for study in developmental biology and neurobiology.

In 1977, Brenner was appointed the Director of the MRC Laboratory following the retirement of Max Perutz. Much of Brenner’s tenure was spent with the typical administrative responsibilities so when the term of his appointment ended he left the MRC Laboratory to pursue research projects at a newly established research unit given to him by the MRC, and at other institutions. In addition, he began championing the establishment of genome projects and, in fact, the C. elegans was the first organism to have its genome completely sequenced.

For his pioneering studies Brenner has received many awards and honors during his career including the Albert Lasker Medical Research Award (1971), the Kyoto Prize (1990) and the Copley medal (1991), which is the oldest scientific award in the world. He is the recipient of numerous honorary degrees from many colleges and universities, including the Universities of Oxford, Cambridge, Harvard, London, Glasgow, Chicago, and Witwatersrand, where his scientific career began. In 2002 the Nobel Prize in Physiology or Medicine was awarded jointly to Sydney Brenner, H. Robert Horvitz and John E. Sulston “for their discoveries concerning genetic regulation of organ development and programmed cell death.”

Sydney Brenner has published many articles during his career. In the 1990s he wrote a column called ‘Loose Ends’ for Current Biology, which often reflected his great intelligence and wit. In one particular 1996 column he wrote, “Watch this column in 2020 for revelations…,” an accurately expressed statement of his endless passion for knowledge and discovery, which continues to this day. His long and distinguished career as a scientist has made him one of the principal contributors to the history of molecular biology.

Sydney Brenner died at the age of 92 on April 5, 2019 in Singapore, where he had helped develop scientific institutes. Sydney Brenner was widely regarded as the “father of biomedical sciences” in Singapore, he was pivotal to the establishment of Singapore’s first life sciences research institute in 1985, the Institute of Molecular and Cell Biology, which was officially opened at the National University of Singapore (NUS) in 1987. He was an adjunct professor at the NUS Yong Loo Lin School of Medicine, and was conferred the Honorary Doctor of Letters in 1995 for his contributions to Singapore. Among other accolades he received for his dedication and commitment to Singapore were the Distinguished Friends of Singapore award in 2000, Honorary Citizen in 2003 and the National Science and Technology Medal in 2006.