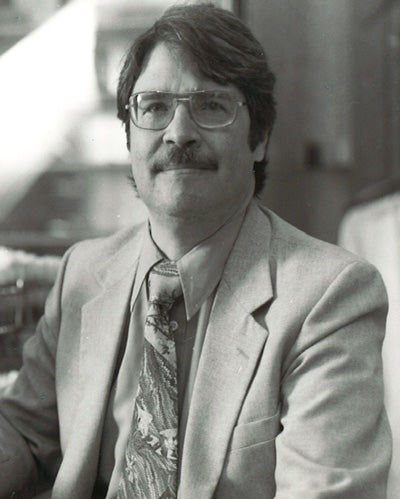 Elof Axel Carlson was born July 15, 1931 in Brooklyn, New York. He received his B.A. in 1953 from New York University and his Ph.D. in Zoology in 1958 from Indiana University where he studied under Hermann J. Muller. He became a lecturer in the Biology Department at Queens University, Kingston, Ontario, Canada from 1958–1960 and then both Assistant and Associate Professor in the Department of Zoology, University of California, Los Angeles (1960–1968). In 1968, he joined the Biology Department of the State University of New York at Stony Brook as full professor, later becoming Distinguished Teaching Professor in 1974. He retired from Stony Brook to become a full-time writer in 2000.

The Elof Carlson Collection is comprised of personal and professional material accrued by Dr. Carlson primarily during his professional academic career from 1958–2000. Professionally, Dr. Carlson was a professor, a geneticist, and a historian of genetics and the materials reflect these interests. The collection includes course notebooks, lecture notes and teaching files, scientific papers, correspondence, photographs, memorabilia, clippings, and material related to Dr. Carlson’s seminal biography Genes, Radiation, and Society about his mentor, Dr. Hermann Muller. Hermann J. Mueller (1890–1967) was a Nobel Prize-winning geneticist who first showed that exposure to radiation would produce mutations in living organisms. Elof Carlson was his student at the University of Indiana and they became lifelong friends.

This collection was processed under the grant History and Development of Molecular Biology: New Sources through the Hidden Cold Spring Harbor Laboratory Archives Collections (1890-1910), (NAS11-RB-50178-11). Funding provided by the National Historical Publications and Records Commission.
Our website uses cookies to enhance your experience on the site. By clicking "continue" or by continuing to use our website, you are agreeing to our use of cookies as detailed in our Privacy Policy.
CONTINUE
Manage consent