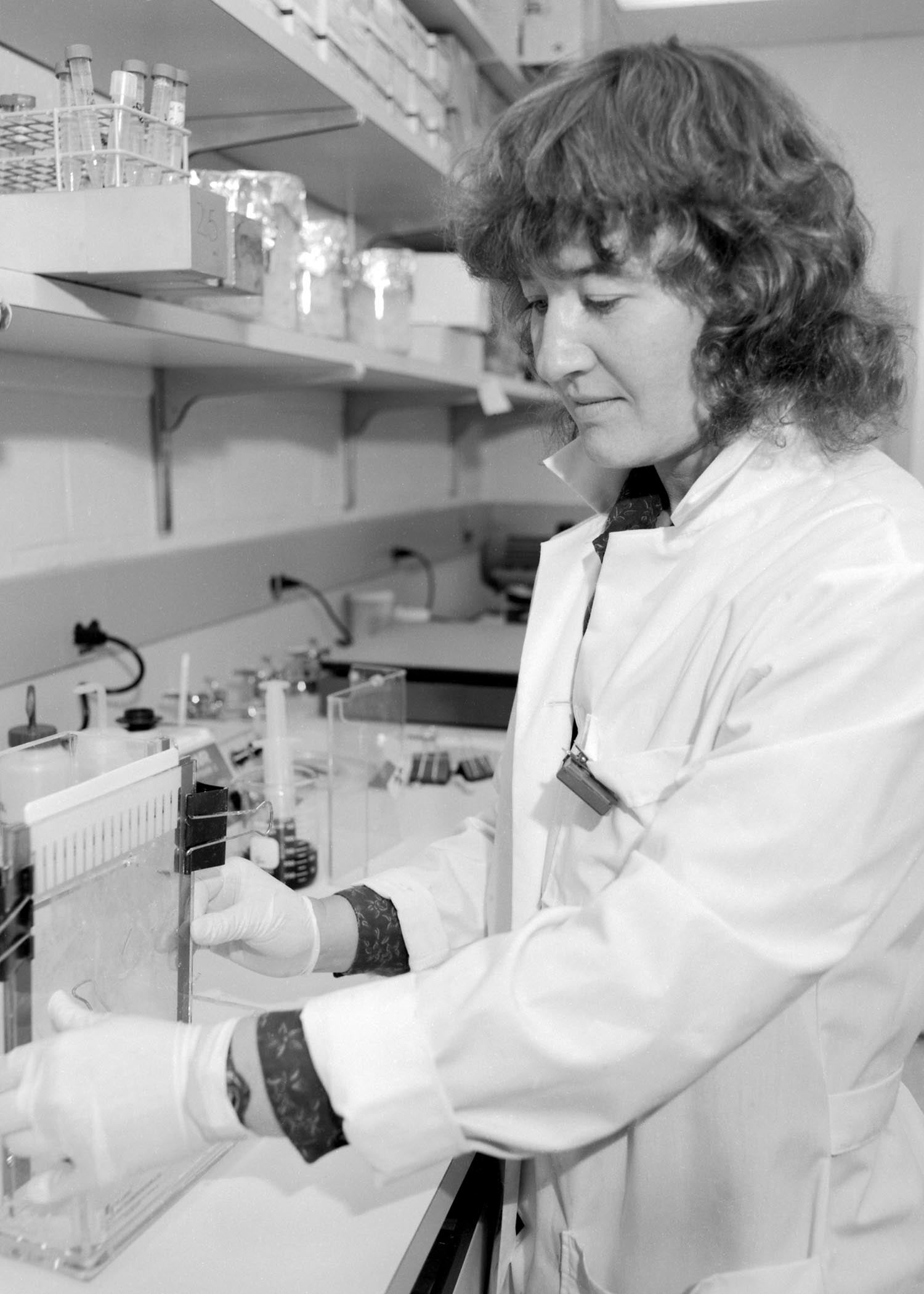 Carolyn “Carol” Widney Greider was born in San Diego, California on April 15th, 1961. She received her B.A. in Biology in 1983 from the University of California, Santa Barbara, and her Ph.D. in Molecular Biology in 1987 from the University of California, Berkeley. She conducted her postdoctoral research at Cold Spring Harbor Laboratory, where she then joined the faculty as a Senior Staff Investigator until 1997. After leaving Cold Spring Harbor, she joined the faculty of Johns Hopkins University’s Department of Molecular Biology and Genetics, where she currently serves as Director. While at Berkeley, Greider worked under Elizabeth Blackburn, with whom she co-discovered the enzyme “telomere terminal transferase,” known as telomerase. For her work discovering and characterizing telomerase, Greider was awarded the Nobel Prize in Physiology or Medicine in 2009, which she shared with Blackburn and Jack W. Szostak.

The Dr. Carol Greider Collection is composed of materials accrued by Dr. Greider during her postdoctoral work at the University of California at Berkeley from 1984–1987, and her early work at Cold Spring Harbor Laboratory from 1997–1992. The collection consists of computer printouts, correspondence, course notebooks, Emails [printed], Graphs, Journal articles Laboratory Notebooks, Photographs, Reprints, Scientific Notes, X-rays films. The date range is from 1975–1992. The materials are directly related to Dr. Greider’s Nobel Prize-winning work with mentor Elizabeth Blackburn.