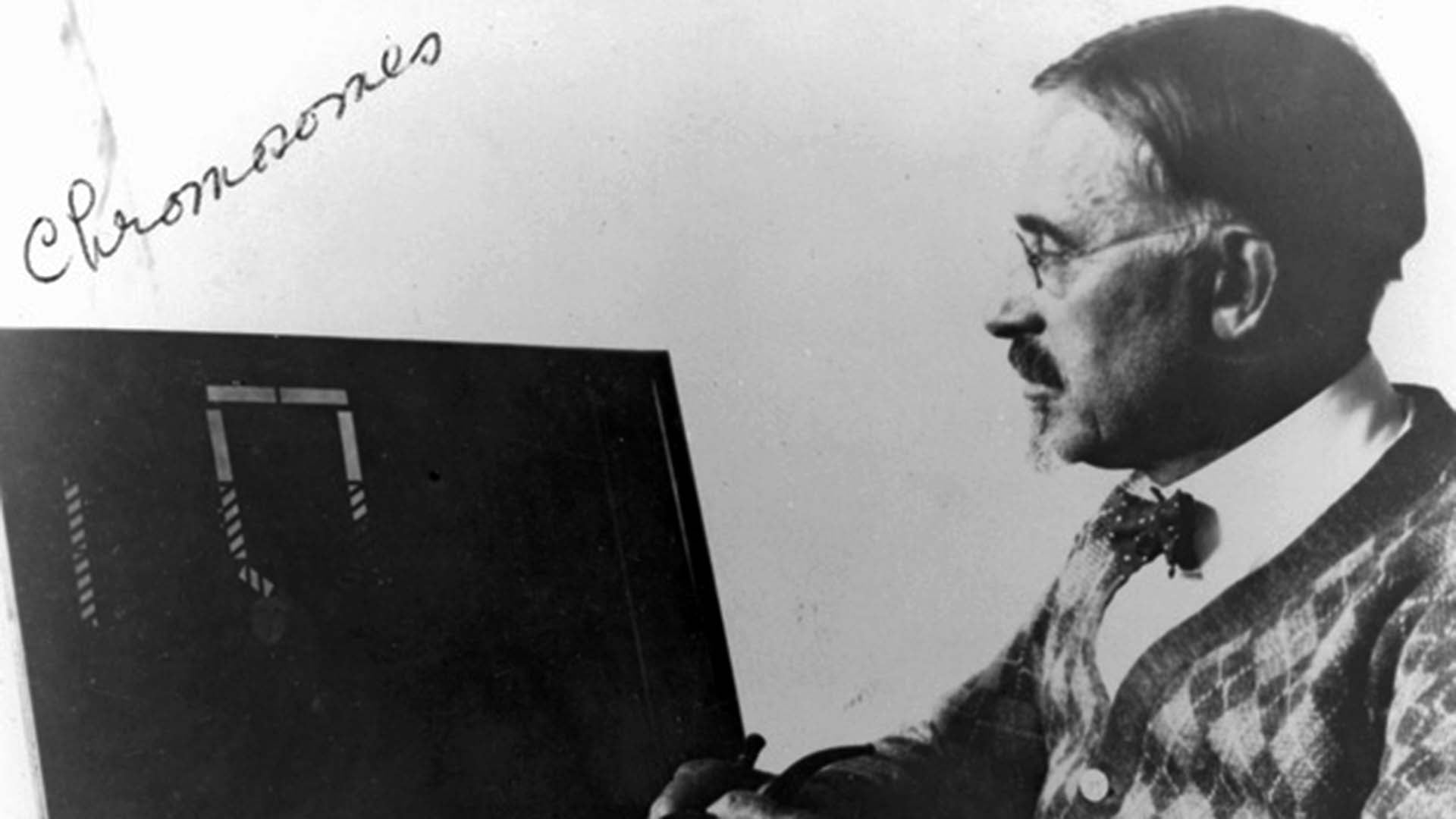 Forgot to ask you if you have any data on substitute for gas machine. We shall probably go into a building for Rhizopus work where there is no gas machine and the college doesn’t want to put one in for this room alone. I use denatured alc. glogan burners in my lab. Be good as usual, A.F.B.” 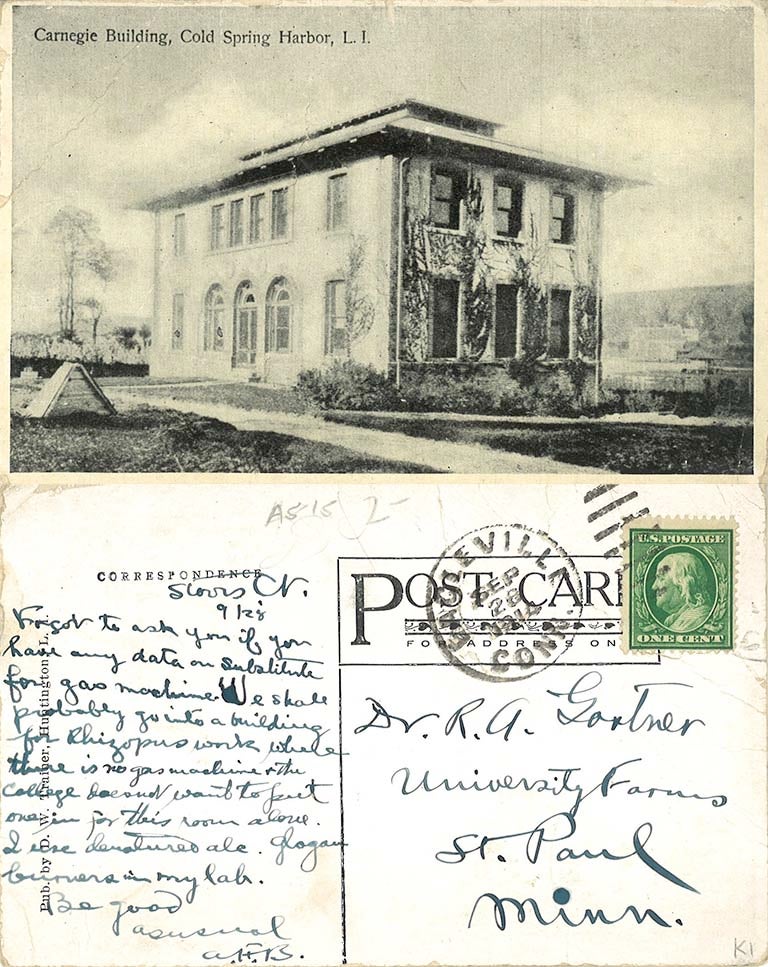 Clare Clarke, Laboratory Archivist, took one look at the postcard and knew whom the initials A.F.B. stand for: Albert F. Blakeslee. Albert F. Blakeslee came to Carnegie Institution’s Station for Experimental Evolution at Cold Spring Harbor for the year 1912-1913 to work on sexual reactions in Mucors. Mucors are a microbial genus of molds commonly found in soil, digestive systems, plant surfaces, and rotten vegetable matter. Blakeslee collaborated with R. A. Gortner, the postcard’s recipient, at Cold Spring Harbor to identify possible differences between the proteins of the two mating types by their precipitin reactions. However, the extracts injected into rabbits proved so toxic that the experiment was discontinued.

Following his year at Cold Spring Harbor, Blakeslee went back to the Connecticut Agricultural College at Storrs (now known as the University of Connecticut) where he was previously Professor of Botany and Director of the Summer School and obtained the appointment of Instructor in Botany, which explains the 1914 Eagleville, Connecticut postmark (Eagleville is a neighboring town to Storrs).

In the postcard’s message, Blakeslee refers to Rhizopus, a common mold, which contains a powerful toxin that became of interest to the Bureau of Chemistry in Washington and Blakeslee cooperated with the Bureau. Blakeslee also asks Gortner for a “gas alternative”, the Connecticut Agricultural College at Storrs was described as “little more than a farm school,” so the College must not have wanted to pay the cost of adding gas to one room.

In 1915, Blakeslee came back to Cold Spring Harbor to work as Resident Investigator in Genetics at the Carnegie Institution. He studied Datura, grew adzuki beans, Portulaca, and many other species searching for other favorable material for genetic research. In 1920 he began concentrating on Datura and the behavior and genetic effects of individual chromosomes and their parts through collaboration with John Belling, a distinguished Cytologist who was a Visiting Investigator at the Station. Blakeslee was able to distinguish a considerable number of cryptic or prime types, races, which were not yet different in their genes but had undergone a certain amount of rearrangement of chromosome material, a step in the process of evolution. This was progress toward the original goal of the Station for ‘Experimental Evolution’ at Cold Spring Harbor. Throughout the years, Blakeslee continued to collaborate with staff and visiting scientists at Cold Spring Harbor and made very important contributions to plant morphology and development.

When Dr. C.B. Davenport retired from his Director position at Cold Spring Harbor in 1934, Blakeslee was chosen as Acting Director of the Station, and then Director in 1925. In 1941 Blakeslee retired and left Cold Spring Harbor following twenty-six successful years of research and administration. He then went on to become a professor at Smith College in Massachusetts.