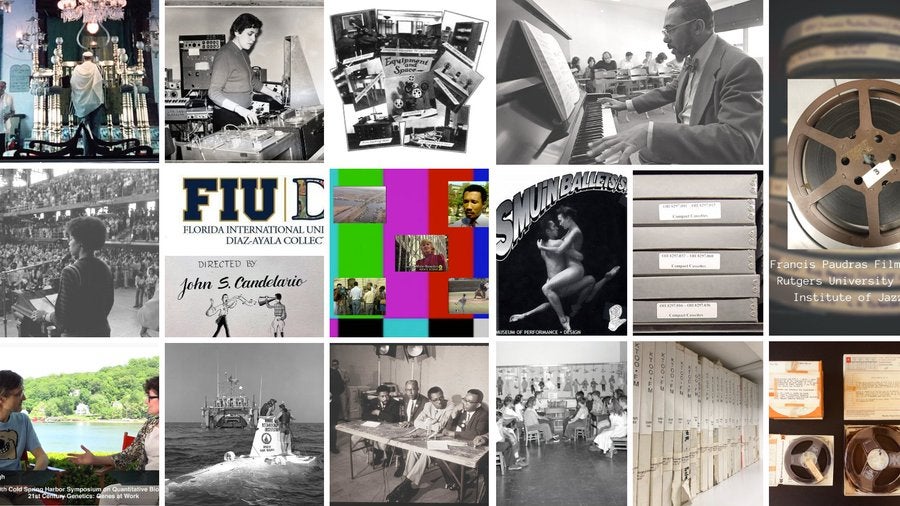 The Council on Library and Information Resources (CLIR) today announced the award of nearly $553,000 to fund 17 Recordings at Risk projects.

Analog audiovisual materials are increasingly at risk because of their fragility, lack of playing equipment, and environmental threats. The grant recipients will digitize a variety of formats using state-of-the-art technologies with the help of qualified digitization service providers. The recordings document unique voices from underrepresented communities from Alaska to Puerto Rico, examples of early distance learning, historical scientific discoveries in medicine and oceanography, and important music and artistic performances.

The CSHL Archives collection was deemed to be of high scholarly value. CSHL is partnering with George Blood, L.P. to digitize the collection which contains the oral histories of groundbreaking 20th century biological research and raw public-outreach video footage, then preserve and make them openly accessible. These unique first-person accounts from over 360 scientists include key figures in the molecular biology revolution and 20 Nobel laureates. The interviews, discussions, and presentations in our Oral History Collection detail the history of scientific discoveries, often by those who made them, and illuminate the day-to-day progress of modern biological research, and major scientific endeavors such as the Human Genome Project.

All collections discussed will be accessible, with metadata discoverable through ArchivesSpace.