The following is another post in our series highlighting the collections that are being processed through the NHPRC Basic Processing Grant. 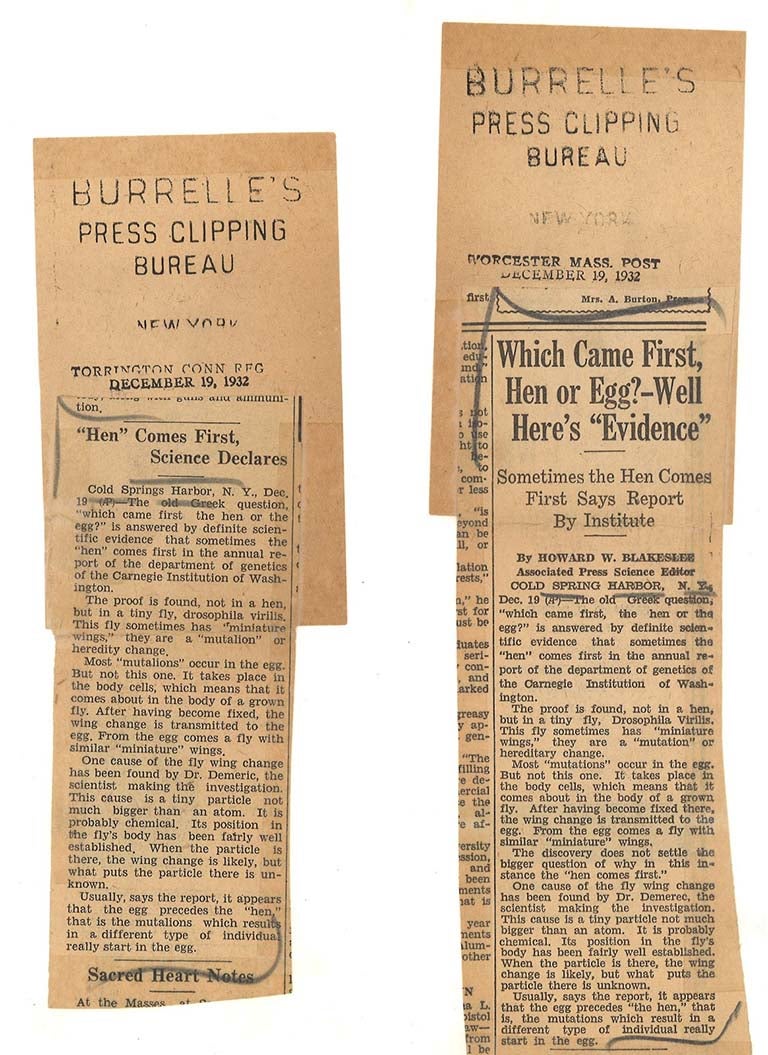 The Cold Spring Harbor Clippings Collection is a compilation of newspapers, magazines, and trade journals relating to the scientists and events both at CSHL and the scientific community at large. The Collection dates from 1903–2012. From 1924, if not earlier, CSHL or the Biological Laboratory, as we were then known, employed a clipping service to keep track of newsworthy mentions. Answering the age-old question, “Which came first the chicken or the egg?” was certainly a top story.

Discoveries and inventions were popular citations, as were obituaries. Below is the obituary of Eugene Blackford from the New York Times. Blackford was one of the founders of the Biological Laboratory and president of the Board of Managers from its inception in 1890 until his death in 1904. 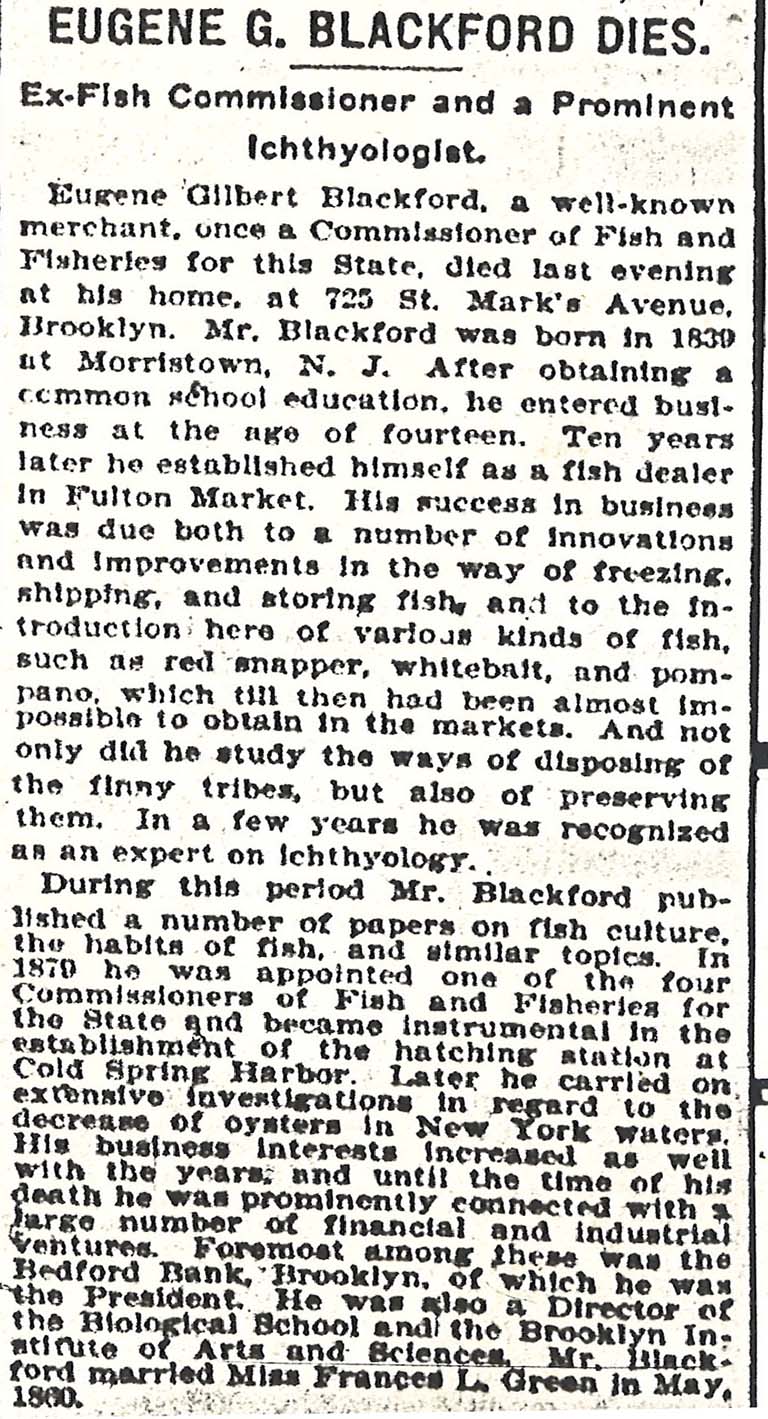 Some of the more interesting finds in the Clipping Collection were not so much what was clipped or saved but from whence they came. When possible I noted the newspaper cited. This showed the wide breadth of the Lab’s outreach, notable for the pre-internet, pre-television days.

Whether an independent newspaper such as the Locust Valley Leader, or part of a conglomerate such as Richner Communications which owns the Herald Community Newspapers listed above as well as the Oyster Bay Guardian, what they all have in common is the lack of an indexed searchable archive. A few newspapers are available at local libraries on microfilm, but most are not. A researcher does not have any way of searching through past issues other than prevailing upon the altruistic nature of the publisher to manually go through the stacks. Therefore, the Clippings Collection becomes extremely important in studying the local events in CSHL history such as the community conflict over the widening of Route 25A and the proposed Lab building expansion plans in the late 1990s. The situation and extenuating circumstances were not widely covered by Newsday and the New York Times (n.b. the Newsday Archive only goes back until 1985 although the paper has been in published since 1940). The Clippings Collection is the only substantial record of those events and it cannot be reconstructed through online sources.

At this time, the Clipping Collection dwindles through the 2000s and peters out with a few clippings in 2011 and one article for 2012. Given the above circumstances of no searchable local news archive for the foreseeable future, I recommend that the Archives maintain a collection of local newspapers. Newspapers to include are: Huntington News, Locust Valley Leader, Long Islander, Oyster Bay Enterprise Pilot, and the Oyster Bay Guardian.

Below is a list of New York Newspapers found in this collection:

On this episode, Base Pairs looks into the eugenics movement, including the record kept in CSHL.   Read more »