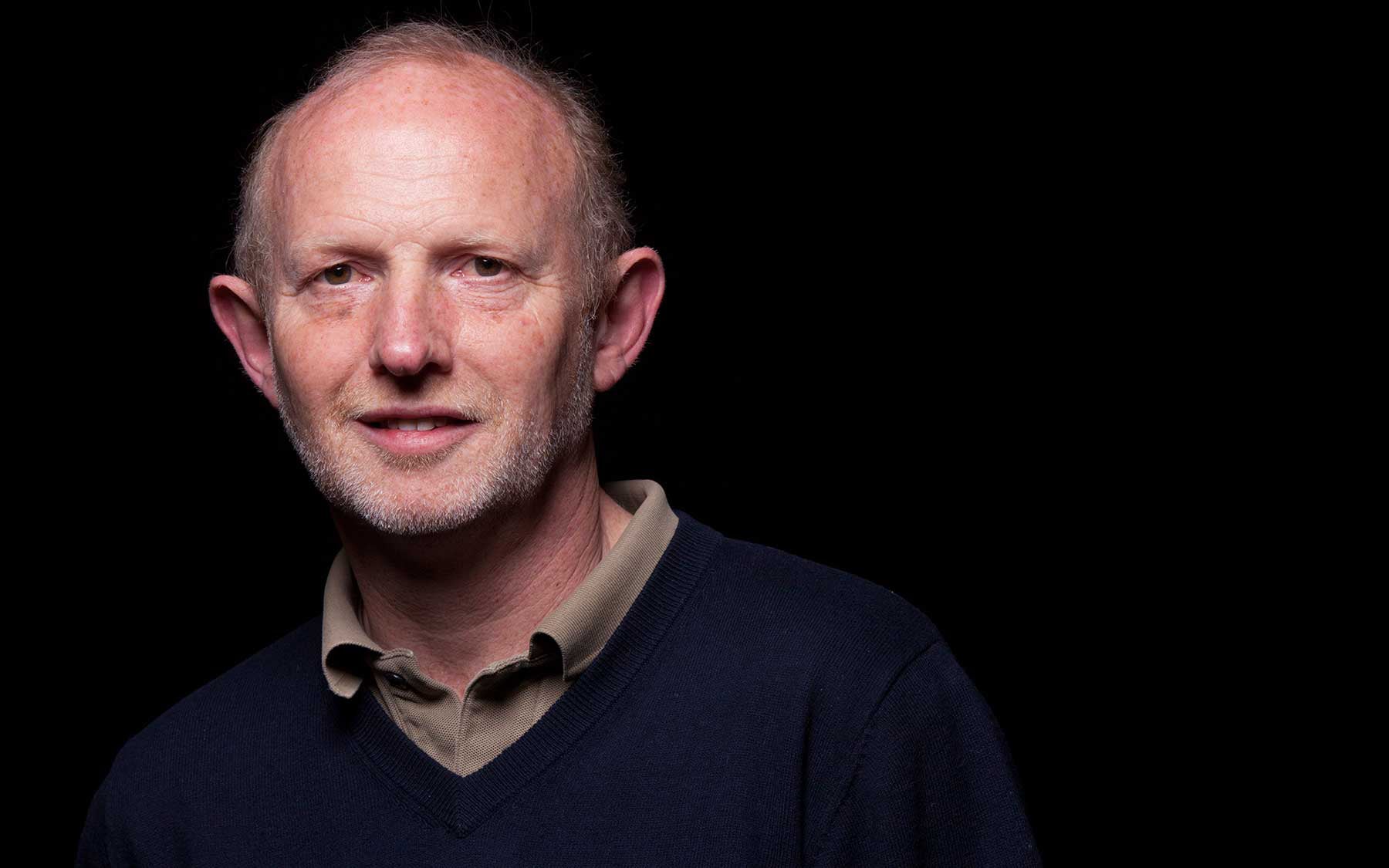 Cold Spring Harbor, NY — The Howard Hughes Medical Institute (HHMI) and the Gordon and Betty Moore Foundation (GBMF) have selected Professor Rob Martienssen, Ph.D., of Cold Spring Harbor Laboratory (CSHL) to join a new initiative to accelerate basic research in fundamental plant science. Dr. Martienssen is one of 15 of the nation’s most innovative plant scientists who have been named HHMI-GBMF Investigators in plant sciences.

“We selected an outstanding group of plant scientists who will make extraordinary contributions to the field,” said Jack E. Dixon, HHMI Vice President and Chief Scientific Officer. The Investigators represent 13 institutions from across the United States, and were selected on the basis of individual scientific excellence from a group of 239 applicants. Through the HHMI-GBMF Plant Science Program, Dr. Martienssen will receive the flexible support necessary to move his research efforts in creative new directions. He and the other newly named Investigators will share $75 million in research funding over the next five years.

“On behalf of the entire faculty of CSHL, I congratulate Rob on this honor,” said CSHL’s President Dr. Bruce Stillman, Ph.D. “His appointment, which continues the rich tradition of CSHL scientists being named HHMI investigators, is testament to CSHL’s efforts in pursuing research that is beneficial to mankind in many, lasting ways.” CSHL’s other HHMI investigators include structural biologist Dr. Leemor Joshua-Tor; Dr. Gregory Hannon, a pioneer in the field of RNA interference; and Dr. Scott Lowe, a leading researcher in cancer biology.

Basic research in the plant sciences has been historically underfunded despite the critical role of plants in solving society’s most urgent issues such as food security, better nutrition, and sustainable energy and environment. The HHMI-GBMF Plant Science Program was launched last year in the hope that investing in the research of the nation’s top plant scientists will address these concerns in a timely way. “We are as excited as these scientists are to begin putting their best ideas into action,” said HHMI President Dr. Robert Tjian, Ph.D.

Dr. Martienssen, who leads the plant biology group at CSHL, is a pioneer in unraveling epigenetic mechanisms, which help control how genes work. He is also an expert on transposons—mobile genetic sequences that their discoverer, CSHL Nobelist Barbara McClintock, tabbed “jumping genes” for their ability to skip around the genome, thereby altering gene activity. Martienssen studies how transposons regulate genes and how they themselves are regulated during plant development.

Studying transposons in maize plants in the late 1980s, Martienssen discovered a gene-controlling mechanism that was based on the attachment of chemical methyl groups to transposons. He showed that methylated transposons were inactive and altered the regulation of neighboring genes.

This and other work on transposons led Martienssen, who moved to CSHL in 1989 from UC Berkeley, to a major discovery about a gene called Argonaute. While studying mutants of Arabidopsis plants in which leaves failed to distinguish between up and down directions and therefore grew improperly, Martienssen discovered that the Argonaute protein normally guided this process by directing small bits of RNA to shut off certain genes in specific leaf cells.

The discovery of the link between Argonaute and this RNA-guided gene silencing or RNA interference (RNAi), a mechanism that had been recently discovered by other scientists, triggered several new lines of investigation in the field, which has since remained one of the hottest areas in biological research.

Following up on Argonaute’s other biological roles in fission yeast, Martienssen and his colleagues made a discovery that became part of Science magazine’s “Breakthrough of the Year” in 2002. They showed that small RNAs guide the attachment of methyl groups to histones—proteins that package DNA—in transposon-rich regions of the genome. By causing these regions to become tightly wrapped and compacted, the methyl modifications of histones “silence” the DNA sequences within.

This link between RNAi, histone modification and chromatin structure “has made people really think about how RNAi silences genes and transposons,” says Martienssen, who has since made several other landmark discoveries about how these epigenetic modifications are transmitted from one generation to the next.

In addition to these efforts, Martienssen has also developed a gene-knockdown strategy using transposons in maize and Arabidopsis that has become a powerful and widely used tool in plant genetics research. Martienssen has also led projects to improve sequencing technology and sequence the genomes of food crops as well as plants that have the potential to be developed as biofuels.

After helping to sequence the genome of Arabidopsis in 2000, Martienssen and other CSHL scientists used his insights into DNA methylation to develop a method called methylation filtration to capture only the gene-rich areas of the genome for sequencing. This innovation helped them complete the sequencing of the genomes of rice in 2005 and corn in 2009.

Studies on identifying the genes in plants’ RNAi pathways recently led Martienssen to make yet another surprising link, between transposon silencing and a plant’s ability to sexually reproduce. Working with colleagues at the Center for Research and Advanced Studies of the National Polytechnic Institute in Mexico, Martienssen and his colleagues have found that mutating the Argonaute 9 gene, which normally suppresses transposon activity, promotes apomixis, a form of asexual reproduction. Since it allows the production of seeds that are essentially clones of their parents, achieving apomixis is a holy grail for breeders trying to grow high-yield crops. Having used this information to coax a sexually reproducing plant to the brink of asexual reproduction in 2009, Martienssen is now finding ways to perfect this process.

Dr. Martienssen received his B.A. in Natural Sciences (Genetics) from Cambridge University, England, in 1982, and his Ph.D. from the Plant Breeding Institute and Cambridge University in 1986. He held an EMBO postdoctoral fellowship at the University of California at Berkeley from 1986-1988 before taking a faculty position at CSHL in 1989. Dr. Martienssen was a co-recipient of the Kumho International Science Award in 2001, and was the 2003 recipient of the Newcomb Cleveland award, an acknowledgment by AAAS that his 2002 paper in Science magazine was the best of the year. He was appointed a Fellow of the Royal Society of London in 2006.

The Howard Hughes Medical Institute is dedicated to discovering and disseminating new knowledge in the basic life sciences. HHMI grounds its research programs on the conviction that scientists of exceptional talent and imagination will make fundamental contributions of lasting scientific value and benefit to mankind when given the resources, time, and freedom to pursue challenging questions. The Institute prizes intellectual daring and seeks to preserve the autonomy of its scientists as they pursue their research. Founded in 1953 by aviator and industrialist Howard R. Hughes, HHMI is headquartered in Chevy Chase, Maryland, and employs more than 3,000 individuals across the United States. It has an endowment of $14.8 billion.

About The Gordon and Betty Moore Foundation

The Gordon and Betty Moore Foundation, established in 2000, seeks to advance environmental conservation and scientific research around the world and improve the quality of life in the San Francisco Bay Area. The Foundation’s Science Program aims to make a significant impact on the development of provocative, transformative scientific research, and increase knowledge in emerging fields.