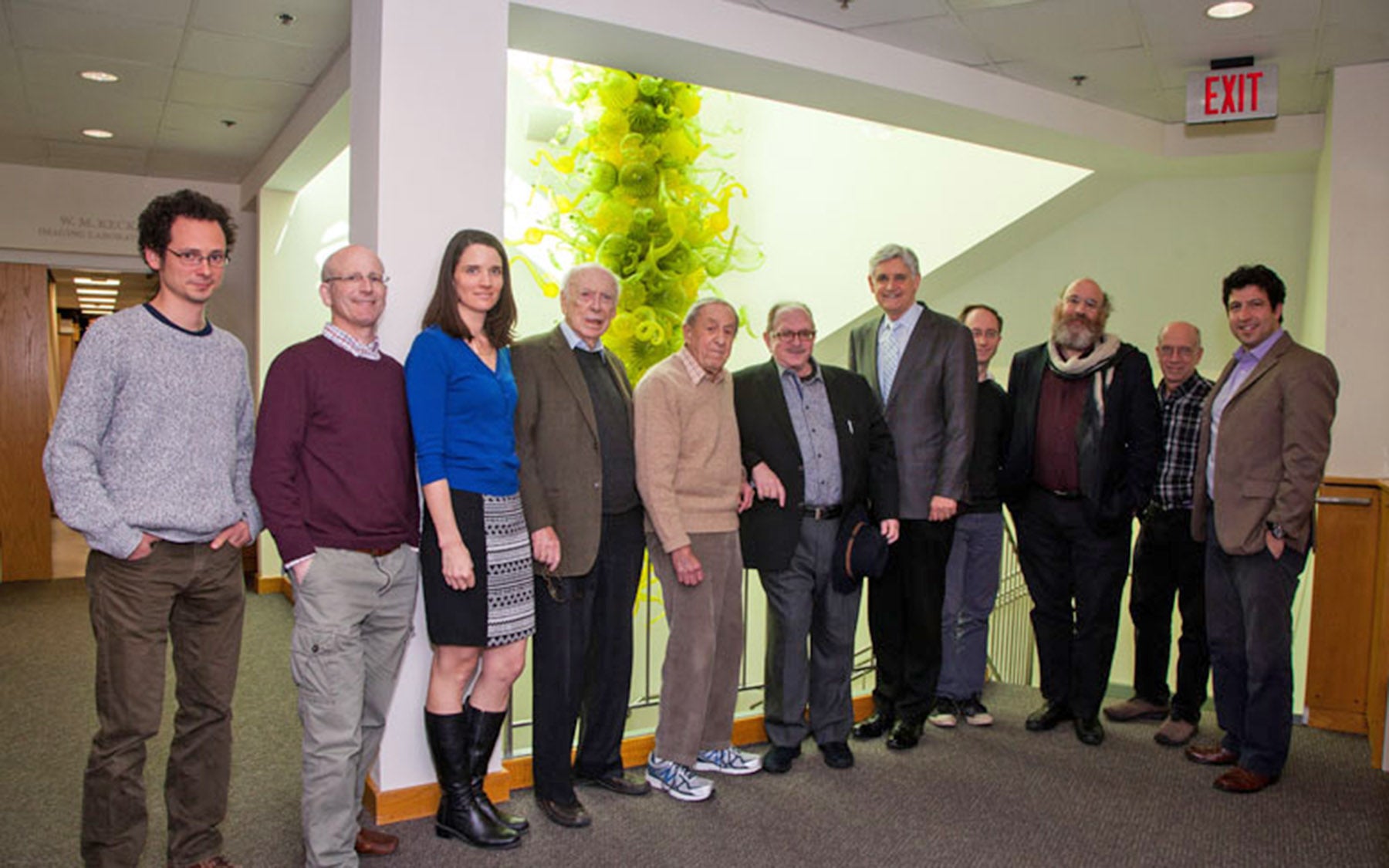 An official recognition of Jerome Swartz for his 25+ years of friendship and generous support of Cold Spring Harbor Laboratory neuroscience programs was held on Wednesday, April 1 with the dedication of the Swartz Centers for Theoretical Neuroscience and Neural Mechanisms of Cognition.

Jerry, co-founder and former CEO of Symbol Technologies was the 1999 recipient of the National Medal of Technology.  He currently heads the Swartz Foundation with the mission of  integrating problem-solving approaches from physics, mathematics, electrical engineering and computer science into neuroscience research, to better understand the relationship between the human brain and mind, one of the great frontiers of 21st-century science.

Jerry’s initial gift to CSHL was for a 1998 Banbury meeting on Neuro Computational Strategies.  His involvement at the Laboratory has grown over years into leadership as a member of our board of trustees and partnership in the development of groundbreaking neuroscience initiatives through support of post-doctoral research, conferences, workshops and seminars.