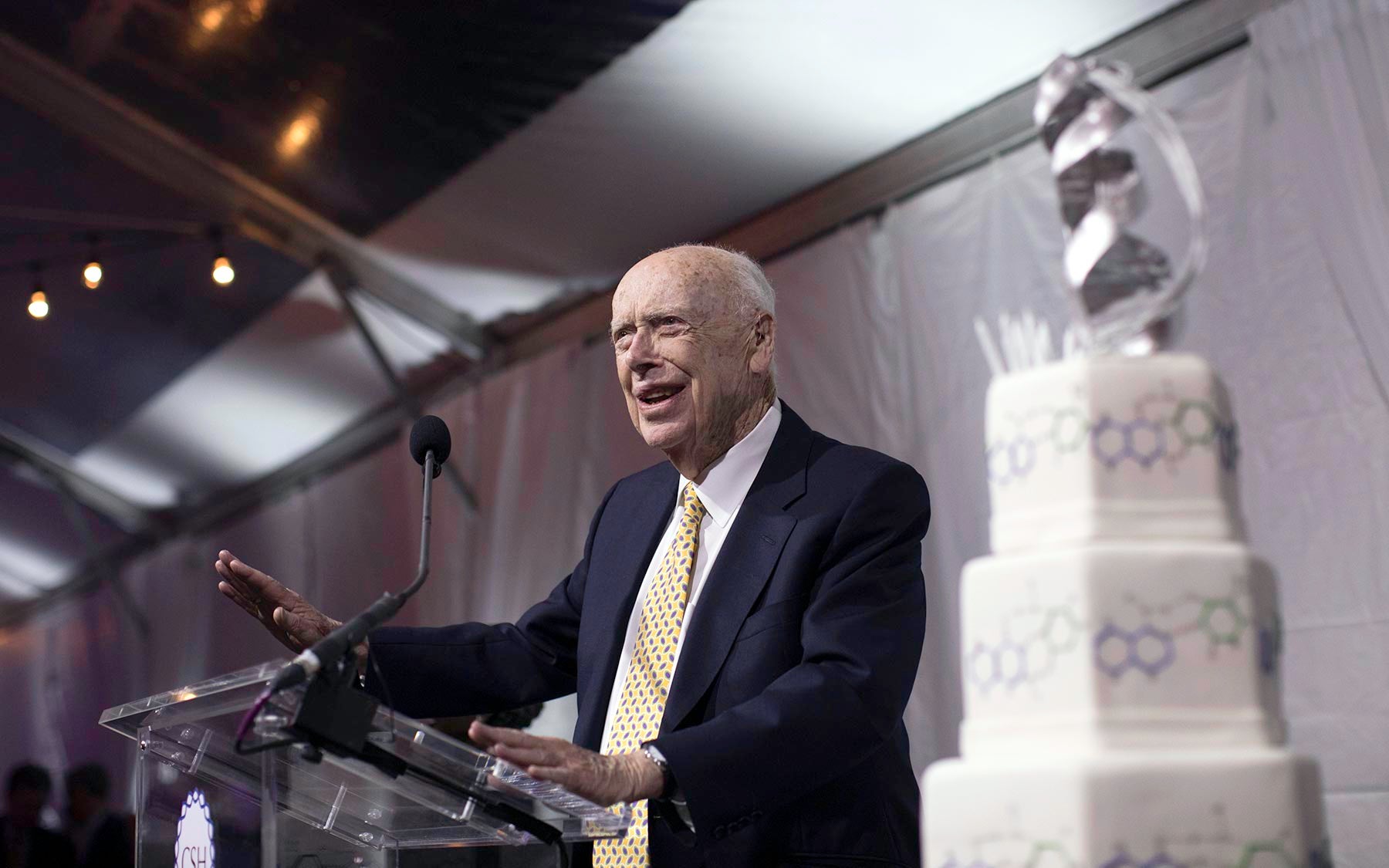 Nobel laureate James D. Watson celebrated his 90th birthday on Friday, April 6 with a gala piano concert and dinner at Cold Spring Harbor Laboratory. The one-hour concert in Grace Auditorium was a gift to Jim from world-renowned pianist Emanuel Ax, who played pieces by Mozart, Liszt and Beethoven. In addition to Jim’s 90th birthday, 2018 is also his and his wife Liz’s 50th year at Cold Spring Harbor Laboratory and their 50th wedding anniversary.

Eight Nobel laureates and many other giants in the worlds of biotech, genetics and scientific publishing were among the 400 guests gathered to celebrate their good friend and toast his extraordinary contributions to science and society. The gala became a homecoming party for scientists from around the world who have enjoyed a close relationship with the Laboratory.

Jim won the Nobel Prize with Francis Crick and Maurice Wilkins in 1962 for their discovery of the molecular structure—the double helix—of DNA, revealing how genetic information is stored and transmitted from one generation to the next. Several weeks after the historic discovery, in February 1953, Jim spoke publicly about it for the first time—at a meeting at Cold Spring Harbor. A frequent CSHL meeting attendee, Jim eventually became the Laboratory’s director in 1968 while still a professor at Harvard.

With vital help from Liz, whom he married in 1968, Jim transformed the Laboratory, greatly expanding its funding, shifting emphasis to cancer research and growing it into a world-leading scientific research and education center. Between 1988 and 1992, Jim helped establish and served as first director of the NIH’s Human Genome Project, one of the most consequential projects in the history of science.

Jim’s contributions to scientific education have been no less important than to research. He greatly expanded the Meetings & Courses programs at CSHL, and wrote the classic textbook Molecular Biology of the Gene, which revolutionized the style of science textbooks. This was followed in 1968 by the bestselling The Double Helix, which caused sensation for its candor. It is listed by the Library of Congress as one of 100 “Books That Shaped America.”

The birthday gala was a benefit, which raised over $750,000 toward a future endowed professorship at the Laboratory in his honor.