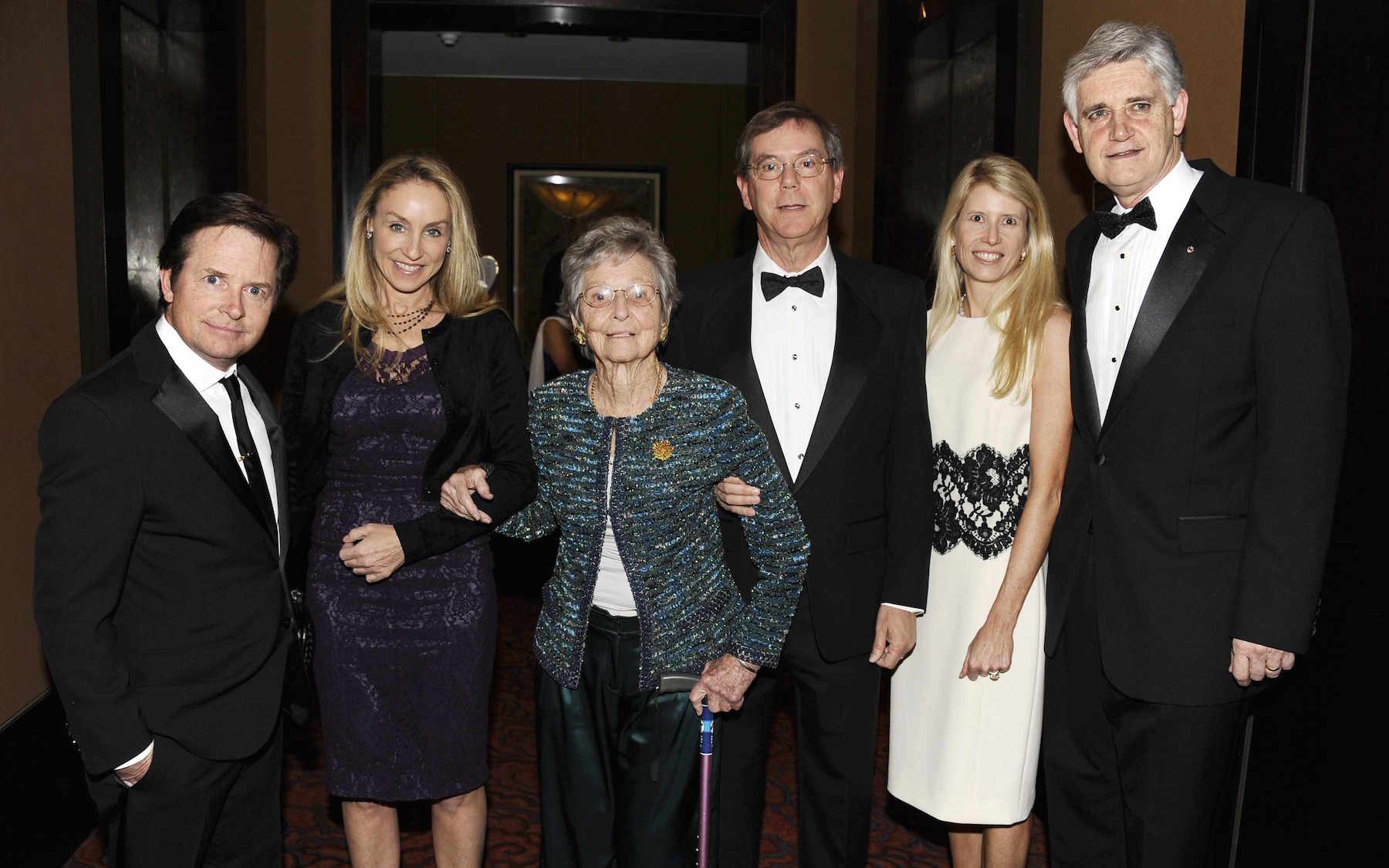 The Double Helix Medal recognizes esteemed individuals who have positively impacted human health by raising awareness and funds for biomedical research. Driven by passion, intellect and vision, each has boldly participated in the fight to find cures for the diseases that plague us.

“Arthur Levinson, Mary Lindsay, and Michael J. Fox have each contributed to biomedical research and the advancement of better medicines,” said CSHL President Bruce Stillman, who stressed that CSHL’s ability to attract philanthropic support continues to be a source of great strength for the Laboratory.

Arthur D. Levinson, Ph.D., is Chairman and former CEO of Genentech, as well as Chairman of the Board of Apple Inc. After working as a postdoctoral investigator at the University of California, San Francisco for Michael Bishop and Harold Varmus, who later won the Nobel Prize for their research on cancer genes, Levinson joined Genentech as a research scientist shortly after the company was formed. There he helped grow Genentech into a foundational force in the nascent biotechnology industry as the firm employed recombinant DNA technology to develop a new generation of therapeutics for infectious disease, diabetes, heart disease and cancer, benefitting millions of patients worldwide.

Mary D. Lindsay has been a friend and an advocate of CSHL for well over 50 years. A nurturer by nature, she obtained her R.N. in 1945 and worked as a nurse in New York and Connecticut until moving with her husband George to Laurel Hollow in the 1950s. Through her involvement with the CSHL Association, she became concerned for the families of young scientists who came to the Laboratory from across the country and around the world. Lindsay was instrumental in a lengthy but successful quest to establish CSHL’s Child Care Center. An inspiration to all who have had the opportunity to work with her, she remains an extraordinarily hard-working advocate for health, women’s rights and social equality.