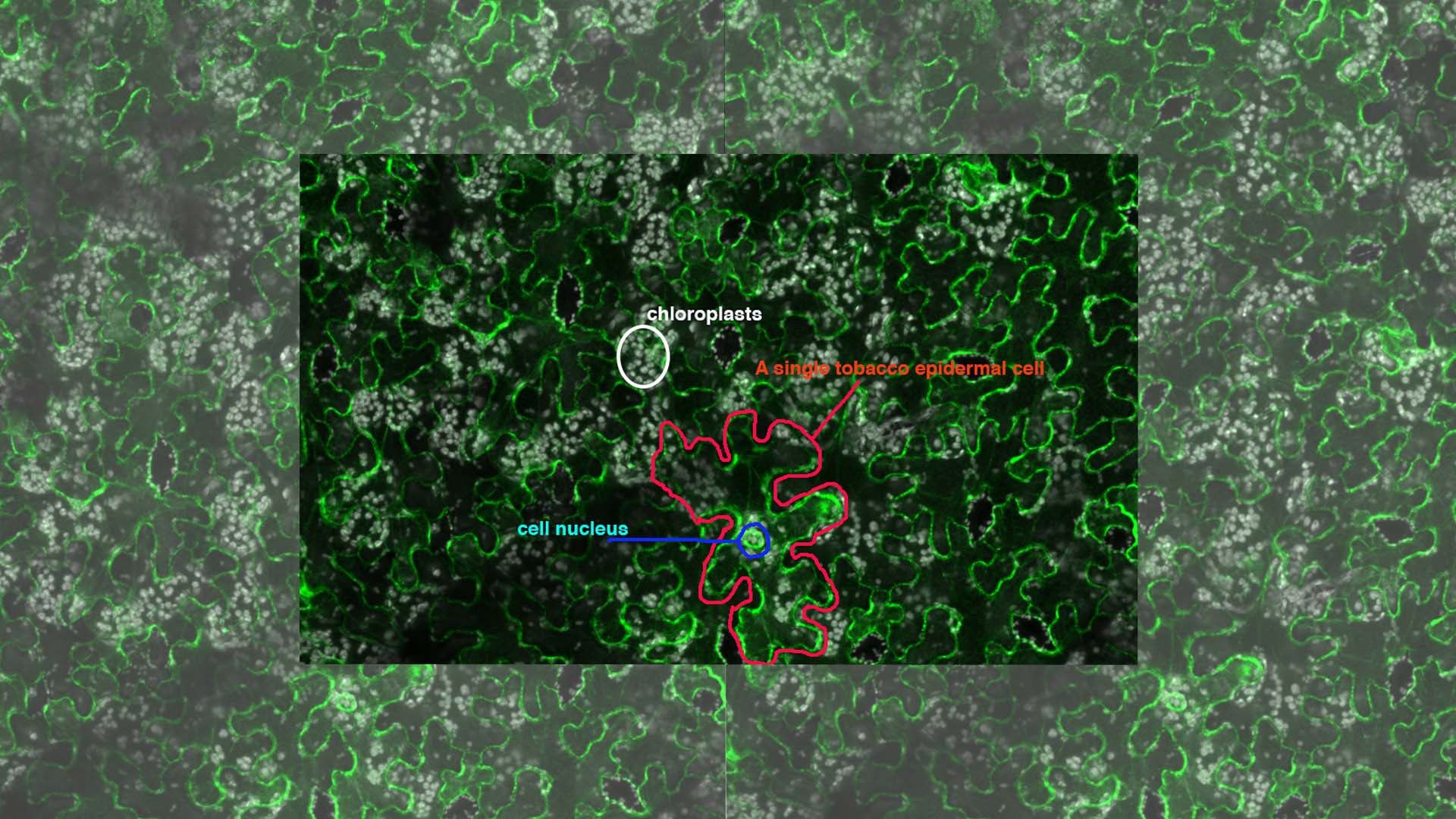 Purified coronavirus proteins are important for coronavirus research, making vaccines, and testing patient sera for immunity. But viral proteins are in short supply, so CSHL plant scientists are joining an international effort to make them quickly and cheaply.

When Cold Spring Harbor Laboratory (CSHL) was asked to help produce critically needed reagents (coronavirus proteins) for COVID-19 research, the Lab’s plant biologists came up with a plan: Let’s produce the requested proteins cheaply, quickly, and in large quantities, in tobacco and duckweed.

CSHL Professor David Jackson said that for the plant researchers, it all started in the beginning of April 2020, when, “David Ho, who’s a famous virologist from Columbia University, contacted a few people at Cold Spring Harbor to request that they make proteins encoded by the coronavirus. He wants to have these proteins for developing diagnostic tests, like serum antibody tests and for just doing basic research about what kinds of antibodies patients make when they’re infected with coronavirus.”

David Ho’s effort is garnering a great deal of attention by scientists, funders (including the Chinese tech mogul Jack Ma), and the press. Several CSHL cancer biology and genetics labs immediately set to work. But it is hard to grow enough proteins for Ho’s planned work using traditional methods. CSHL Assistant Professor Ullas Pedmale was speaking with his wife, Priya Sridevi, who is coordinating CSHL’s COVID-19 research projects, about the CSHL professors producing the proteins for Ho when he realized, “Tobacco would be a good system to do this cheaply.”

Jackson had a similar thought: “So I was in a faculty meeting where they were discussing this and it immediately came to mind that people use plants to express proteins at high levels.”

In their pre-COVID-19 research, Pedmale and Jackson frequently worked with a tobacco plant system to express non-tobacco proteins at high levels. They decided to try coronavirus proteins in that system. Their teams infected tobacco plants with a special plasmid vector–a genetic delivery system–containing the gene for a coronavirus protein and the instruction to make a whole lot of that protein. Jackson said, “It’s a very fast system and it’s also very cost-effective compared to a mammalian or insect cell culture. And people have developed systems where you can really isolate high levels of specific proteins from plants.”

CSHL Professor Rob Martienssen works with a slightly different plant system–genetically transformed duckweed–that takes longer to start up but which could yield even more protein in the long run. Duckweed is a type of plant that can reproduce without needing to make seeds. “And so it can very rapidly make a large amount of biomass. In fact, duckweed has been used in the past to make even human antibodies because it can generate large amounts of protein,” noted Martienssen. “Once it’s worked in tobacco, we are putting those same proteins, using the same vector, into duckweed. And so we hope to have some duckweed ready to start growing in maybe a month or two.”

Martienssen recalled, “We just talked about which parts of the virus would be the best to produce. There are different reasons to pick different parts. We can’t do every possible thing.” They decided that Jackson’s lab would grow the coronavirus spike protein and Pedmale would work on the nucleocapsid protein.

These experiments have just begun, and though early findings are promising, they do not have results yet. While the researchers are optimistic, there are no guarantees this will work for the purposes of coronavirus research in humans. For example, Jackson pointed out, “Basically plants and animals have the same genetic code, but you can say they have a different dialect. They use slightly different words to code the same amino acids.” And there are times when that difference in dialect prevents the plant from making the protein. To address that, scientists can tweak the spelling from being optimal for human viruses to being optimal for plants.

A second problem is that once a protein is made, it needs to be modified and packaged. In order to be helpful to COVID researchers, the coronavirus proteins need to be modified correctly, and plants and animals differ in the way they do that packaging.

That problem does not worry the scientists either. If necessary, the Martienssen lab can work with genetically modified strains of duckweed that use human forms of spelling. “It’s called humanizing the plant,” Martienssen chuckled. With new discoveries about how coronaviruses manipulate intracellular machinery, there is plenty of science for his lab to pursue. “I’ve been approached by people around the world who want us to participate with them in a project to do just this sort of thing. And hopefully there’ll be funding in place to do it.”

Pedmale is glad that his lab can produce something useful for coronavirus research. “I’m trying to help people who are researching COVID-19. It’s something beneficial that we can do to try to alleviate this terrible disease.”

Why use tobacco for viral research? CSHL Professor David Jackson explains the history:

“You might think it’s unusual to use tobacco for this kind of experiment, but it turns out that the first virus ever identified in any species was from tobacco. Actually, it was in the 1890s—and of course people grow tobacco even today for cigarettes and things—but back then it was a popular crop and they noticed that some of their crops were getting diseased. From that they isolated the first-ever known virus. Since then, plant biologists have used tobacco as a model system to understand how viruses grow and how they infect plants. And people have developed these systems to express proteins at very high levels in tobacco using viruses. There are several companies started up to use tobacco on a commercial level to produce different pharmaceutical proteins.”

Purified coronavirus proteins are important for coronavirus research, making vaccines, and testing patient sera for immunity. But viral proteins are in short supply, so CSHL plant scientists are joining an international effort to make them quickly and cheaply.