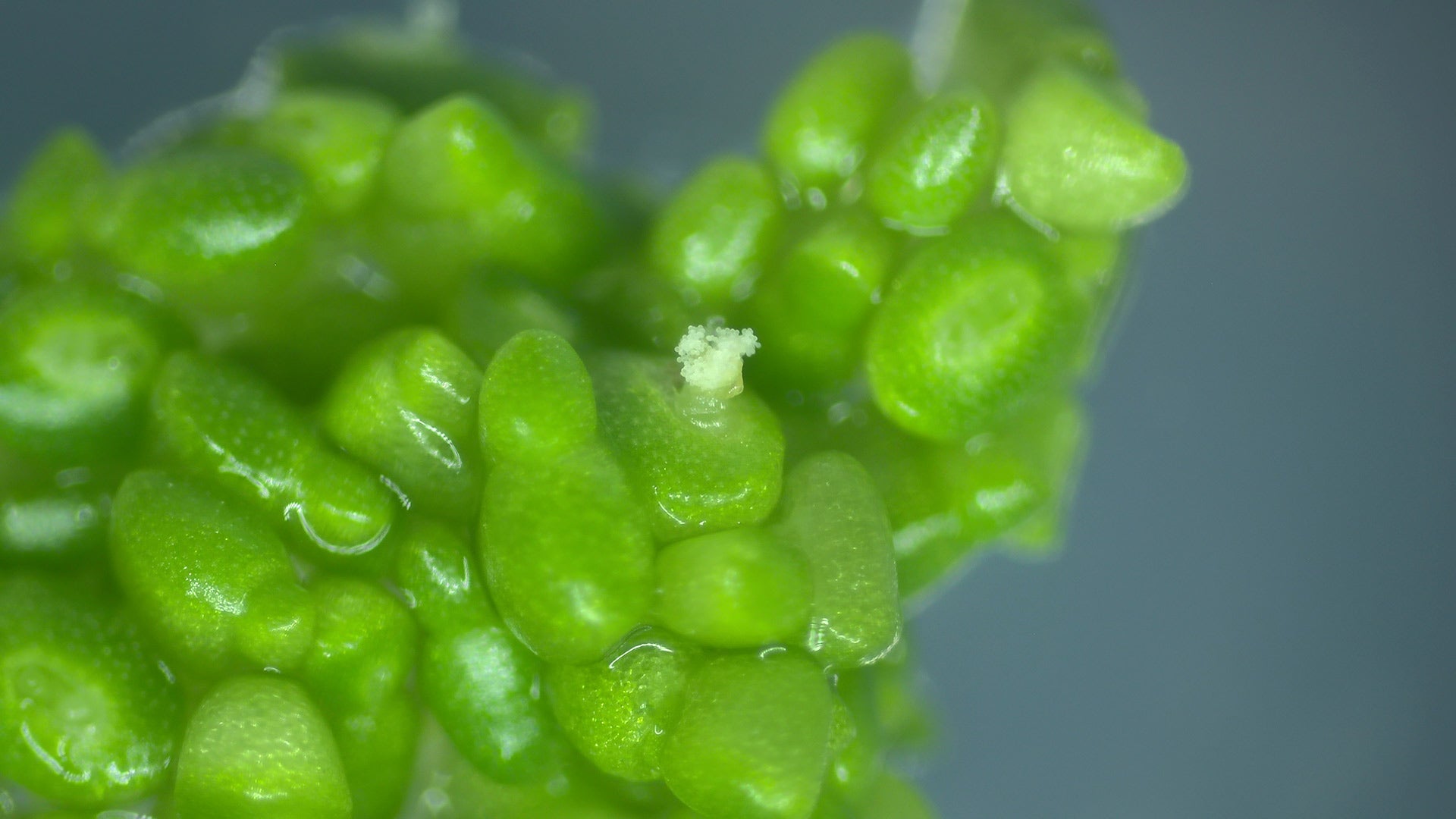 Fossil fuels are killing the planet. Oil-producing plants like oil palm and soybeans could make for sustainable replacements. And yet, each of them also has a significant environmental impact. But now, thanks to plant biologists in New York, the humble aquatic duckweed plant may offer a more sustainable source of oil for biofuels and other bioproducts.

Over a decade ago, Cold Spring Harbor Laboratory (CSHL) Professor and HHMI Investigator Rob Martienssen and Computational Analyst Evan Ernst laid the foundations for the world’s first high-yield oil-producing duckweed. They followed that up in 2014 with a fast and effective technique for editing duckweed genes. Now, they’ve helped raise the bar again.

This year, in collaboration with Brookhaven National Laboratory, Martienssen and Ernst engineered a duckweed strain that yields seven times more oil than soybeans and around the same amount as oil palm fruit. Scaling up oil-producing duckweed to industrial levels could lead to greater renewable fuel production. And it would help the U.S. meet its goal of net-zero carbon emissions by 2050.

Duckweed is the fastest-growing seed plant in the world. Unlike oil palm and soybeans, land doesn’t have to be cleared to make room for its cultivation. The versatile plant is found worldwide in ponds, lakes, and marshes. Duckweed can even grow in farm runoff, where it uses wastewater as fertilizer.

“It’s very opportunistic,” Ernst says. “You’ll find it pretty much wherever—as long as there’s enough nitrogen, a decent amount of phosphate, and not too much salt in the water.”

Developing more sustainable fuel sources is an important piece of the puzzle to address climate change. However, Martienssen says, his team’s “interest in duckweed goes well beyond biofuels.”

The Martienssen lab’s previous duckweed research focused on the plant’s potential as a carbon sink. Despite its small stature, duckweed can absorb large amounts of carbon dioxide (CO2) during photosynthesis. Martienssen says CO2 emissions from power plants, refineries, and even the earth itself could all be taken down by duckweed. This makes it perfect for various carbon capture and soil enrichment strategies.

“It doesn’t have to balance water vapor loss with CO2 consumption,” he explains. “As a result, you can increase the level of CO2 in the ambient atmosphere up to more than 10 times what it is right now, and duckweed will continue to increase its consumption and photosynthetic rate in response.”

Looking beyond emission reductions, Martienssen and Ernst are now working to turn duckweed into a global source of healthy plant-based foods. Although it’s been grown and eaten in Southeast Asia since the Middle Ages, duckweed is not yet positioned for large-scale food production. But its small size and easy cultivation make it ideal for vertical farming.

“Duckweed basically farms itself,” Ernst says. “It’s continually growing copies of itself, which then detach from the plant and propagate. Cultivation requires very little intervention besides maintaining fertilizer levels and harvest.”

The team is now partnering with an indoor vertical farming company to scale up duckweed as a future source of plant-based protein. “We have a fantastic foundation on which to build, using duckweed to address climate change,” Martienssen says. “Certainly carbon capture and biofuels are very important first steps, and plant-based proteins are poised to significantly reduce agricultural carbon emissions as well.”

December 19, 2022: Cold Spring Harbor Laboratory and Crop One Holdings, an industry leader in technology-driven indoor vertical farming, today announced that the two organizations have received a $1.5 million cost-matching grant from the Foundation for Food & Agriculture Research to help scientists develop a means to efficiently grow plant-based dietary protein via controlled environment agriculture. Click here to read the full announcement from Crop One.

Big plans for a tiny plant

On this episode of Base Pairs, Rob Martienssen discusses how duckweed could be the next biofuel and help combat climate change   Read more »

How to bury carbon? Let plants do the dirty work.

Carbon sequestration could slow or reverse human emissions—and nothing is better at sequestration than a green plant.   Read more »