Home / Banbury Center / The origins of a map: From Banbury to the BICCN 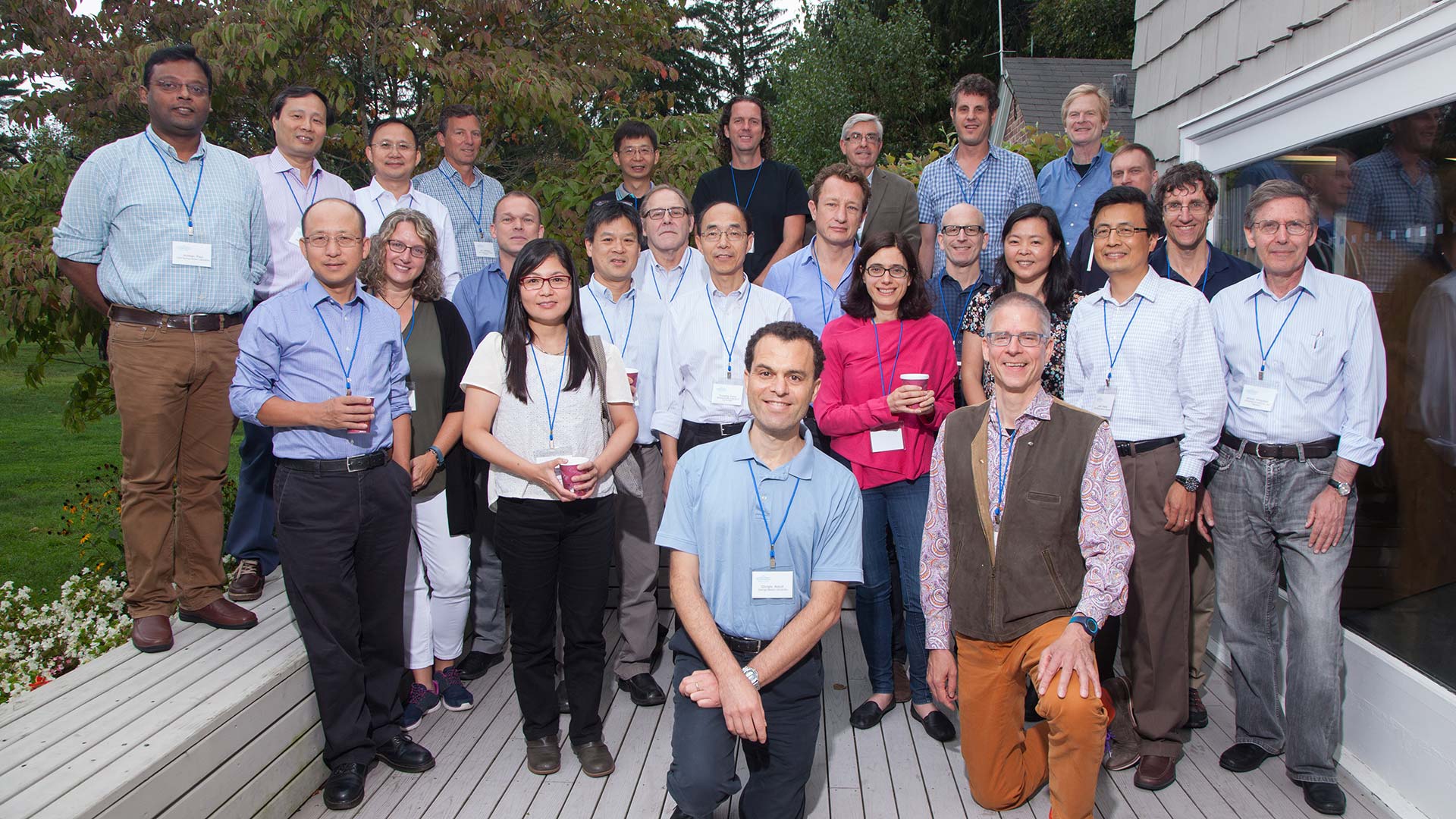 Group photo of the 2016 Mammalian Brain Cell Diversity and Census meeting attendees at the Banbury Center.

Twenty-nine scientists sat around tables bathed in the warm sunlight of a late summer morning in September 2016. The experts who met in the glass-walled conference room that looked out over the Banbury Center estate hailed from around the world; some had traveled from London, Geneva, Stockholm, and Wuhan, while others had commuted an extra 15 minutes from their offices at Cold Spring Harbor Laboratory. The conference program (PDF), tucked into laps, folders, and suit jackets, named the event, “the Mammalian Brain Cell Diversity and Census” meeting and listed a schedule packed with presentations and discussion sessions that spanned topics from cell diversity in the nervous system to tools for automated mapping of the brain. The attendees themselves represented a vast and varied collection of knowledge, ranging from chemical engineering to molecular neuroscience to computer science. For the duration of their closed meeting, these specialists discussed the possibility of mapping humanity’s next frontier: the brain.

Over the last five years, several of the participants who attended that meeting have since established the NIH-funded BRAIN Initiative Cell Census Network (BICCN) which completed its first major milestone paper in early October. BICCN is building a publicly available atlas of high-resolution images of different types of brain cells. Here, the Banbury Center looks back at the meeting that sparked the origins of the census project.

The new BICCN update includes a large collection of research and datasets that map the cells of the mammalian primary motor cortex down to the molecular level. The data and the companion overview flagship paper were published in Nature. Before any of that could become possible, though, the Cell Diversity and Census meeting first stimulated the conversation. The primary goal of the meeting was to, “discuss the potential to coordinate the production of broad reference cell catalogs for the vertebrate (mammalian) brain.” The organizers of the meeting hoped that, with this knowledge, “novel genetic and non-genetic tools can be developed to accurately deliver genes, proteins, and chemicals to specific cells of interest in order to manipulate cells and circuits…in animals and, potentially, in humans.” Understanding the system and each of its parts could help science develop ways to address neurodegeneration and neuropsychiatric disease.

At the time of the Cell Diversity and Census conference, the conference organizers wrote, “Using novel tools and integrated approaches, scientists can profile molecular and cellular phenotypes like never before…” Presenters discussed different types of data and ways that cells could be classified, including molecular profiling, morphology, connectivity, lineage mapping, and functional measures such as physiology and calcium imaging.

By the time conference attendees left on the final day, they had discussed and debated suggestions and recommendations and had begun to set up plans for how data could be shared openly, freely, and quickly with one another. Many of the attendees from the conference remain closely involved with the BICCN census today. Their work will continue to map out the path of neuroscience research for years to come.