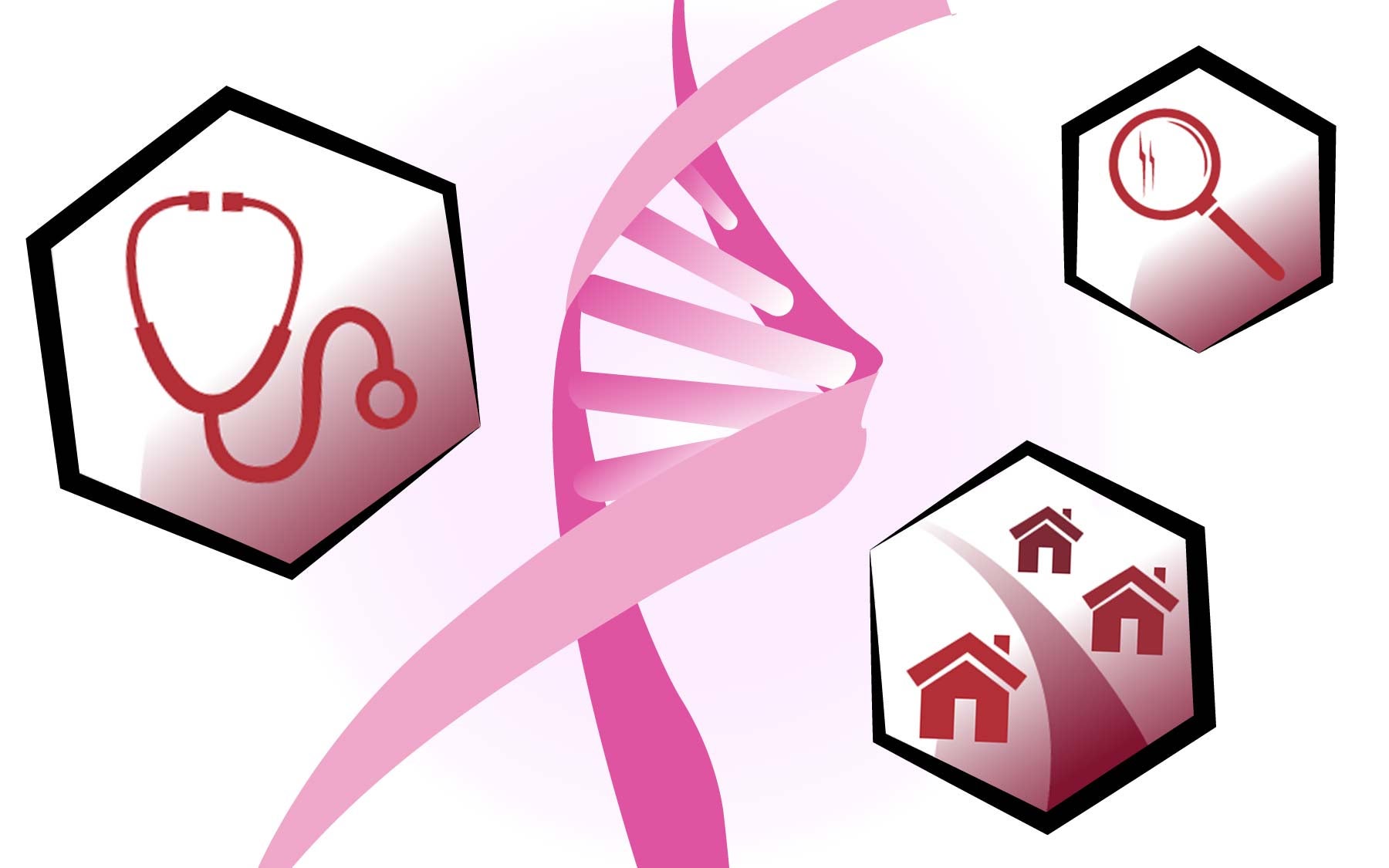 Treating breast cancer isn’t just about battling “bad” cells. Part of the challenge is understanding how the “home” that cancer cells make can affect the course of the illness. Each patient, each tumor, is different. Mikala Egeblad’s lab at CSHL uses advanced imaging technologies to watch tumors interact with neighboring healthy cells (and drug-treated cells) in real-time.

In time-lapse microscopy, myeloid cells (green) are shown infiltrating an area of massive cell death (red) in a mouse treated with the anti-cancer drug doxorubicin.

Egeblad’s work shows us that even “good” cells can help cancers grow—their neighborly instincts working against the patient. It’s this attention to all the players in a cancer cell’s world that is leading to improved and precise treatment options. Of course, it’s not just a cell’s neighbors that doctors need to worry about. CSHL President Bruce Stillman—who directs the CSHL Cancer Center—specializes in understanding how cells copy their genetic material. His lab recently has found that very specific protein signals from the body can promote cell division in breast cancer cells, causing rampant tumor growth. With their target acquired, the team Stillman’s lab is now working to better understand this unsavory relationship, hoping to pave the way for therapies to bring these deadly growth signals under control.

Camila dos Santos and her team share a passion for knowing every inch of the battleground—the complex tissues of the breast—in health and illness. They’re studying patterns of gene activity in healthy breast cells, and how they change after a first pregnancy. It turns out that a mother’s genes and breast cells remember pregnancy, and this appears to increase future breast cancer susceptibility. Armed with knowledge stemming from this research, doctors may one day be able to block the cancer process from getting started in the first place.

Cancer is adept at the art of invasion. But if we can access its battle plans, then we can craft counterattacks that are equally sneaky. Alexander Krasnitz and colleagues are key members of CSHL’s breast cancer counterintelligence team. They’re the codebreakers, using mathematical methods to identify and analyze clues hidden in billions of letters of genetic code about the mutations that drive individual breast cancers. With new technology that allows scientists to sequence the genome of a single tumor cell, Michael Wigler, Krasnitz, and others at the Lab can track the evolution of a cancer, to help predict its course and to know how to assemble forces to attack its specific vulnerabilities.

Eavesdropping on cells as they make proteins can also help researchers know if a cancer will develop. That’s what one team working with CSHL’s Adrian Krainer has done. Cells routinely edit the coded messages copied from genes in a process called RNA splicing. These edited messages direct the production of proteins—which are the basis of most cell activities and structures. Sometimes, cells don’t get it right. Their messages are spliced abnormally. This can lead to the overproduction of proteins that promote cancer. Novel therapies to correct splicing errors are in the offing.

Breast cancer isn’t necessarily confined to the breast. Certain kinds of malignant tumors, called metastatic tumors, shed cells into the body’s blood vessels, enabling them to travel far and wide. Sometimes these deadly hitchhikers set up camp in new sites, for instance in the lungs. Aggressive expansion calls for aggressive treatment, but without access to tests that are effective at an early stage, it’s hard to catch tumors before they spread. Michael Wigler and his team are tackling the problem of detecting cancers before they spread—when they are most treatable. They’re developing a “liquid biopsy.” It would involve a simple blood test to determine whether cancer cells are being shed from a primary cancer, and at what intensity. Highly sensitive technology makes it possible to detect subtle genetic changes by sampling cancer cells snagged from the blood. By tracking genetic changes, doctors can predict a cancer’s course and tailor treatments to specific cancer subtypes—a potential life saver.

David Spector, CSHL’s Director of Research, is also working on ways to prevent metastasis. Investigating the wanderlust of cancer cells, his lab has recently identified RNA molecules whose loss can inhibit the migration of cancer cells from breast to lung. With their target acquired, the lab’s work could inspire new precision treatment options.

But even precision treatments are not enough. Doctors and patients have learned that the most precise cancer drugs we possess usually stop working after a time—often just a year or two. The drug Herceptin, for instance, can work wonders for patients with a certain type of breast cancer, yet relapses are common. Nicholas Tonks, a biochemist at CSHL, is working with his team on a completely new way of possibly preventing relapse in such cases. Encouraged by studies in mice that suggest a drug Tonks developed blocks a driver of metastasis, the team is about to join forces with clinicians at North Shore-LIJ Medical Center in clinical trials.