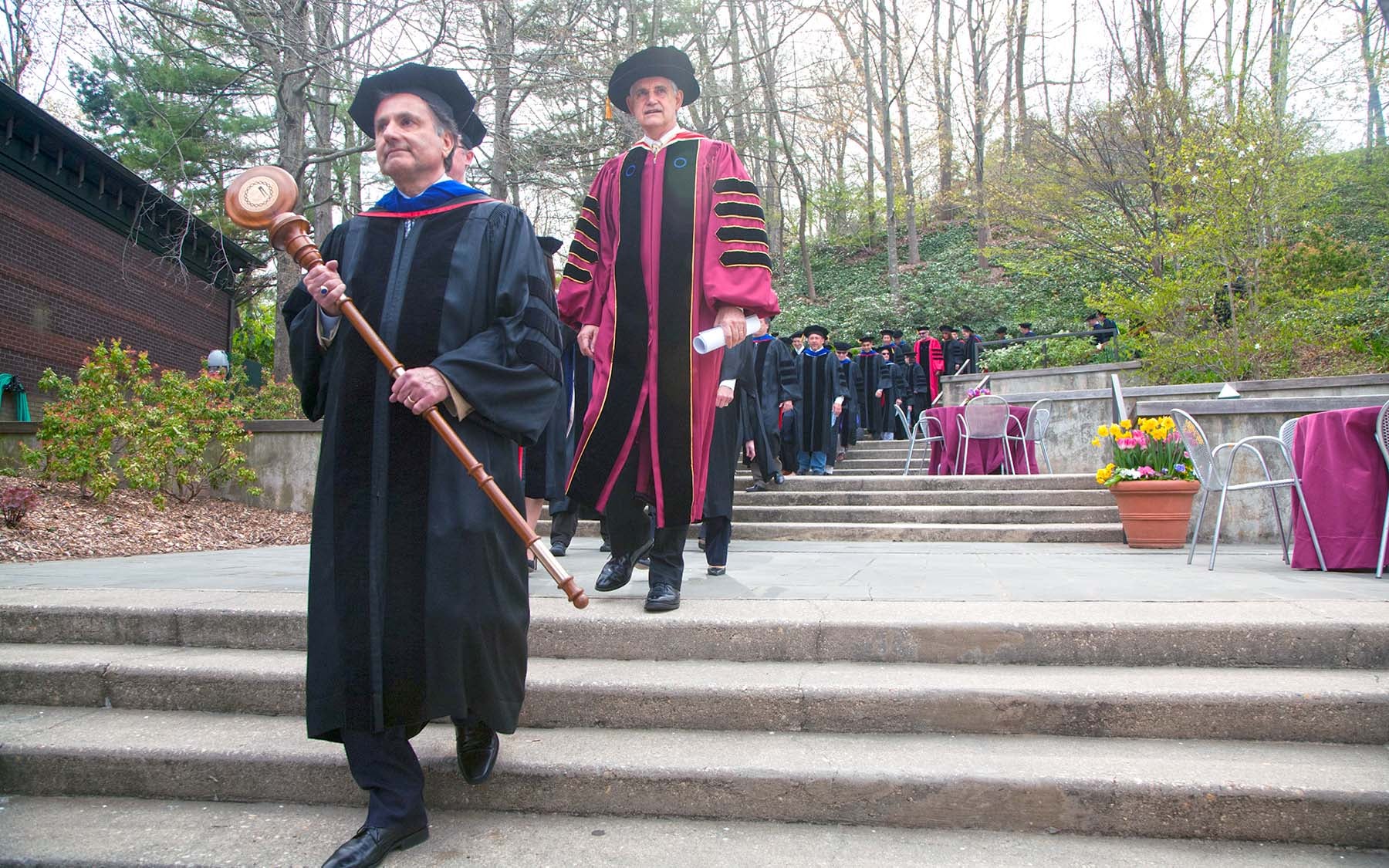 It was a day of milestones and anniversaries, as noted by Dr. Alexander Gann, who became Dean of the Watson School at the beginning of this year.

“I’m delighted that my first graduation ceremony as dean coincides with the School’s 10th graduating class and includes the 60th Ph.D. degree we will have awarded in our 14-year institutional history,” Gann said.

“In view of who our school is named after—Dr. James D. Watson—I’m happy, too, that this event falls on the 60th anniversary of the discovery of the double-helix structure of DNA,” he added.

Founded in 1999 with the express purpose of reforming graduate education in bioscience, the Watson School has influenced other schools, particularly in the opportunity and encouragement it provides students to complete their doctoral degrees in as little as 4 years. Students must complete their program within 6 years, a number that is still below the national average for completion nationwide.

“This is achieved not by lowering standards,” Gann stressed. “Rather it is the result of dedicated faculty ensuring these exceptional students whom we attract pursue science in a highly focused way—an essential skill in modern research, where there is an almost limitless range of experiments that might be done and technologies that can be deployed.”

This focus and preparation for research in the “real world” enhances the value of the Watson School degree.

Hogan, currently the George Barth Geller Professor and chair of the Department of Cell Biology at Duke University Medical Center, has made many innovative contributions to the fields of mammalian embryology and the early development of complex organ systems such as the eye, kidney, heart and lungs.  Her laboratory was among the first to apply techniques of molecular biology to the study of mouse development—expertise that formed the basis of an influential course taught over the years at CSHL, “Molecular Embryology of the Mouse.”  In recent years, Hogan has made important contributions in the field of stem cell biology.

Dixon, an influential biochemist, has also been a powerful advocate for scientific research.  A decade ago, after an already distinguished career marked by elegant studies advancing our understanding of cell signaling and the molecular basis of disease causation, Dixon established a laboratory at the University of California, San Diego, while also serving, from 2007 until the present, as Vice President and Chief Scientific Officer of the Howard Hughes Medical Institute.

The grad student pod that lives together succeeds together

During the pandemic, graduate students at the CSHL School of Biological Sciences lived and worked together successfully on the historic campus.   Read more »

Welcome to the Watson School

A graduate student from the Watson School of Biological Sciences talks about the school's history and programs.   Read more »