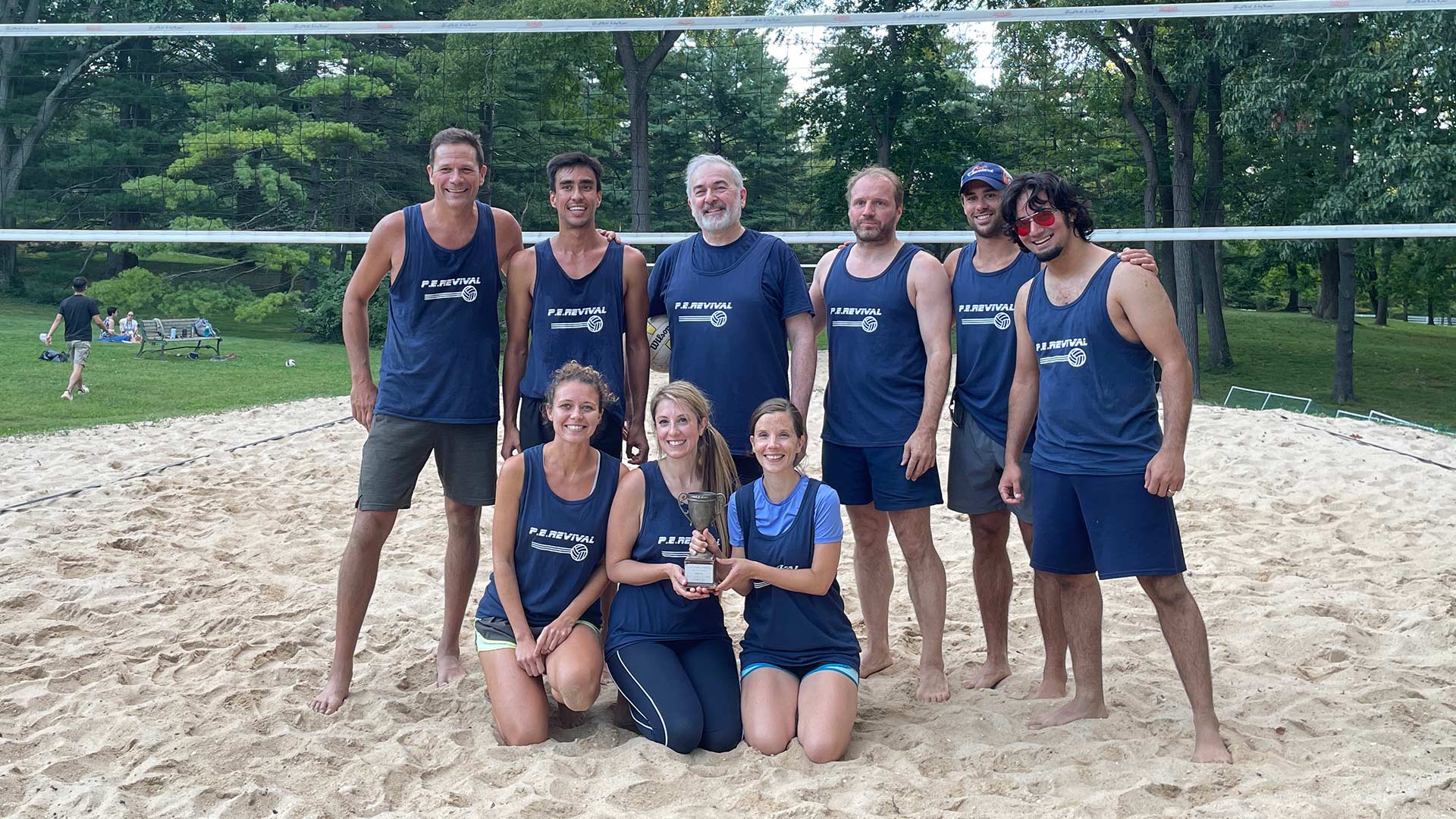 The thirtieth Cold Spring Harbor Laboratory (CSHL) beach volleyball season championship game took place on September 20, 2021. Team PE Revival, led by CSHL Fellow Hannah Meyer took the championship title by winning a best two out of three series, earning the championship trophy and a year’s worth of bragging rights to go with it. Players, friends, and coworkers enjoyed a celebratory barbeque near the sand courts during and after the games.

Each summer, the CSHL volleyball league gives faculty, staff, and students an opportunity to have some fun in the sun with their colleagues. But when early September rolls around, the games get serious as the teams face off and see who will place first in that season’s tournament. The league arranges a playoff bracket, which culminates in a final championship match, and the winning team is added to the champions’ plaque. They also receive the Tiernan Cup, named after a neighbor of the Laboratory. It is a CSHL tradition to take photos of the Cup in different places around the world. It has made its way to places like Orient, New York, the Great Wall of China, and Sydney, Australia.