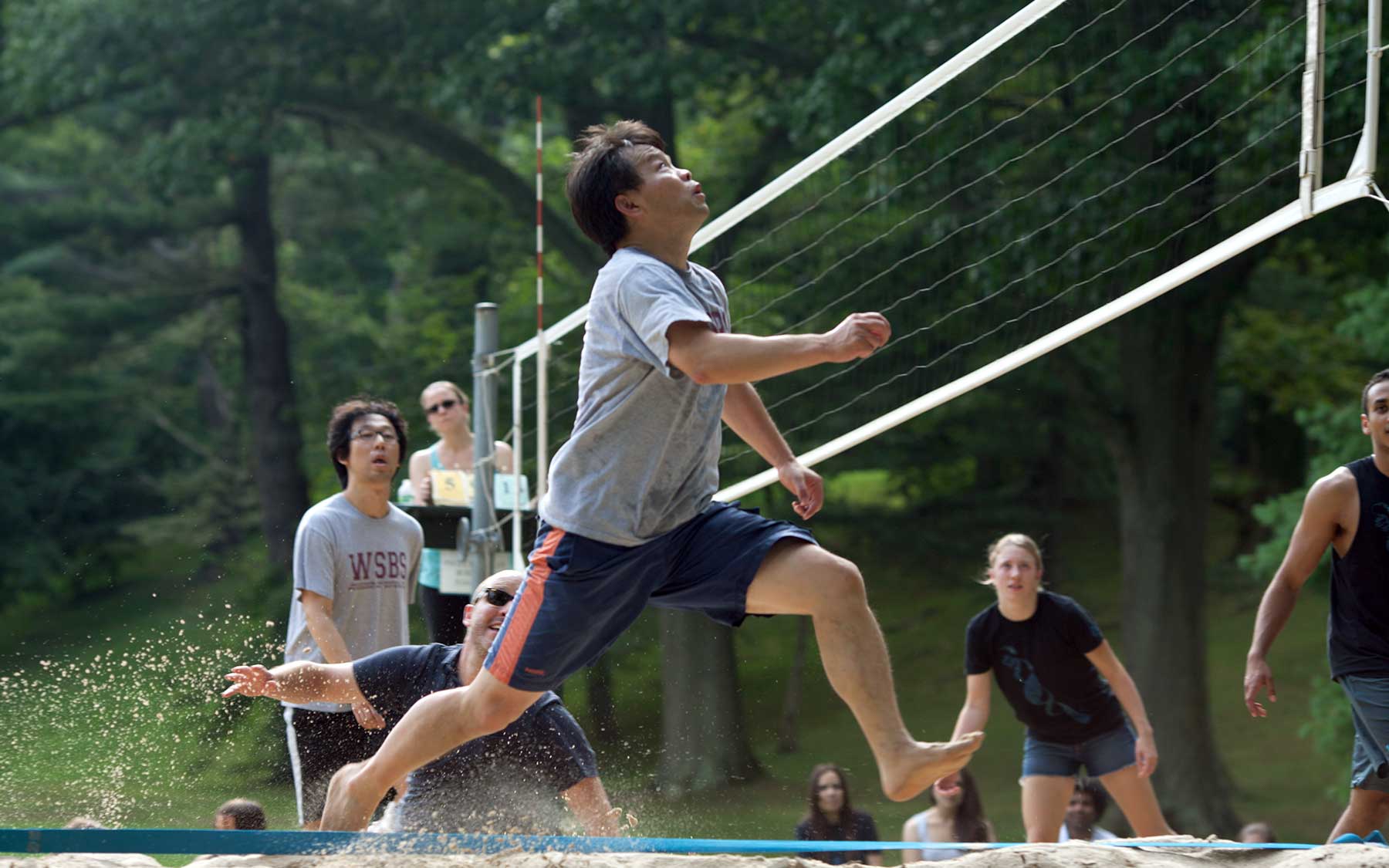 Michael Cressy, who recently completed his Ph.D. dissertation in Dr. Josh Dubnau’s laboratory, joined the league his first summer here. He cites the on-court interactions between senior faculty, grad students and other staff as a major plus for those who play, and helps foster scientific collaboration. CSHL Professor Adrian Krainer agrees, saying “People get to know each other across buildings and laboratories who otherwise might not even meet.” Dr. Krainer’s own laboratory includes members of multiple teams in the league, so volleyball chatter is a frequent occurrence in the summers.

With 19 teams, there is a volleyball home for everyone who wants to play. The league includes more casual teams just looking to get a game in and have fun. But it also has a few all-star sides who are rumored to recruit, hold practice outside of scheduled games, and battle to win the league’s championship trophy and the year’s worth of bragging rights that go with it.

No matter the competitive focus, all agree that the league is a big part of campus life each summer. Recognizing its importance, the Laboratory’s leadership built official sand courts in 1997. Volleyball also plays a central role in the culmination of the laboratory’s Undergraduate Research Program—CSHL’s summer program for college students from around the world who live on campus and work with senior Laboratory staff members on independent research projects.

The URP vs. faculty game was even featured in this recent segment on MyLITV.com.