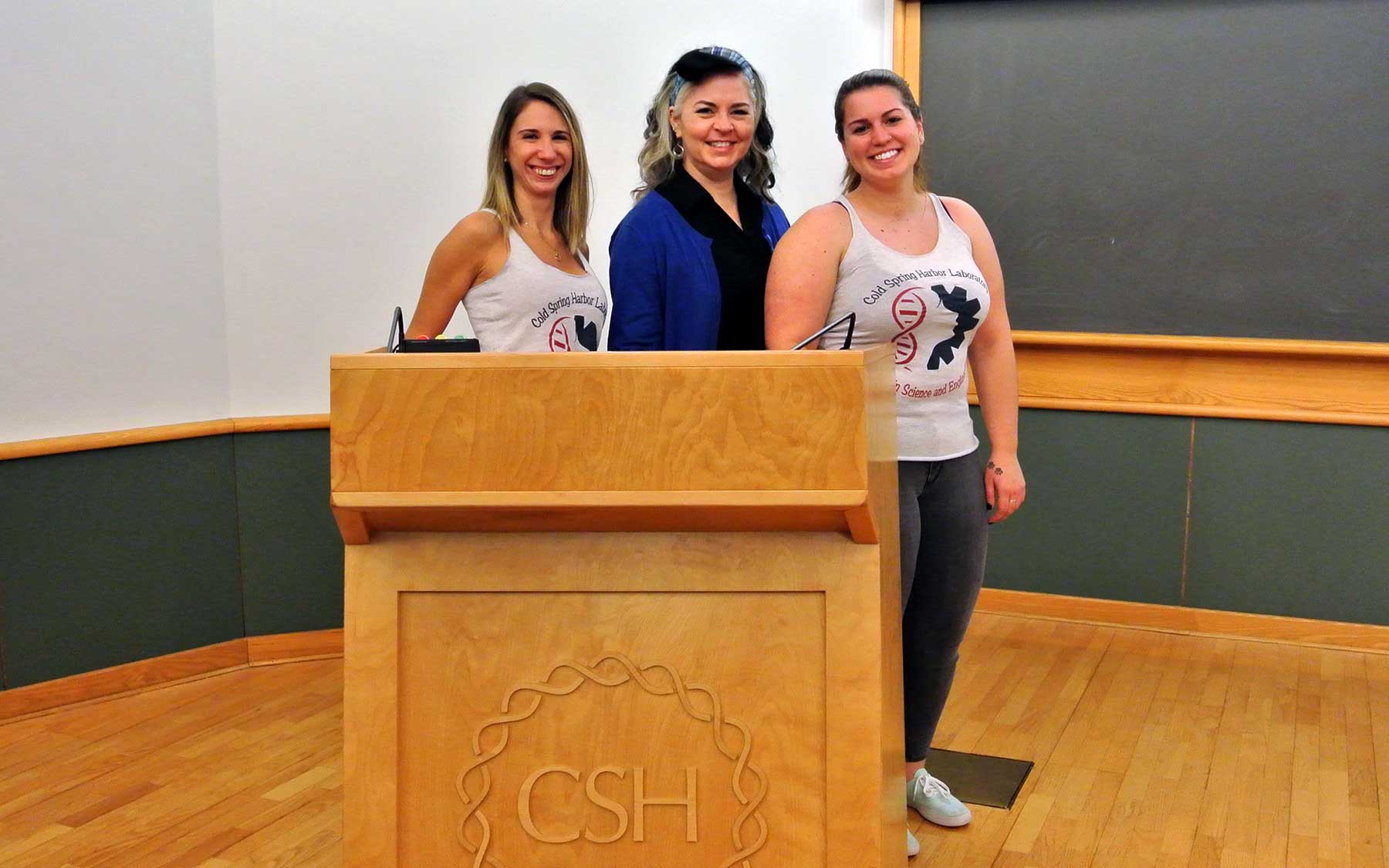 The gender imbalance in slates of invited speakers for scientific conferences is an issue that CSHL’s Women in Science and Engineering (WiSE) group and Meetings & Courses division were well-positioned to tackle. They created the Women in Biology Speakers List to inspire conference organizers to invite more women to speak.

When a group dedicated to promoting Women in Science & Engineering (WiSE) formed at CSHL in late 2015, they asked around campus for suggestions on projects to tackle. As the ideas poured in, one issue kept coming up: more women need to be invited to speak at conferences.

As evidenced in a 2014 paper in the journal mBio, “women are underrepresented as speakers at scientific meetings in absolute terms and also relative to attendees.” Solutions to this problem were already in the works. Speakers lists like the Women in Cell Biology list from the American Society for Cell Biology (ASCB) and Anne’s List of female neuroscientists from CSHL’s own Associate Professor Anne Churchland were popular within their subfields of biology.

Recognizing the success of these sporadic lists in encouraging conference organizers to invite women to speak, CSHL WiSE saw an opportunity to turn them into something bigger and better. Besides their relative isolation, most of the lists until now were spreadsheets or simple websites that lacked a high-quality search function, making it “really hard to find what you need,” says Lital Chartarifsky, co-founder & president of CSHL WiSE and student at the Watson School. The group set out to create a single Women in Biology Speakers List that “widely spans disciplines—everything in biology from neuroscience to cancer to plant biology,” says Jacqueline Giovaniello, co-founder of CSHL WiSE and also a Watson School student.

Today, the beta version of the Women in Biology Speakers List was announced at the ASCB’s annual conference in Philadelphia, in a presentation by Charla Lambert, a programs manager in CSHL’s Meetings & Courses division and a project director of the speakers list. The online, searchable list will remain in beta testing through early 2018 and is slated to become publicly accessible later that year.

This is a time-lapse video of a CSHL meeting, where results are shared and ideas are exchanged all day long. In science, conferences are much more than professional networking events. Scientific meetings are often where influential discoveries are first shared, and where important questions are first asked. They are an integral part of science.

For the better part of the last century, the Meetings & Courses program has made CSHL a hub for scientists around the world and across many fields of biology. This put CSHL in a prime position to spearhead the creation of a more comprehensive list of women in biology who can speak at conferences. Not only do hundreds of great women give invited talks at CSHL meetings and courses each year, but also, “everybody at CSHL knows the importance of and effect that invitations to speak at meetings, conferences, department seminars can have on a career,” says Lambert. “It’s a sign of visibility and recognition within your subfield.”

The Women in Biology Speakers List started off with about 1,900 names gathered from the Meetings & Courses database, all of whom had been invited to speak at CSHL over the years since 2000. Now, the project has expanded to include another 400 names from the Women in Cell Biology speaker referral list curated by the ASCB, which has become a full partner in this project. EMBO has followed suit with a list of 750 names of women who gave invited talks at EMBO events in 2014-2016, bringing the total number of unique names in the Women in Biology Speakers List to approximately 2,500. The EMBL organization will also contribute a list of invited speakers in early 2018.

All involved in the project hope that it will continue to expand and bring on new partners. But Giovaniello maintains that, “the ultimate goal is to put ourselves out of business—to make it so that the list isn’t even necessary.”