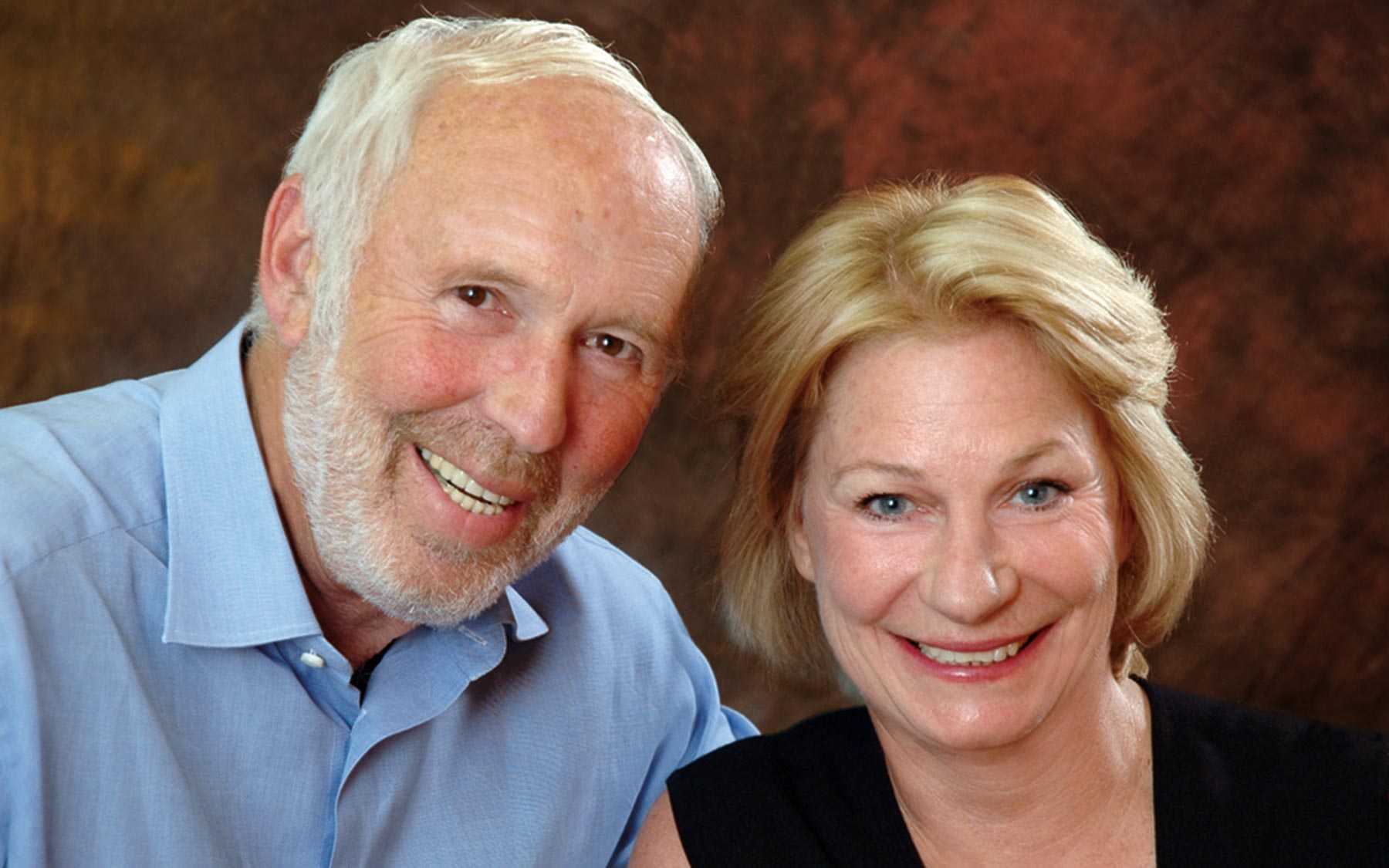 Cold Spring Harbor, NY — Cold Spring Harbor Laboratory (CSHL) today announced a $50 million gift from Jim and Marilyn Simons to establish the Simons Center for Quantitative Biology. The Center will support research and education programs at one of the world’s leading independent biomedical research institutions, a birthplace of molecular biology and one of the first institutions in the world to recognize the importance of quantitation in the life sciences.

“Jim Simons used his mathematical expertise to change the way the world thinks about financial markets, and he is now profoundly changing the world of science through philanthropy,” said CSHL Chairman Jamie C. Nicholls. “Jim and Marilyn Simons’ longtime support for scientific research is empowering breakthrough discoveries at Cold Spring Harbor Laboratory and beyond. We are deeply grateful for this transformative gift.”

“Jim and I have been consistently impressed by the commitment of Cold Spring Harbor Laboratory’s board, management and faculty to excellence in biological research and education,” said Marilyn Simons. “We are proud to provide financial support that allows this institution to recruit outstanding scientists like Dr. Siepel to pursue the most innovative research in cancer, neurobiology, genomics and quantitative biology. I am confident that our gifts to CSHL will lead to a deeper understanding of our world and greatly benefit mankind.”

“The pace of modern science and the vast amount of data being generated, both in genomics and imaging, has necessitated an expansion of our research to include scientists with expertise in quantitative analysis” said Bruce Stillman, President and CEO of CSHL. “I thank Jim and Marilyn for their most generous support, which has enabled the addition of a new, fundamental research program to our world-leading institution.”

Marilyn Simons, Ph.D. is Vice Chairman of the CSHL Board of Trustees, and Jim Simons, who founded Renaissance Technologies, is a CSHL Honorary Trustee. Together they started the Simons Foundation in 1994 with the mission to advance the frontiers of research in mathematics and science, including a major initiative in autism on which major work is being carried out at CSHL. For their pioneering philanthropy to science, Jim and Marilyn Simons were awarded CSHL’s Double Helix Medal in 2008.

Prior to embarking on his financial career, Jim Simons was Chairman of the Mathematics Department at the State University of New York at Stony Brook (now called Stony Brook University) and taught mathematics at the Massachusetts Institute of Technology and Harvard University.  He is credited with the discovery and application of the Chern-Simons invariants, which have had wide use, particularly in theoretical physics. He earned a B.S. from the Massachusetts Institute of Technology and a Ph.D. from the University of California, Berkeley, and won the American Mathematical Society’s Veblen Prize in 1975. Simons is a trustee of the Stony Brook Foundation, The Rockefeller University, the Massachusetts Institute of Technology, Brookhaven National Laboratory, the Mathematical Sciences Research Institute and the Institute for Advanced Study. In 2006, he was elected to the American Academy of Arts and Sciences and this year was elected to the National Academy of Sciences for his contributions to the field of mathematics.

Marilyn Hawrys Simons is President of the Simons Foundation, one of the country’s leading private funders of basic scientific research.  She has more than 25 years of experience supporting nonprofit organizations in New York City and Long Island.  In addition to support for basic research, she has been involved in K-12 education for underserved communities. She is treasurer of the board of the Learning Spring School, a New York City school for children aged 5-14 with diagnoses on the autism spectrum. She is also a member of the board of trustees at the East Harlem Tutorial Program, an after-school program in New York City.  Marilyn Simons received a B.A. and Ph.D. in Economics from The State University of New York at Stony Brook.

As an Associate Professor at Cornell University, Dr. Adam Siepel excelled in studying problems at the intersection of computer science, statistics, evolutionary biology, and genomics. His research has focused on comparative genomics and the development of statistical methods and software tools to identify evolutionarily conserved sequences and the complex processes by which genomes evolve over time.  Dr. Siepel studied engineering at Cornell (1990-1994), then worked in software development for bioinformatics for several years in the late 1990s, before attending graduate school in Computer Science (M.S., University of New Mexico, 2001, and Ph.D., UC Santa Cruz, 2005). He has served on the editorial boards for Genome Research and PLoS Computational Biology, on review panels for the National Science Foundation and the National Institutes of Health, and on advisory committees for the National Human Genome Research Institute. Dr. Siepel is a winner of a Guggenheim Fellowship, a Microsoft Research New Faculty Fellowship, a Packard Fellowship, a National Science Foundation CAREER Award, and a Sloan Fellowship.