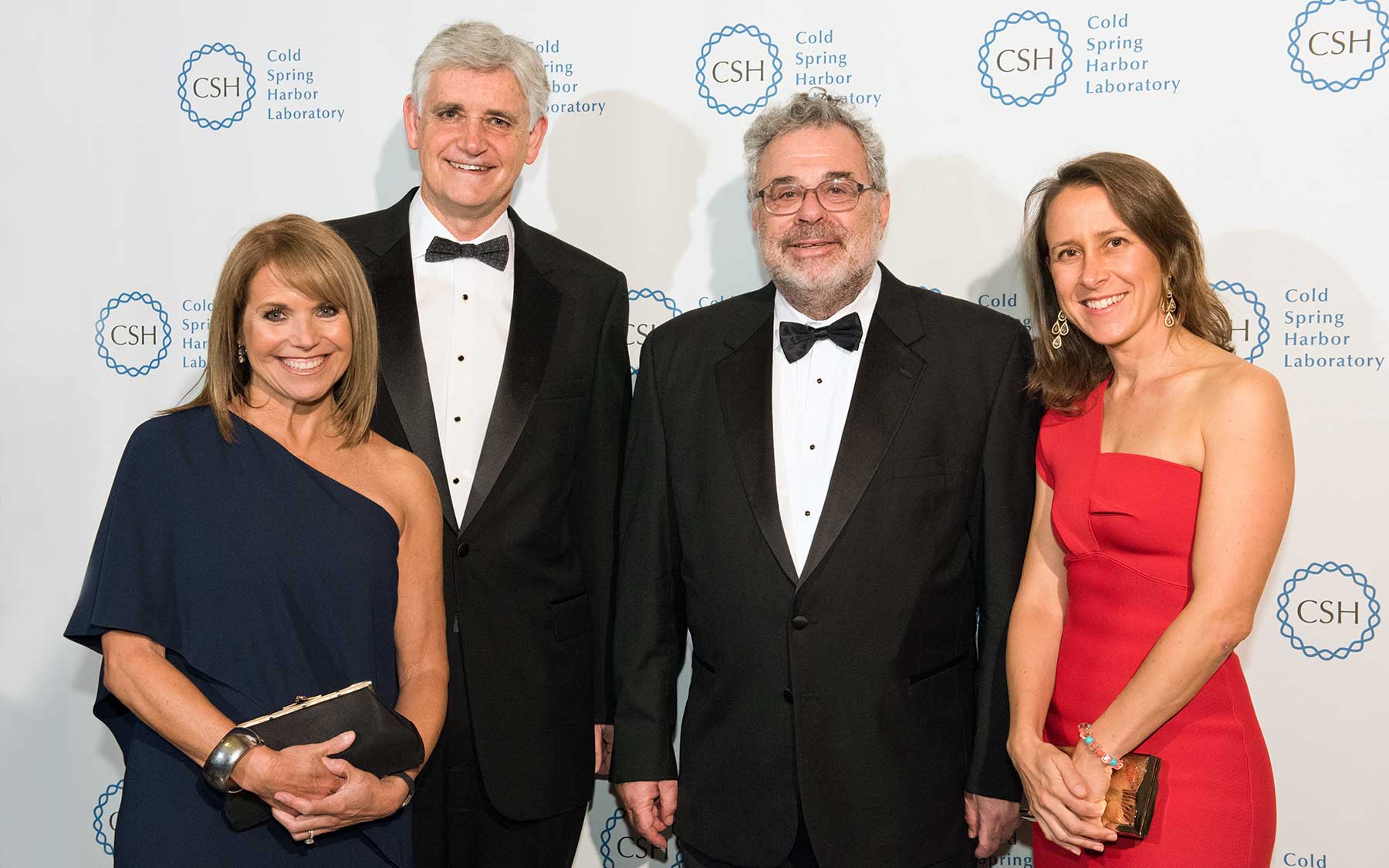 Katie Couric, Anne Wojcicki, and David Botstein honored at milestone gala under the blue whale at the American Museum of Natural History

Cold Spring Harbor, NY — More than $4.5 million was raised last night at Cold Spring Harbor Laboratory’s (CSHL) 10th Double Helix Medals dinner (DHMD). The gala was held for the first time at the American Museum of Natural History (AMNH) in New York City and honored Katie Couric, Anne Wojcicki, and David Botstein, champions of research to benefit mankind. In the 10 years of its existence, the DHMD has raised over $35 million for the Laboratory’s research and education programs.

“I congratulate Katie Couric for her amazing contributions to making the public aware of cancer screening and raising philanthropic funds to support cancer research, Anne Wojcicki for being a true pioneer in genetic medicine and public awareness, and David Botstein, one of the nation’s top scientists, and, more importantly, science educators,” said CSHL President and CEO, Dr. Bruce Stillman.

David Botstein, Ph.D., is a prominent geneticist whose advocacy for gene mapping was crucial in laying the groundwork for the Human Genome Project. Botstein is a dedicated science educator, having established a new graduate program in Quantitative and Computational Biology as well as the Lewis-Sigler Fellow program for early-career scientists at Princeton University. Botstein co-taught the Advanced Bacterial Genetics Course at CSHL in the 1970s.

Katie Couric is an award-winning journalist and TV personality, cancer advocate, and New York Times best-selling author. She co-anchored NBC’s “Today Show” for 15 years and is currently the Global News Anchor for Yahoo. After losing her husband, Jay Monahan, to colon cancer in 1998, Couric launched the National Colorectal Cancer Research Alliance (NCCRA) with the Entertainment Industry Foundation (EIF) to fund cutting-edge research in colorectal cancer and generate awareness about the life-saving value of screening. Following her on-air colonoscopy in 2000, a 20 percent increase in the number of colonoscopies performed across the country was documented, referred to as “The Couric Effect.” In 2008, Couric and several other women in entertainment and media founded EIF’s Stand Up To Cancer (SU2C), to which more than $360 million has been pledged to accelerate cancer research.

Anne Wojcicki co-founded the personal genetics testing company 23andMe in 2006 with the goals of empowering consumers with access to their own genetic information and driving discovery by generating large sets of personalized data for commercial and academic use. The idea of providing affordable analysis of an individual’s DNA was so revolutionary that in 2008 Time Magazine named it Invention of the Year.

This year’s honorees join the ranks of past Double Helix Medal recipients, who include Muhammad Ali, Michael J. Fox, Temple Grandin, Kareem Abdul-Jabbar, Evelyn Lauder, and John Nash, all of whom have boldly applied their talents toward improving human health and changing the world for the better.