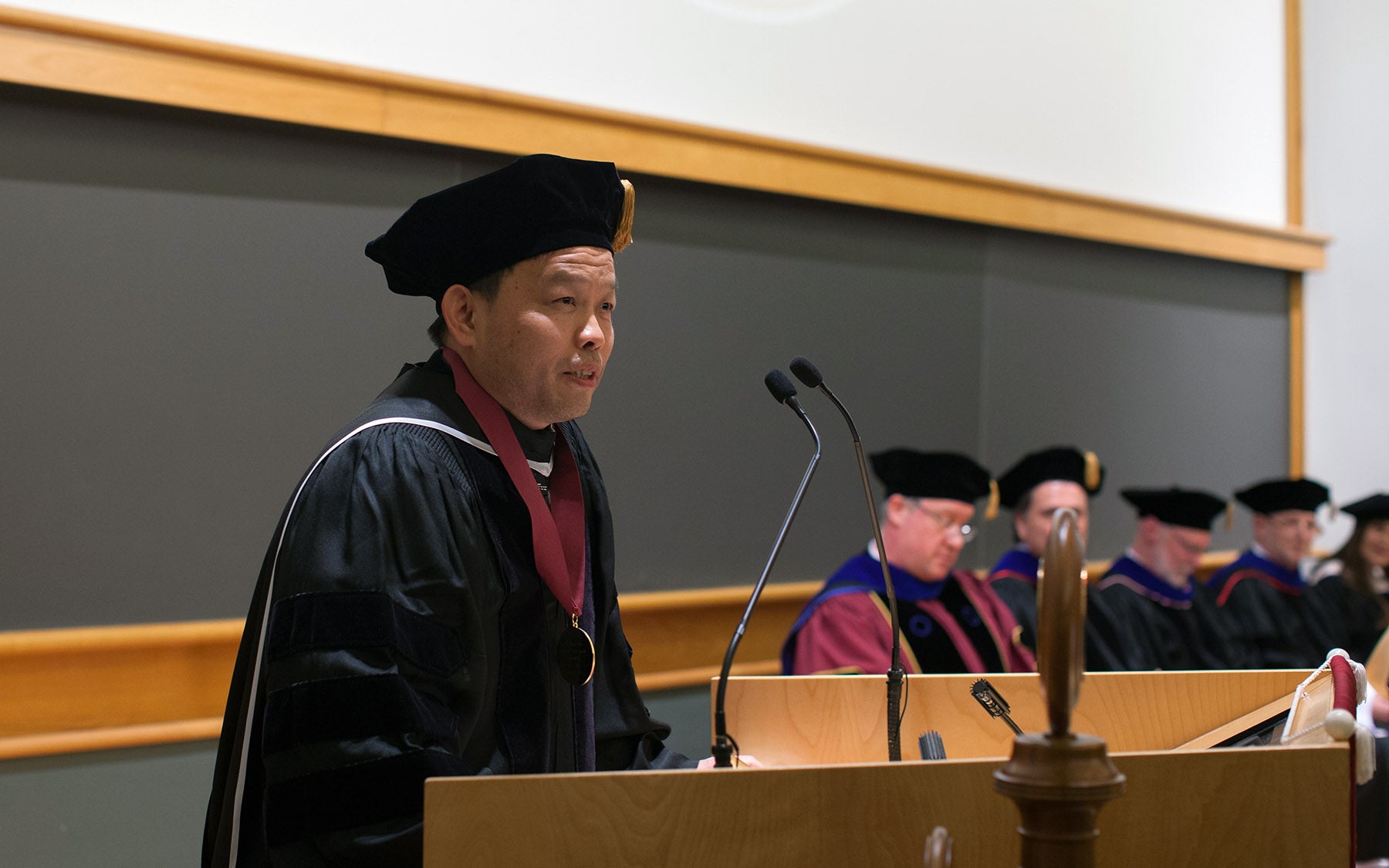 The Watson School treasures its teachers. When our students do great and amazing things, as they often do, there’s some part of that greatness and amazingness that we attribute to their teachers—the brave and hearty souls who trudge through suffix arrays, hairy eyeball suppressor screens, and the Nernst equation with the first-year students. But we’re not the only ones who think the WSBS teachers are pretty great. Students like them, too.  Students even think there are outstanding teachers at the Watson School. So, for the past nine years, we have honored the year’s most exceptional teacher with the Winship Herr Award for Excellence in Teaching.

This annual award recognizes excellence and creativity in teaching, named for the WSBS’s founding dean, Winship Herr. The first-year students (they’re the ones who take the courses) select the recipient. The process, like many WSBS traditions, is multi-layered. First, each student is invited to secretly nominate an instructor for consideration. Next, all of the nominees are put on a ballot, and finally, students cast their vote for the most outstanding instructor. This year’s first-year class, however, destroyed the usual way of things. Five students sent in their five nominations for one instructor, making for neither an interesting ballot nor a surprising outcome. But the winner is indeed a great teacher: Associate Professor Bo Li.

Bo teaches the neuroscience module of Scientific Reasoning & Logic. This is the first exposure to neuroscience—ever—for many first-year students. And it provides the background they will need to survive the more complex Systems Neuroscience course later in the Fall Term. But that’s the challenge for Bo, because not only does he have to teach the basics to students who have never thought about neural circuits, he also has to challenge the students who know all about circuits and plasticity and action potentials. But according to one of those five nominations from the students, that’s exactly what Bo can do: “(He) managed to make material accessible to non-neuro people while still keeping enough detail so that neuro people weren’t bored.”

Bo’s lectures cover a range of topics in circuit neuroscience, from understanding how the brain is wired to how genetics and environment intersect to contribute to mental disorders. But more than the fascinating content of these lectures, the students all praised Bo’s organization and clarity in his teaching.  As first-year Anqi Zhang, a neuroscientist, explained, “I think that organization and clarity is always important in teaching, but especially so when courses are as short as our Fall Term courses were. We had only four classes to talk about wiring and plasticity in both neurotypical and neuroatypical situations, so I really appreciated having a clear cut schedule and early availability of readings and other resources.”

The unanimous vote for Bo was not planned. As first-year student Jackie Giovanniello said later, “Surprisingly, we never had a conversation as a class about who we liked the most. Some of us commented to each other in passing that we liked Bo’s style of teaching or that we felt like we really understood his material, but we didn’t try to decide on a single person to vote for or anything. That’s why it’s all the more impressive that Bo got a unanimous nomination.” But was this a backlash against the Quantitative Biology instructors, who have won the award in three of the past four years and are known for their ambitions to continue that dominance? “The QB guys might have gotten a few penalty points for cockiness,” admitted one student. Another added, “Of course, the QB guys’ competitiveness about this award is well-known, but this didn’t factor into my decision.”

We thank Bo, once again, for his commitment to teaching and the outstanding course.

Past winners of the Teaching Award are: