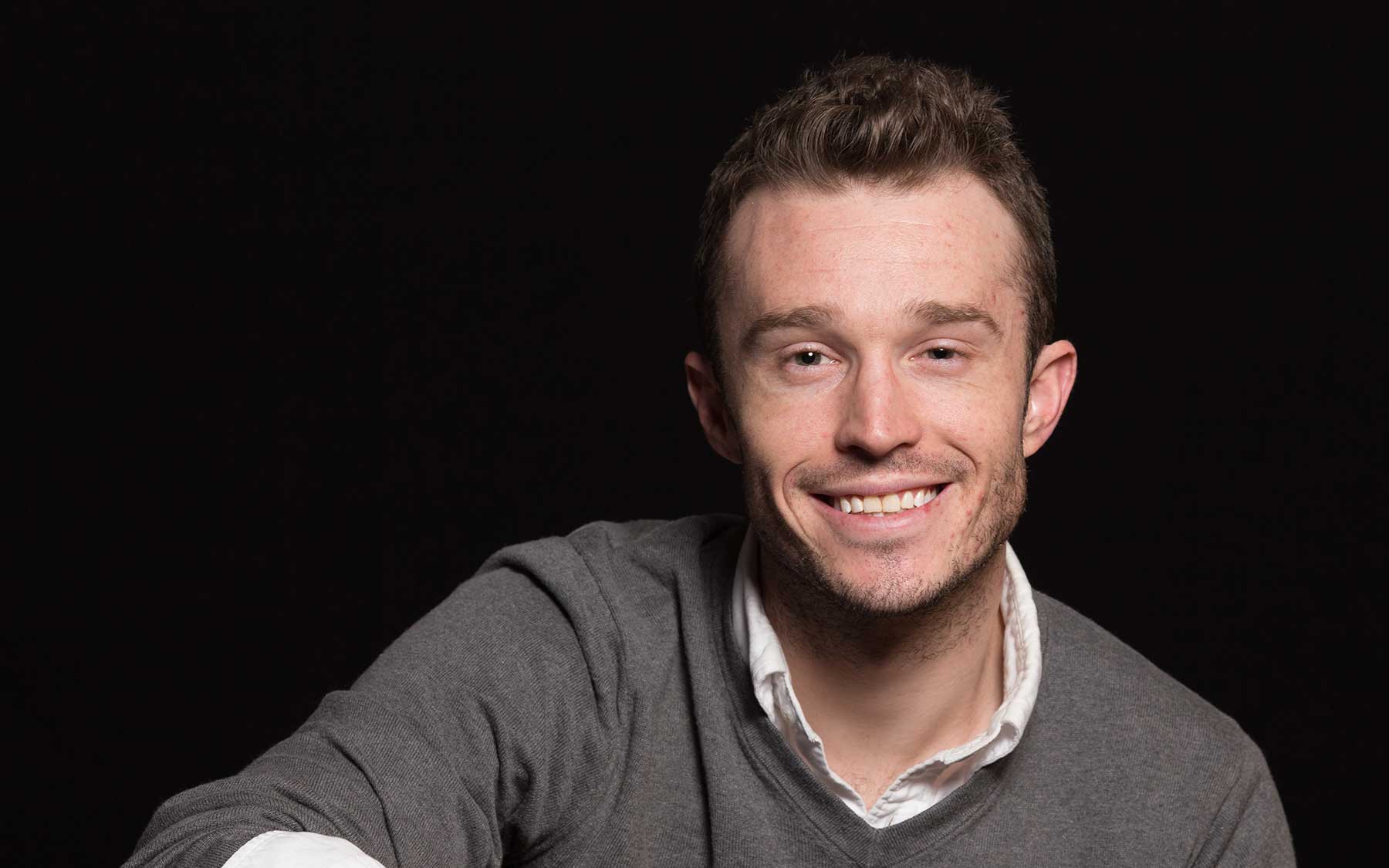 In the human body, it is neatly tucked between the stomach and spine, surrounded by other vital organs on all sides. Named by ancient Greek scientist Ruphos, its moniker, meaning “all flesh,” gives a decent description of what it looks like but not necessarily what it does: about six inches in length and shaped like a long, curved tongue, the pancreas plays a critical role in digestion and the regulation of blood sugar levels.

Cancer in the pancreas—especially pancreatic ductal adenocarcinoma—is almost always lethal. Pancreatic cancer presents a difficult problem for researchers and clinicians: diagnosis is difficult and there are few, if any, effective treatment options. That’s bad news for patients.

The good news is that scientists have begun to unravel the gene mutations found in patients with pancreatic cancer. Third-year Watson School of Biological Sciences (WSBS) student Tyler Garvin is looking beyond the genes.

“I’m researching the non-coding mutations responsible for changes in human gene expression,” said Tyler. “Augmentations in the actions of one or more regulatory elements can trigger cancer and other diseases.”

Some of the newest oncological research, like Tyler’s, is aimed at exploring the role noncoding mutations have on cancer development. These noncoding mutations, located in the so-called “regulatory regions” of human DNA, impact gene expression but do not contain instructions for making proteins.

Recent studies suggest that mutations in non-coding regions of DNA occur in cancer, but their exact mechanisms are not well understood. Tyler’s eventual goal is to identify which noncoding mutations are associated with pancreatic cancer and how they drive the pathways responsible for cancer progression and metastasis—the spreading of cancer to other parts of the body.

In addition to his work with pancreatic cancer, Tyler has recently developed a tool to analyze genetic mutations and copy number variations (CNVs) in cancers and other types of diseases.

Typically, the elementary mechanisms underlying diseases have been studied using bulk sequencing approaches. Bulk sequencing, though efficient, has its drawbacks. It averages out differences in heterogeneous tissues, such as tumors, which can make it difficult to identify CNVs or rare mutations that might contribute to disease.

To combat these limitations, Tyler, working in Dr. Michael Schatz’s lab at Cold Spring Harbor Laboratory, contributes to the development and improvement of “Ginkgo,” a web tool that analyzes CNVs from single-cell sequencing data. By reading sequences from single cells, rather than cell populations, researchers avoid the typical averaging effect of bulk sequencing. But identifying CNVs in single-cell sequencing data presents additional challenges, which was the motivation for developing Ginkgo. Tyler’s major role in the project is developing the code necessary for the platform to function.

From a young age, Tyler said had a knack for science and a love for engineering. As a child, he would build extraordinarily elaborate Rube Goldberg machines “just for the heck of it.” But, as he got older, he also began considering a career in medicine. Just as Tyler began fretting over which of his interests—engineering or medicine—to pursue in college and beyond, a high school career fair in his hometown of Albuquerque, New Mexico, opened his eyes to the opportunity to marry his two interests in the field of biomedical engineering.

After high school, Tyler enrolled as an undergraduate at the University of Southern California in Los Angeles. There he majored in biomedical engineering with an emphasis in electrical engineering, teaching himself how to code on the side. The combination of his biomedical engineering studies and coding skills led Tyler to an internship with Dr. Andrew Smith, who introduced him to computational biology and bioinformatics.

“Though I intended to pursue a career in business or industry, Dr. Smith convinced me to pursue my Ph.D.,” said Tyler. “I think he noticed my love of research.”

Tyler’s decision to pursue a Ph.D. landed him at the WSBS in 2012, where, after his three required lab rotations, he decided to work in Mike Schatz’s lab, which is chiefly focused on studying DNA mapping and assembly.

“I immediately sensed that Dr. Schatz would be the perfect mentor for me,” said Tyler. “He is very helpful and easy to communicate with. I knew he would be someone to foster my growth both inside and outside of the lab.”

Ginkgo builds on the larger body of genomic research being explored by Schatz’s lab by constructing copy-number profiles of single cells from mapped genomic reads, in addition to creating trees of how individual cells relate to each other. One of Gingko’s most significant applications is in the identification of large-scale CNVs.

CNVs are extremely interesting to the biomedical community because of their connections to a variety of neurodegenerative and developmental illnesses, and cancers. CNVs arise through amplifications and/or deletions of genes and regulatory sequences within the human genome, leading to potentially dramatic changes in how, when, or where certain genes are expressed.

In the lab, Tyler said that the biggest challenge he faces is a lack of data. “Not having enough information to analyze is the biggest bottleneck in disease research, especially when studying non-coding mutations.”

Despite the challenges of research, Tyler said he is happy with his decision to work in a lab rather than for a corporation, adding that he is excited by the prospects of using his research as a way to both advance science and make a positive impact in the lives of people impacted by disease.

“I’m confident that, with time, we’ll acquire the data we need to better understand the genetic mechanisms behind pancreatic cancer and other diseases,” said Tyler. “With knowledge, we can help save lives.”