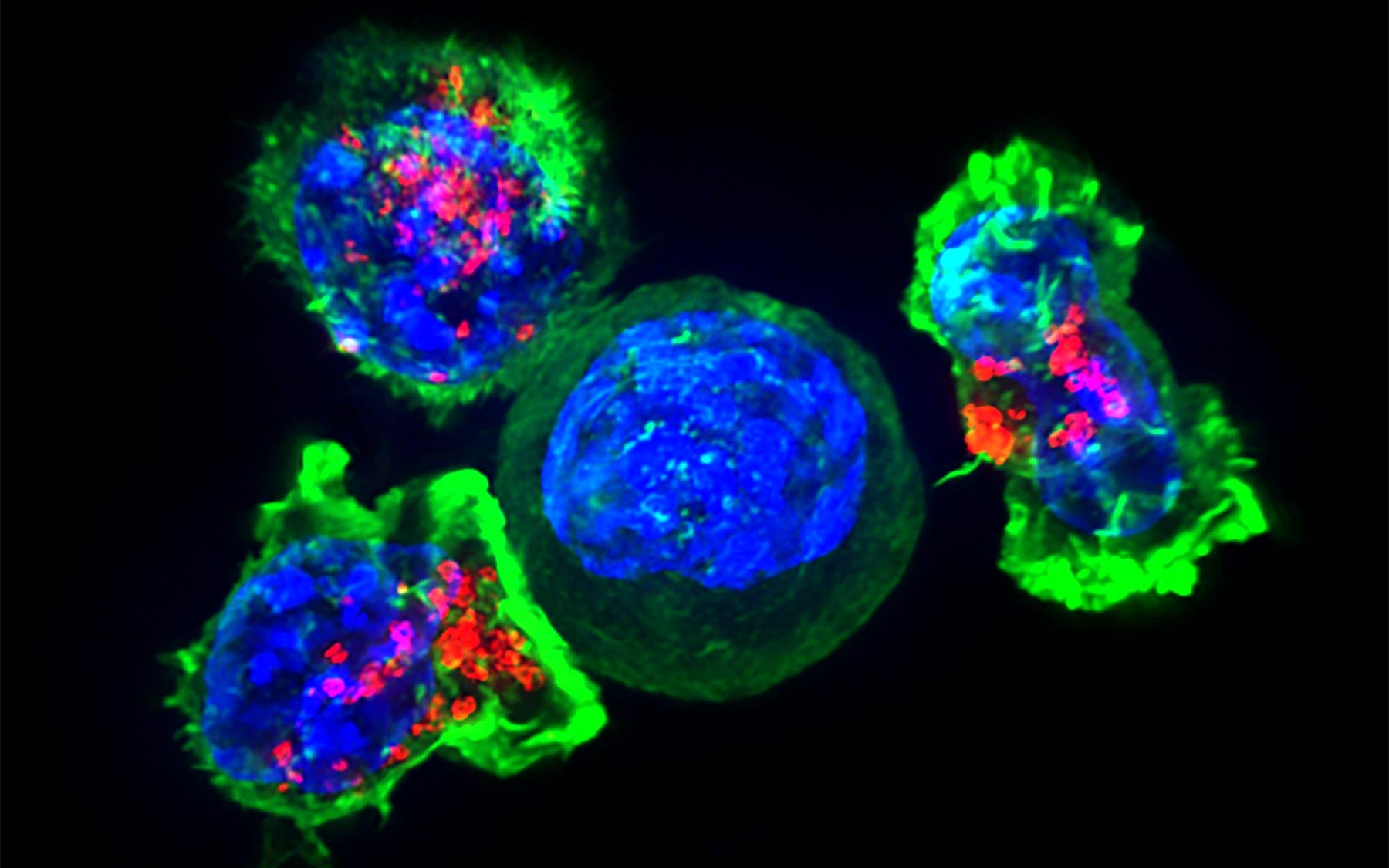 Pancreatic cancer cells hide from the immune system. Douglas Fearon and colleagues have made discoveries in mouse models of the disease about why this might be happening. They hope to test a new way of bringing immune cells back into the fight.

The human immune system protects us so reliably against most bacterial infections and viruses. We owe our lives to it. So why doesn’t it just as reliably prevent us from getting cancer?

Most experts agree that the immune system does indeed suppress the formation of cancers. Immune cells vanquish viruses that by some estimates cause two-thirds of all cancers; they fight inflammation, which creates conditions favorable for cancer; and they may also provide backup for our cells when their onboard tumor-suppressing mechanisms fail.

At Cold Spring Harbor Laboratory, Professor Douglas Fearon, with colleagues at Memorial Sloan-Kettering and the University of Cambridge, UK, want to figure out how to boost the immune response to get it to do its job more completely. They are focused on pancreatic ductal adenocarcinoma (PDA). PDA is the most common form of pancreatic cancer, and claims 92 of every 100 victims within 5 years of diagnosis. Many die within months, as the cancer is usually detected late.

Fearon is interested in one of the many ways in which the immune system is compromised when cancer is present. In pancreatic and certain other cancers, it responds in a curious way. Images on this page illustrate this perplexing situation, showing that killer T cells and other immune cells can swarm in great numbers around pancreatic tumor cells. They do so because they recognize foreign-looking proteins, called antigens, on the surface of the aberrant cells. But note that they are not in contact with them. Unfortunately, if T cells can’t touch cancer cells, they can’t recognize them and therefore can’t kill them.

Seek and destroy: This movie shows killer T cells of the immune system hunting down and coming into contact with cancer cells, the prelude to engulfing and destroying them. (Courtesy of Dr. Gillian Griffiths, University of Cambridge, UK)

Fearon and colleagues in recent years think they have figured out one of the ways that cancer cells evade immune cells and they are working on developing a therapy to bring immune cells back into the fight.

Their studies using a mouse model of pancreatic cancer reveal that two cell types in the area surrounding pancreatic tumors appear to be directly involved in suppressing the immune response. One of these cell types—cancer-associated fibroblasts or CAFs—are very common in this tissue.

Fibroblasts help form our connective tissue, and are therefore common throughout the body. They’re also important in wound-healing. In pancreatic cancer, most fibroblasts surrounding the tumor express a protein called FAP in their membrane. These “FAP+” fibroblast cells secrete a dense spongy material called extracellular matrix that physically separates killer T cells from cancer cells within the tumor. This material also impedes the delivery of chemotherapy drugs.

Is suppressing fibroblasts a potential solution for patients? Because of their importance in the body, Fearon knew that it would not be possible to generally deplete fibroblasts in people.

But the mouse research pointed to an alternate therapeutic concept. It centers on another property of FAP+ cells that they discovered in their experiments. They saw that FAP+ cells secrete a signaling protein called CXCL12 which appears to help cancer cells evade immune killer cells. It turns out that the surface of cancer cells in PDA is coated with CXCL12 molecules. These seem to provide a cloak behind which the cancer cells are hiding.

The team’s ace in the hole was their discovery that killer T cells express the docking ports—a protein called CXCR4—where the CXCL12 signaling molecule binds. A drug already approved by the FDA called AMD3100 blocks this CXCR4 docking port.

Injecting the drug into mice with PDA had a dramatic effect. T cells rapidly accumulated among cancer cells, tumor growth ceased, and it now became sensitive to reduction with an existing immunotherapy drug, called a PD-L1 inhibitor, which now showed good activity in reducing the tumor. Administered by itself, it was known to have little or no activity in pancreatic cancer patients.

This promising experiment in mice has provided a rationale for testing AMD3100 and the anti-PD-L1 drug in PDA patients. Those trials are just now being organized, so results will not be clear for a while.

Has cancer stolen a trick from injured cells?

The success of CXCR4 inhibition in mice leads Fearon to a theory about how the immune system is tricked into passivity in pancreatic and possibly other cancers. It draws on the interesting comparison of cancer and wounds, first made a century ago. Fearon notes that FAP+ fibroblasts are not only expressed in tumors; they also accumulate in inflamed, wounded tissue. He speculates that injured cells long ago learned to coat themselves with CXCL12 in order to hide from immune system attack while they were healing.

Perhaps cancer cells have hijacked this mechanism, Fearon says, in PDA and perhaps other cancer types. By coating themselves with CXCL12, cancer cells may have learned to cloak themselves from immune surveillance. This would explain why they are able to hide—and thrive—even when surrounded by killer T cells.

It’s intriguing to think that this mechanism unraveled by Fearon and colleagues is just one of more than a half dozen (pdf) that appear to be involved in rendering the normal immune response ineffective or altogether absent in a wide range of cancers. While the tumor immunology field is one of the hottest in all of medicine and biology, Fearon cautions that each new therapeutic idea, like the one his team has tested in mice, needs to be carefully tested in people before excitement is warranted.

Pancreatic cancer cells hide from the immune system. Douglas Fearon and colleagues have made discoveries in mouse models of the disease about why this might be happening. They hope to test a new way of bringing immune cells back into the fight. 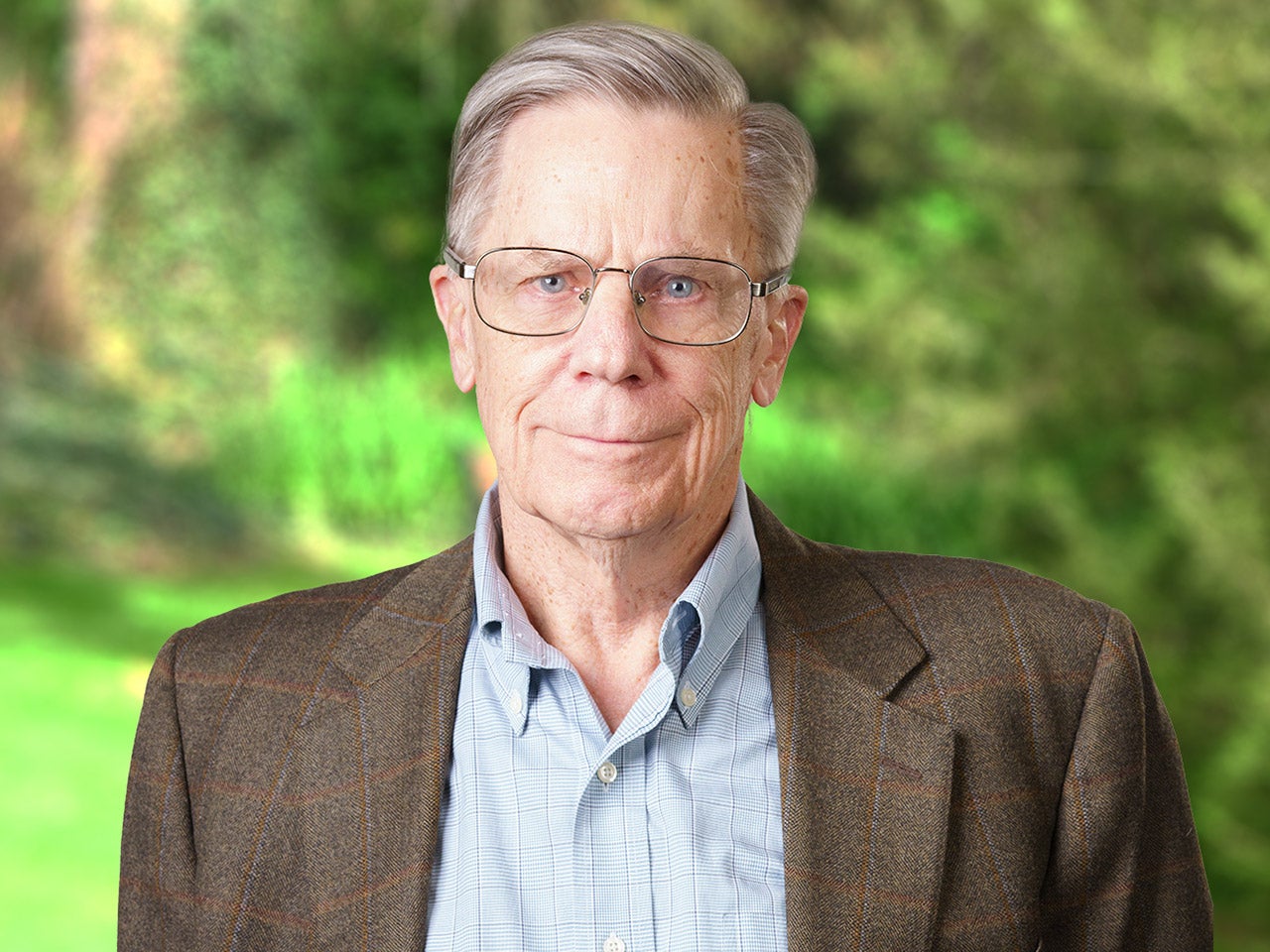