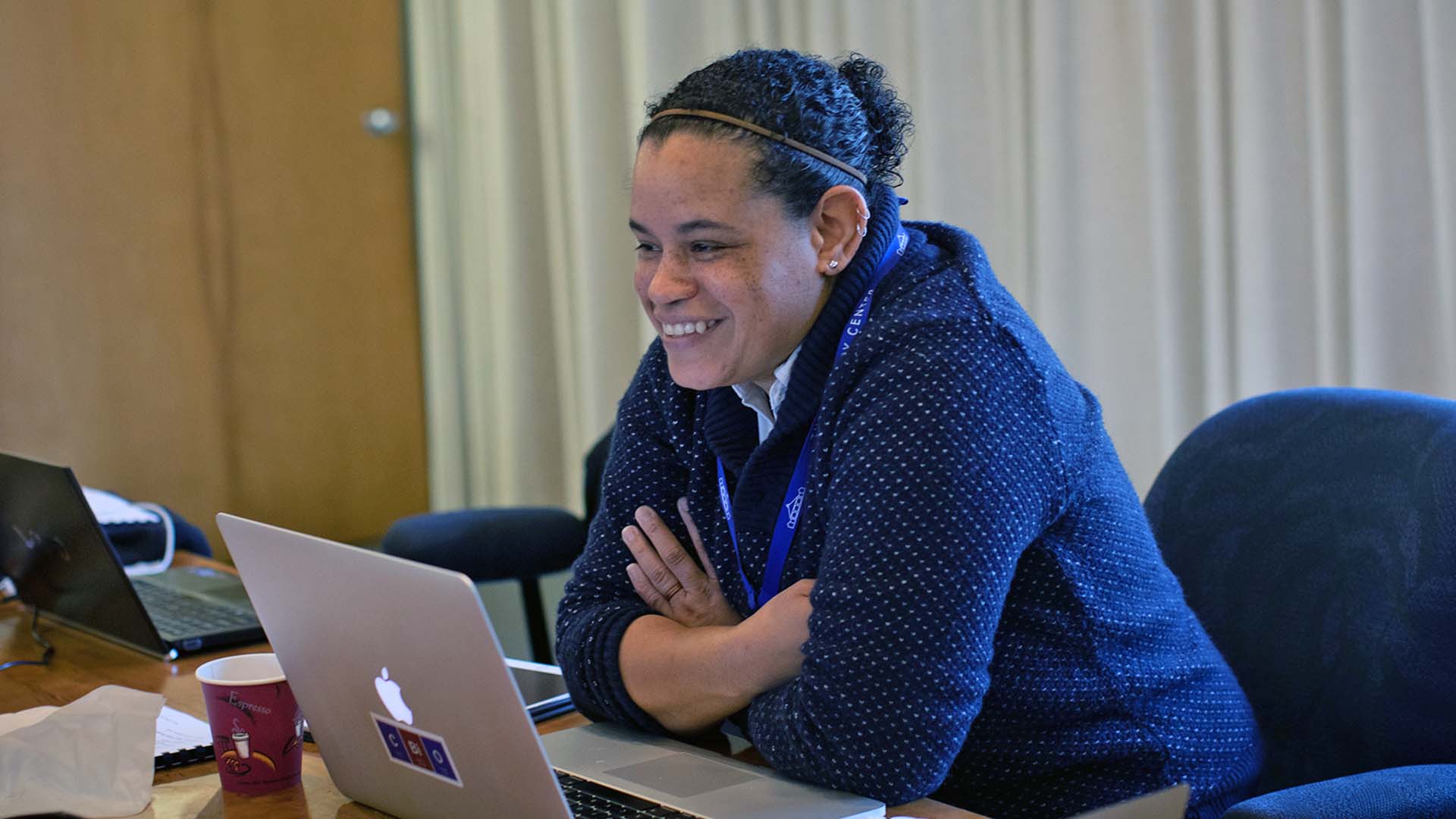 The Banbury Center kicked off March with the meeting “Copper Cancer Consortium” (March 1–4). Among the participants was Donita Brady, Ph.D., the presidential assistant professor of cancer biology at the University of Pennsylvania’s Perelman School of Medicine. I sat down with Professor Brady, who received a doctorate in pharmacology from the University of North Carolina at Chapel Hill, and learned about the research her lab is doing in cancer therapeutics.

Can you tell me about what you do in, more or less, two sentences?

My lab tries to understand the intersection between how cells communicate through kinases and nutrient homeostasis—so the availability of things like copper in order to leverage that as a tool for cancer therapeutics.

What inspired you to get into this type of work?

For a really long time we’ve been trying to effectively target different protein kinase signaling pathways, and sometimes it’s really hard to target them because there are resistance mechanisms that occur. For example, the RAF signal transduction pathway is mutationally activated in almost 80% of cancer. While targeted therapies initially work to target kinases in this pathway, including RAF and MEK, the cancer cells typically adapt and become resistant. So we thought of this as outside-of-the-box about what nutrients might be required for these signaling pathways to work to potentially dampen the pathways and their downstream processes that are required for cancer cells to function.

I played sports growing up, so I was very interested in potentially doing a career in sports medicine. Then I had a fantastic AP chemistry teacher who, in a lot of ways, changed the way that I thought about what I wanted to do as a career, and that’s why I ended up majoring in chemistry in undergrad and then went all the way through doing scientific research. The first time that I did research was at [University of North] Carolina one summer, and I fell in love with the pursuit of discovery. Every time you do an experiment you’re finding out something new, and that’s the thing that keeps, I think, most of us trying to figure it out—that curiosity.

Through the work that you’re doing, what kind of impact are you hoping to make?

From a basic science perspective, I think a lot of the discussion today has been about how we traditionally think about metals as being the static cofactors buried within enzyme active sites. And now we’re starting to see different ways in which metals can be utilized as signaling molecules and, basically, that’s what my lab does. The major impact is in altering the way that we think about how metals are used. I think outside of that, from a translational perspective, we can then exploit these new findings and move them into the forefront of how we think about cancer cells signaling and how the availability of metals might be an Achilles heel to cancer cell processes by these novel signaling mechanisms that all of us are trying to identify now.

What is your biggest hope for the future of your field?

The importance of this copper homeostasis field is underlined by these rare genetic disorders. So many of the people that are here right now study and are the pioneers in founders in understanding how copper homeostasis occurs and “what are the issues when that goes awry?” I think that one of the things that we’re getting out of this meeting is whether or not we’ll be able to utilize some of these new approaches to help those patients even though it’s a rare disease and then utilize all that information that we’re learning from those disease settings in the context of cancer. I think that the hope would be being able to utilize this knowledge that’s been out there for the last few decades and now really making an impact in multiple fields based off of that long history of copper homeostasis.

What is your favorite part of what you do? What gets you excited to go to work?

I think the discoveries and figuring-out-a-puzzle piece—I find that to be the most fascinating part. In a close second, would be training the next generation. All of us have benefitted from an excellent mentor at some point in our career, and it’s essential for the future to give back to the next generation. I do that at Penn by serving to advance underrepresented minorities in STEM fields.

Can you tell me about a time when, while working, you had nothing but pure fun?

When you’re a graduate student or a post-doc that’s when it’s the most fun. The last year of my Ph.D. was probably one of the best times of my life because that’s when everything kind of clicks;, it’s like, “oh I understand what I’m doing, I understand the experiments,” and things just come together really, really quickly. Most Ph.D.’s come together within a six-month period of time where you’re really figuring things out and I could basically do anything and everything worked and it was perfect. So I think I would say that period of time was one of the most fun because we were figuring out things about small GTPases and how they worked, so that was just really cool.

Can you tell me about the best mentor you ever had and what made them so influential?

Both my Ph.D. mentor Adrienne Cox and my postdoctoral mentor Chris Counter have been extremely influentially to me on a professional and personal level. Both of them I think gave me the room to grow as a scientist, and I think that that was probably one of the most important things. They were very rigorous, they never pulled any punches in terms of making sure that the science was done properly, but then outside of that they gave me the room to explore whatever projects I thought were going to be interesting and supported my path to be a professor. I think that the freedom plus the encouragement was what was really necessary for me to be able to succeed.

When you mentor students, what is most important for you to impart on them?

I think wanting to do the science, that pure excitement that you get out of asking a research question and being rigorous in the way that you do that. My Ph.D. advisor, I remember the first few years where I would be like, OK I did this experiment, she was like, well where are all the controls? So you can be excited, but you also have to make sure that what you’re saying is right. I try to balance between that same excitement about the findings that they have while also making sure that they do it all in the right way. I try to be radically candid based on Kim Scott’s book where it’s essential to care personally and challenge directly. You have to care first before you can give them the feedback that they need when things aren’t going the right way.

What do you consider to be the most defining moment of your career?

I think for right now, the discovery that kinases require copper for their ability to function. It has s allowed me to go into a niche area of science at the intersection of protein kinase signaling, copper homeostasis, and cancer. It’s what my lab is founded on, and the questions we try to address in my lab on a daily basis sit at that intersection. I hope we can continue to push the boundaries of these new findings for a while to come.