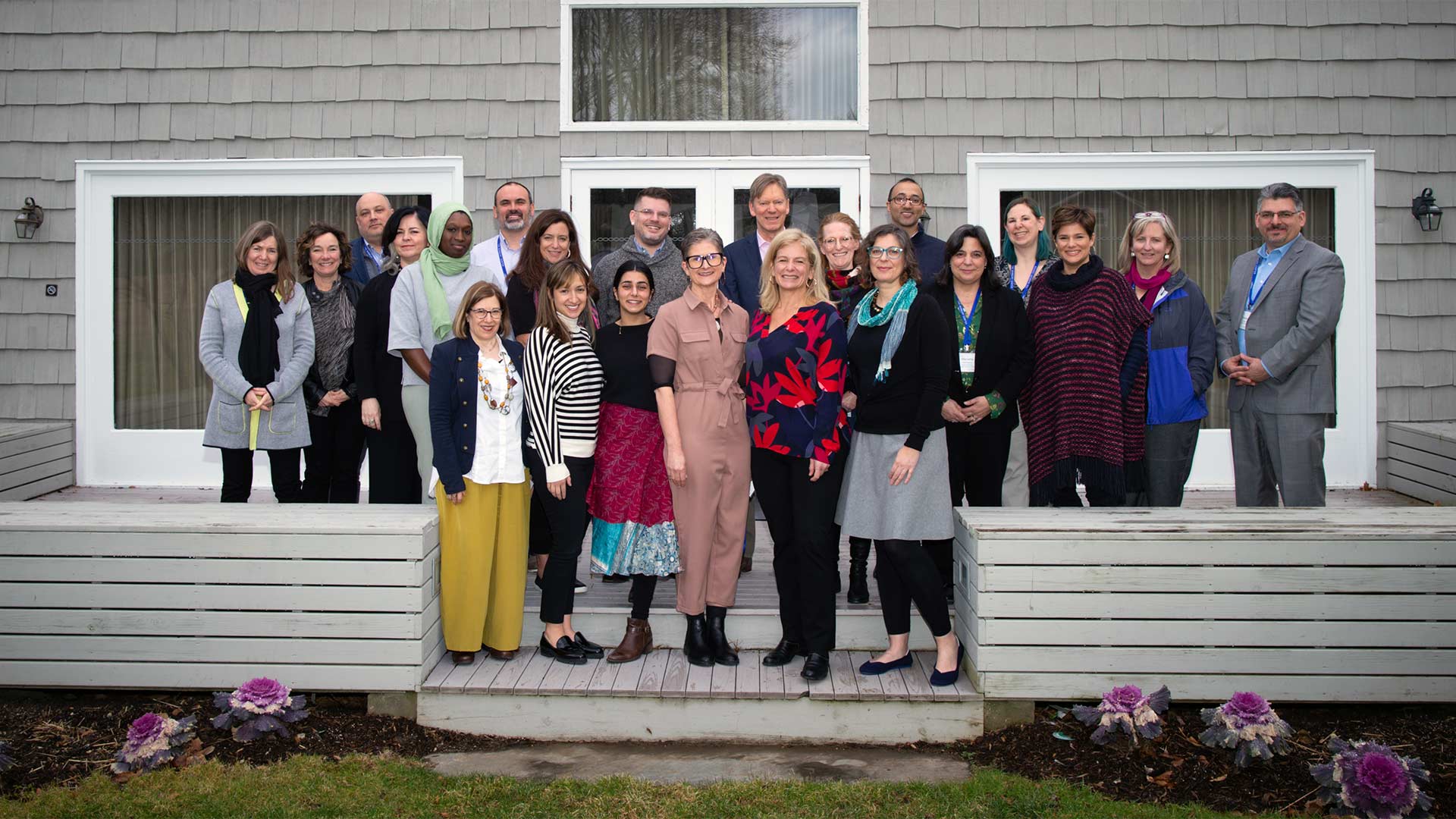 During the Banbury Center’s “Professionalizing Science Communication” meeting (February 2-5), I had the opportunity to sit down with Chantal Barriault, Ph.D., and chat about her career and why it holds such a special place in her heart. Dr. Barriault currently works at Laurentian University in Sudbury, Ontario, Canada, as the director of the Science Communication Graduate Program; she received her Master of Science in science communication from the University of South Wales in Cardiff, UK, and her doctorate in science communication from Curtin University in Perth, Australia.

Can you describe what you do in two sentences?

I run a graduate program for students who already come from a science background to professionalize them in science communication. I run the program, I manage [the students] from recruitment to graduation and research papers. And I teach five courses in that program. So I don’t only run it, I’m faculty. I’ve been doing this since 2005.

How did you get into this type of work?

Through what you do, what is the impact you’re hoping to make?

I’m hoping that the graduates that leave our program are empowered to use their skills and knowledge about how to engage people in dialogue about science, which in turn will help inform a science-literate citizenry and people will turn to science to make decisions.

What is your favorite part about what you do, what gets you excited to go to work every day?

The grad students. Because they’re all so keen and so excited because they’ve chosen this path and so they’re so motivated to be there. That’s why I get up in the morning and get excited about going to work.

You’ve gotten your degrees from around the world, so you’ve seen a lot—what is the most fun, the most exciting thing you’ve ever done as you’ve studied and been in your field?

The most fun I have is developing really great assignments for the students, that are like real assignments that work with real organizations that need science communication. I just find it so much fun to bring people together and see the synergy. That’s the most fun that I have—bringing different players to a table and just making it happen.

Can you tell me about the best mentor you’ve ever had? As a mentor yourself, what is important for you to impart on your students?

I would say the best mentor I ever had was Alan Nursall, he was the science director at the science center that I grew up at. He was my boss for a really long time. He was inspirational because he was the first one to really turn the light on in my head about engaging people in science. He was my mentor for understanding the power of bringing people and scientist together.
I impart on all my students that there is no such thing as the general public, but more importantly I say that we consider everyone ‘non-specialist, interested, competent, and able.’ That when we’re communicating, when we’re engaging people in science, even people who have different values, different beliefs, different agendas, different interests—everyone that we engage with, we can always find something, some core value, some common ground that we can start from. I hate it when people say ‘we have to dumb it down,’ because when we say we have to dumb it down it means that you’re assuming the person listening is dumb. I don’t want my students, who look up to me, to ever think that dumbing down is the right thing—it’s not what we’re doing. Anybody that looks to me as a mentor knows that everybody that you communicate with and engage with is treated with respect and that it just means they’re non-specialists in what you’re trying to communicate. They’re interested, they’re capable, they’re intelligent, they’re just not specialists in the area that you’re trying to engage them with.

What is the most defining moment of your career?

The first one was when I was touring someone from Techniquest, which is the science center in Cardiff. They were visiting North America, visiting Toronto for a conference. He was the director of the science center and he came up to Sudbury to where I am, to our science center and I was asked to give him a tour of the place. When I took him to the discovery theater, which was the theater space where we did live demonstrations, he said, ‘one of our students right now is doing their thesis on the impact of science theater.’ That was a defining moment for me because it was like, ‘you can study this? What do you mean you have a student doing their thesis on science theater?’ That’s when I discovered that they were doing this master’s degree in science communication and that literally changed the course of my career because I then said, ‘we have to do this, this is what I want to do, I want to study this.’ I knew that we were having an impact in the science center, but I couldn’t find research or an academic sort of pursuit that confirmed that, and so I wanted to study it.

The next defining moment was getting my Ph.D. at the age of 45. Went back to school at 40, got my Ph.D. at 45, I worked full time, have two kids. So that’s probably the biggest in my heart, in my mind, my pride…because I always knew I could [get my Ph.D.], but then life happens and you don’t. I just felt like I needed that [Ph.D.] to legitimize my place in academia to run this [master’s] program.