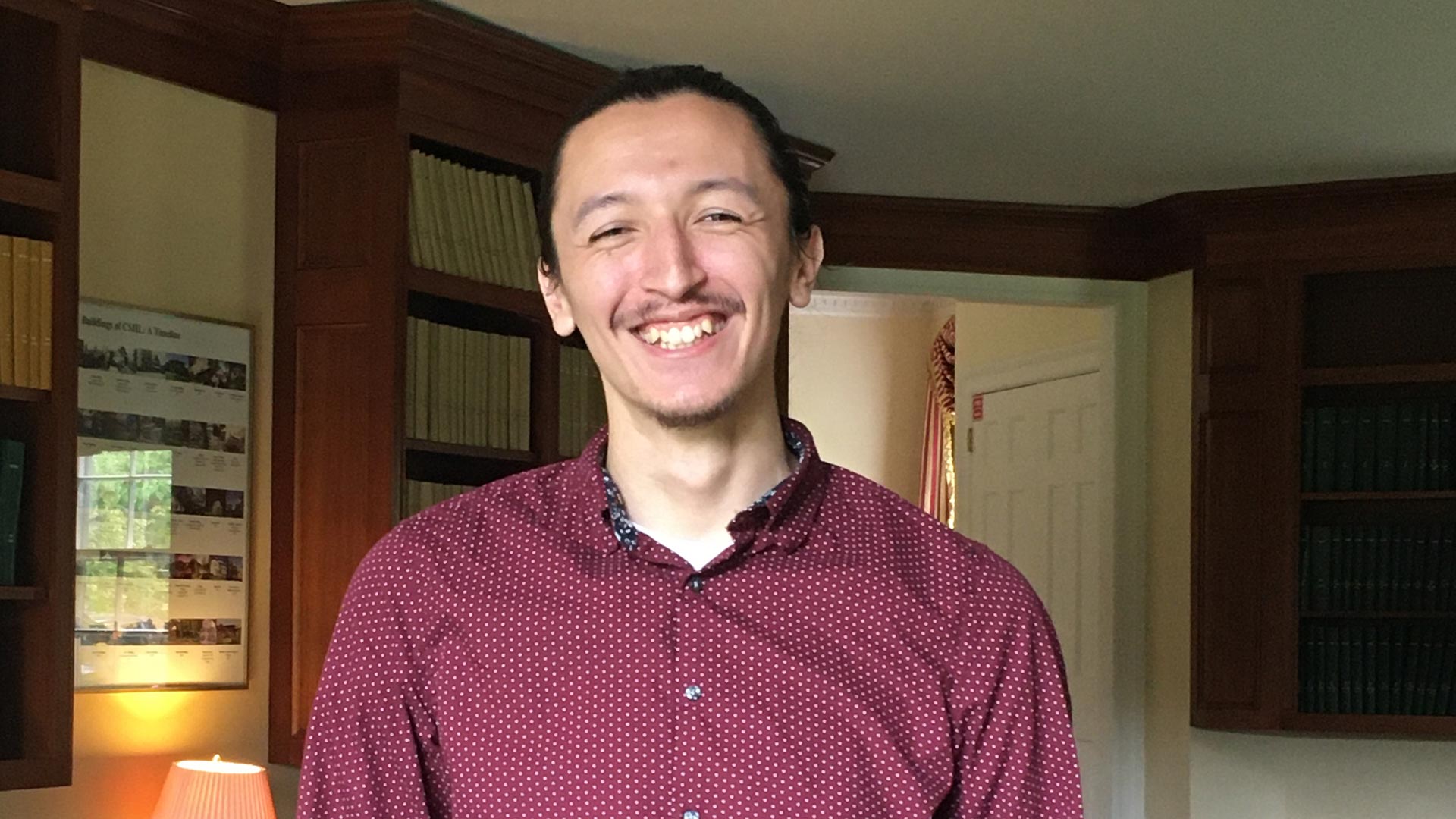 This story will be part of a Spotlight series on Banbury staff. Stay tuned for more profiles on the rest of our team.

A classically-trained singer, a card magician, and the go-to face for the Banbury Center’s future conference attendees, Duncan Yates is Banbury’s new Lodging Manager. Once Banbury begins to host in-person meetings again, Duncan will be the first member of Banbury’s team to greet arriving guests and will ensure that participants are comfortable for the duration of their stay here. Behind the scenes, he’ll also work with Cold Spring Harbor Laboratory’s Facilities and Culinary Services departments to oversee upkeep of the guest residences and review menus, respectively.

A native of Glen Cove, Duncan studied Music Performance at Adelphi University in Garden City, spending most of his time backstage in production work. “In general, I prefer to be backstage…mostly because I could see what was going on and I could make sure that everything that needs to be done was getting done and was happening smoothly and at a good pace.” That urge to organize, facilitate, and help “set the stage” for Duncan at Banbury.

He first learned about the Center from a friend with a connection to Banbury’s office staff. While hosting a small gathering, the friend mentioned that the Lodging Manager position was open and, deciding to take a chance, Duncan applied for the role. While he had never held a position quite like this before, he had years of experience in customer service and in organizing large events. “And I like to think I’m fairly personable,” he added. Within a week he was offered a first interview. The second interview was a week later and the job offer arrived a few days after that. “It’s still a blur, honestly,” he laughed. “I’m grateful to be here.”

Once the Banbury Center begins to offer in-person meetings again and welcomes conference participants to stay on the estate grounds, Duncan’s role will kick into high gear. After checking-in the arriving guests and ensuring that they get to their rooms, Duncan will be the estate’s host. “When we have people around, I start each meal by alerting everyone that the food is ready. Then I will float around, interact with people, get to know them, make sure they feel comfortable . . . If a guest says that there’s something wrong, something needs to be fixed, I will put in a work request. At night, I make sure everyone can get back in the house and into their rooms.” Until Banbury is open to guests again, though, Duncan has been busy inspecting the residence buildings, coordinating maintenance, organizing archival computer records, and logging work orders for any important repair work.

In addition to his official duties, if you visit the Banbury Center and run into Duncan, ask him for a card trick. He’s been dazzling audiences since he started the hobby back in high school. “I found a deck of cards and I thought, ‘Man, it’d be really cool to learn this skill.’ I could do something right in front of someone and they would have no idea what was going on.” Never without a deck of cards in his hands, his chorus director even named him the choir’s Warlock.

An interview with the interviewer: Hannah Stewart, Banbury’s Communications Coordinator

Who's the author behind Banbury's most recent articles? Meet Hannah, the writer behind the Center's e-mails, social media, and website articles.   Read more »

Vanessa Franco has long been a staple at Cold Spring Harbor Laboratory and she's excited to step into her new role at the Banbury Center.   Read more »