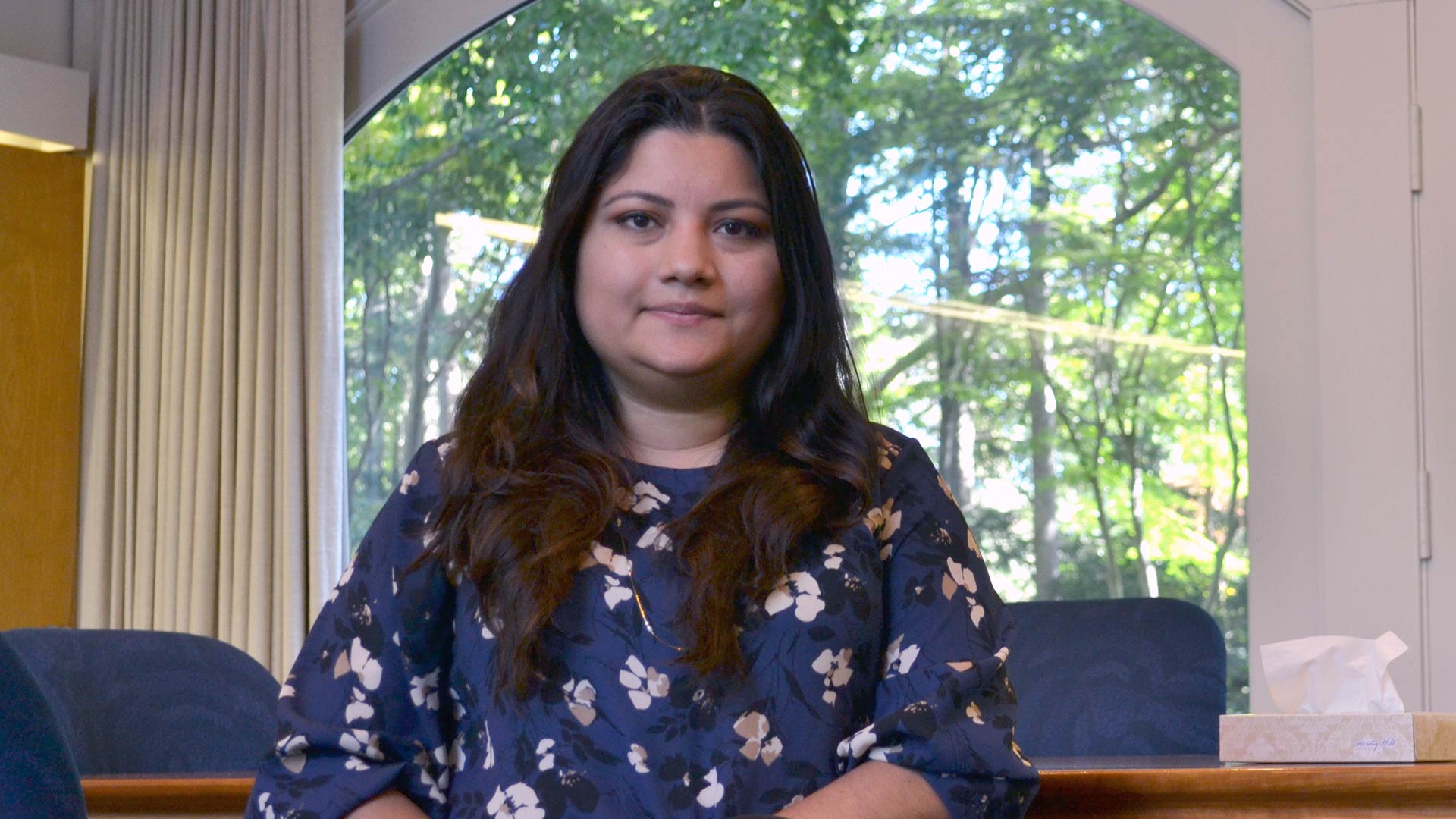 This story is part of a Spotlight series on Banbury staff. Stay tuned for more profiles on the rest of our team.

Anyone who has attended one of Cold Spring Harbor Laboratory’s (CSHL) meetings or courses in the last few years might already know Vanessa Franco. Any attendee or student who took a CSHL course at the Banbury Center in recent years has almost certainly seen her. For those who don’t know her yet, Vanessa is Banbury’s new Finance & Development Coordinator. Previously, she was the Assistant Course Registrar with Cold Spring Harbor Laboratory’s Meetings & Courses Program since 2015.

“I came in to help as an admin for the summer program. I was supposed to be here only for the season but now I’ve been here for many, many years,” she laughed. Her old role focused first on supporting the lead coordinator for the Banbury summer courses, but she would eventually be promoted to taking the lead on organizing meetings herself. The very first event she led was one of the largest and longest conferences offered by Cold Spring Harbor Laboratory, the annual Retroviruses meeting, with over 350 registered participants.

“I was able to really immerse myself into that community and to see their work. . .that’s the cool thing about working here at Cold Spring Harbor Laboratory: you get immersed into the science as well, even if you don’t know that much at the start.”

Born and raised in Ecuador, she moved to the United States when was 10 years old. Vanessa is grateful for the support she received from her Brentwood, New York high school and their push to get more women, especially Hispanic women, involved in STEM fields. “They would bring us to Stony Brook University where I did summer research with the Garcia Program since I was 16 years old. That really shaped me.”

In her new role at the Banbury Center, Vanessa is responsible for assisting the Executive Director in acquiring and allocating funding, aiding meeting participants in organizing their travel logistics according to Banbury policies, and serving as a coordinator for the Corporate Sponsor Program. “I’m definitely, definitely looking forward to having people back here,” she added. “We miss them. It’s part of Cold Spring Harbor Laboratory, having people come here. . .Not having that interaction has been very hard.”

That being said, she’s been enjoying the more sedate pace at the Banbury Center before the in-person meetings kick in again. This “calm before the storm” has allowed her to adjust to the transition and get to know her new teammates (Check out the other Spotlight profiles on the Banbury website to learn about the other new members of the team). “My fondest memories so far at Banbury are our all-staff meetings. I feel like we’re becoming a unit, I love that.”

One of Vanessa’s favorite parts of Banbury meetings is their small size. “The magic of Banbury is that people can open up. The meetings are more than just the seminars; conversations move outside the conference room,” she explained. “That’s just what this campus does.”

An interview with the interviewer: Hannah Stewart, Banbury’s Communications Coordinator

Who's the author behind Banbury's most recent articles? Meet Hannah, the writer behind the Center's e-mails, social media, and website articles.   Read more »