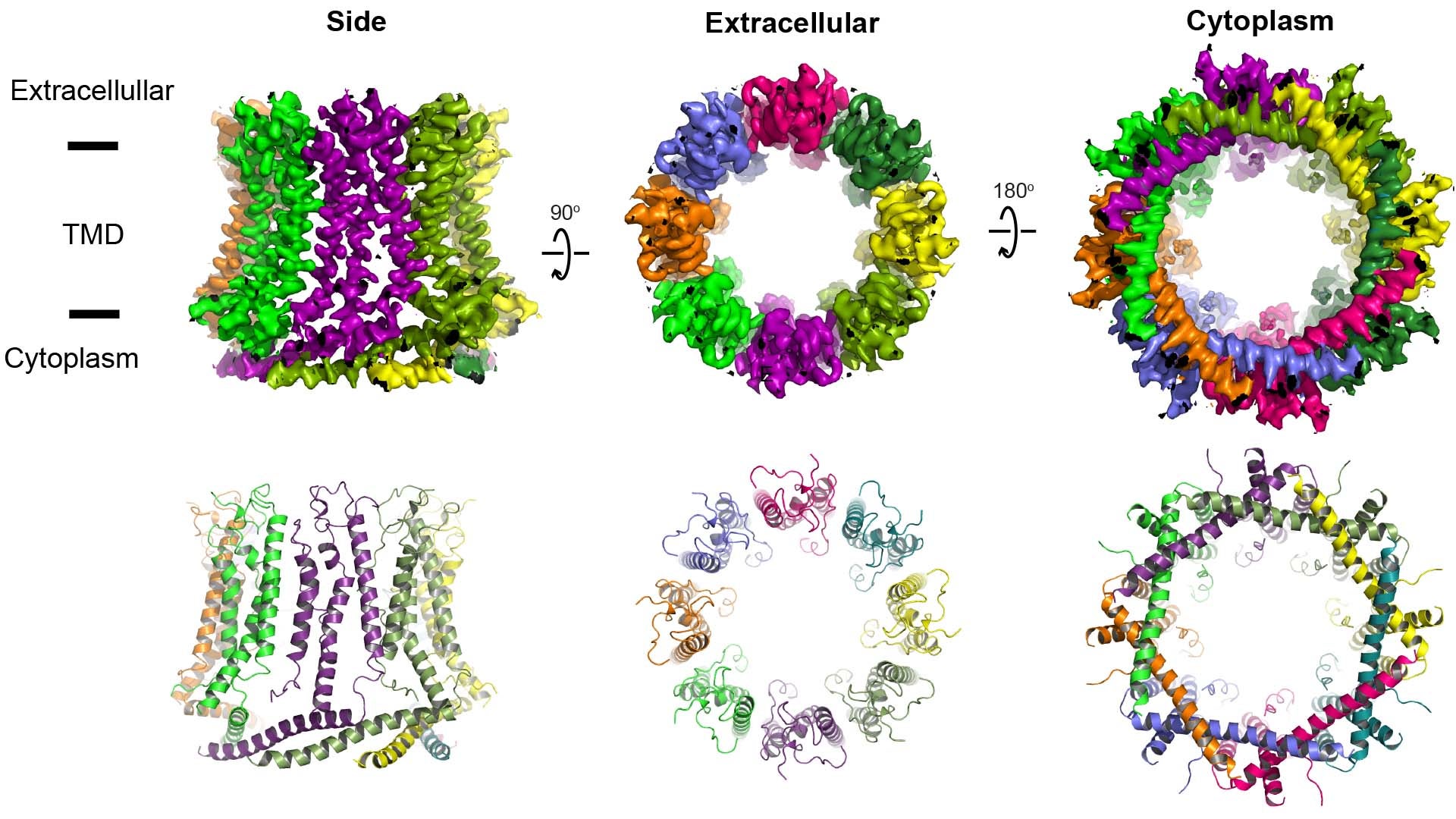 Large holes in our cells have been implicated in depression, Alzheimer’s disease, asthma, and even taste. Now, we know what two kinds of these pores look like, potentially creating new opportunities to discover effective treatment options.

Many cells are covered with mysterious large holes, pores that have been associated with the sense of taste as well as Alzheimer’s disease, depression, and even asthma. Knowing the structure of these varied holes will help researchers better understand this range of associations and provide a blueprint for developing new therapies.

“One of the most recently discovered of these ‘large holes’ are called calcium homeostasis modulators (CALHMs),” said Cold Spring Harbor Laboratory Professor Furukawa. “They’re basically pores on the surface of some cells such as neurons,” that let various molecules enter and exit the cell.

As described recently in Nature Structural & Molecular Biology, researchers from Furukawa’s lab showcased the detailed structure of two CALHMs and how they function.

“If you have large holes in cells, you’d think the cells would burst open or shrink,” said Johanna Syrjanen, a postdoctoral researcher who helped lead the research. However, she added, cells with functioning pores “remain quite happily as they are.”

That suggests these pores are important for maintaining cell health. To investigate this, the researchers studied two kinds of pores. The pore CALHM1 is involved in sensing bitter or sweet tastes, and even that savory fifth taste known as umami. This pore is also involved in controlling the airways in your lungs, which implicates it in asthma. Additionally, mutations in the genes that shape CALHM1 have been associated with Alzheimer’s disease. The researchers also studied another pore, CALHM2 that might be involved in depression. To their surprise, they found that CALHM2 has much larger pore size compared to CALHM1.

“Presumably the opening and closing of these pores is tightly regulated in some way,” said Syrjanen. This opening and closing might be key to how the pores influence taste or are associated with disease. To make sense of this, “we first have to be able to visualize them and use that information as a guide for further experiments,” she explained.

To visualize the structure of CALHM1 and CALHM2, Furukawa’s lab used cryo-electron microscopy, which fires a powerful electron through a rapidly frozen specimen to obtain images. They then carefully compound the images in various orientations into a 3-D model that highlights the finite details of each pore’s structure.

“We’ve provided science with the first blueprint of these pores to design therapeutic compounds,” said Furukawa. “The hope is that such compounds could be effective in treating diseases and disorders like Alzheimer’s and depression, and potentially in asthma.”

Large holes in our cells have been implicated in depression, Alzheimer’s disease, asthma, and even taste. Now, we know what two kinds of these pores look like, potentially creating new opportunities to discover effective treatment options. 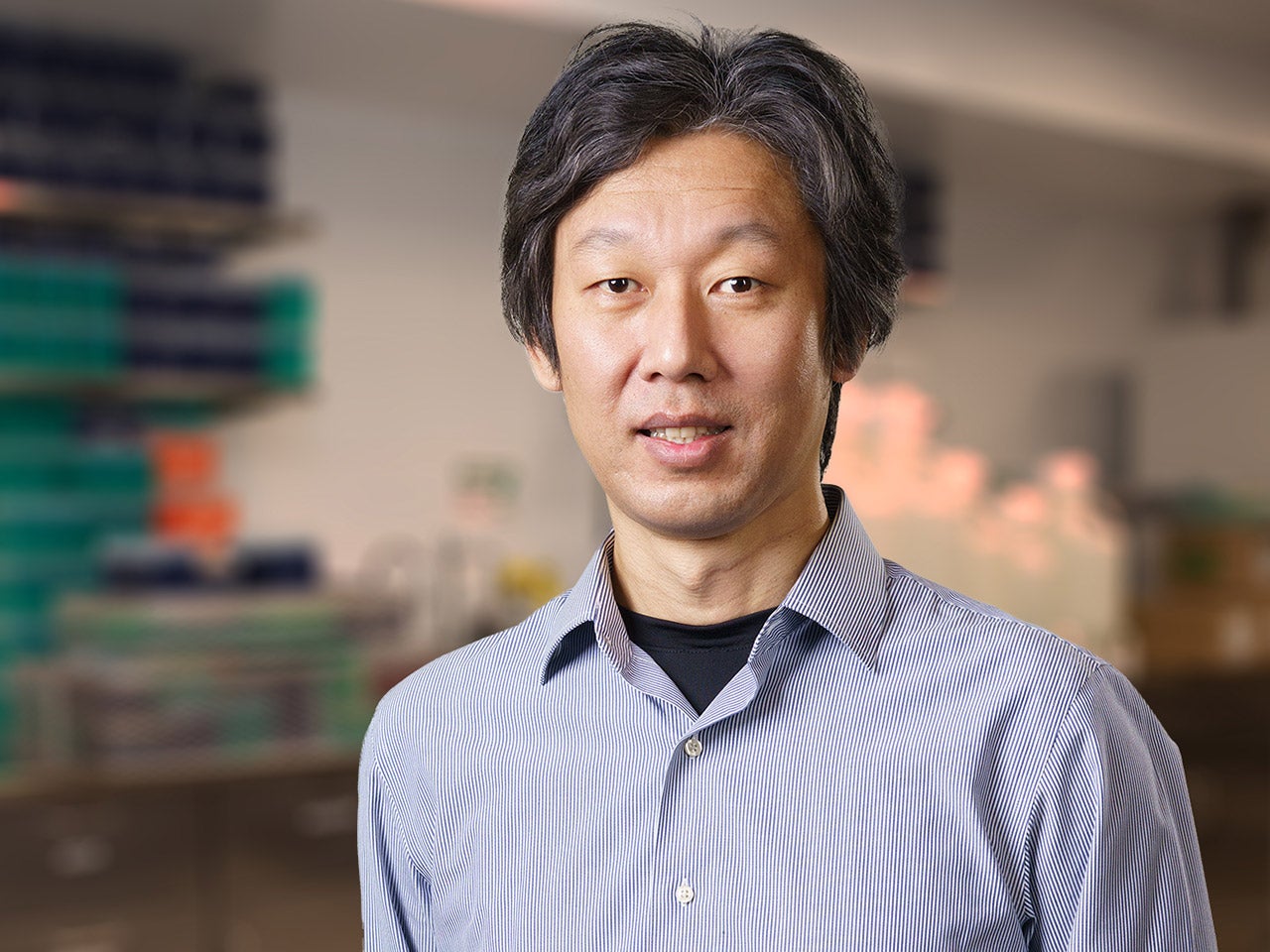 Images of ‘invisible’ holes on cells may jumpstart research

Cellular pores, once impossible to see, have been imaged for the first time. This sets the stage for new discoveries about blood pressure and pain.   Read more »