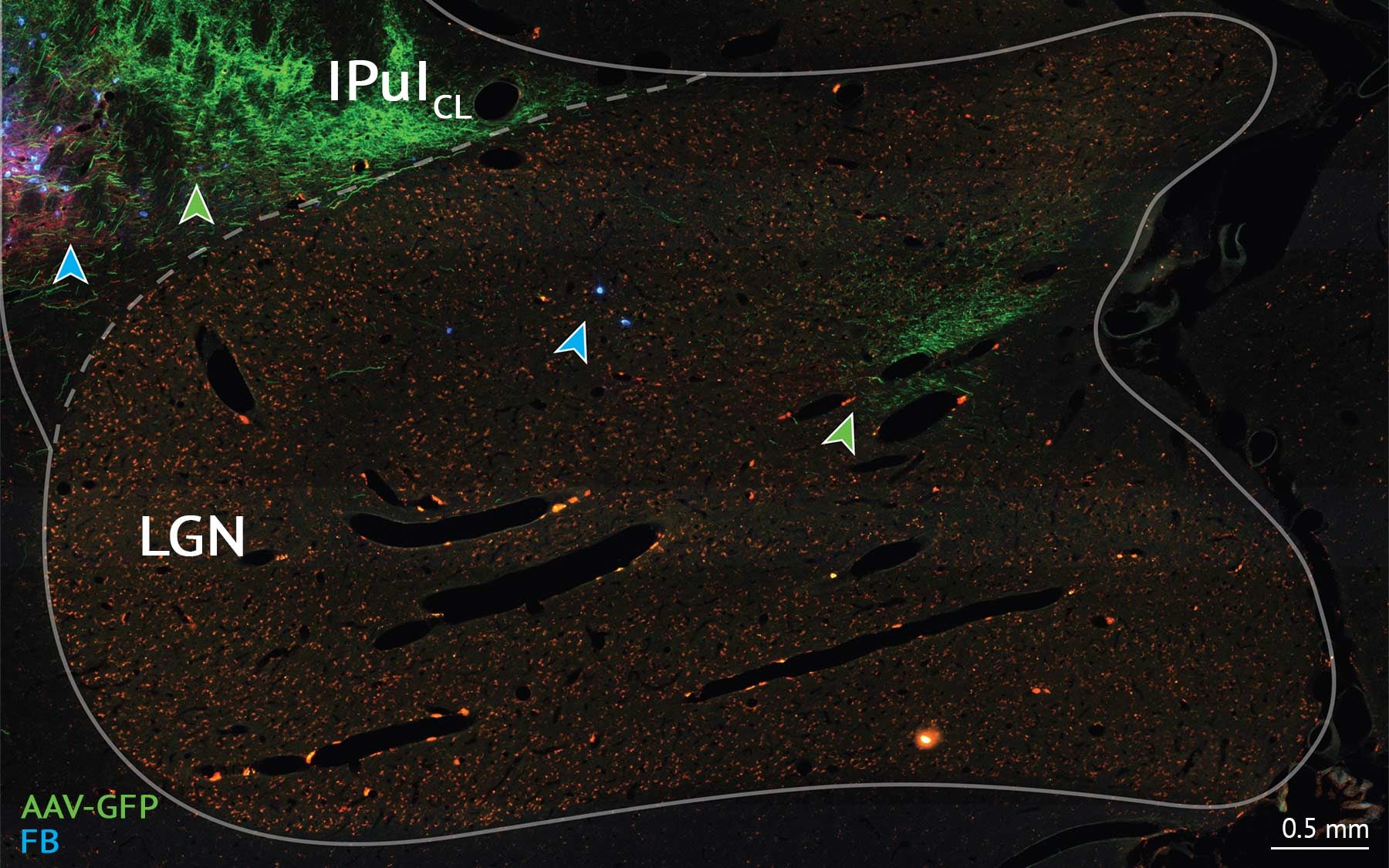 An international team of researchers led by neuroscientists from CSHL and University of Sydney published an updated view on the primate brain’s visual system organization, and they found that parts of the primate visual system may work differently than previously thought.

Despite years of research, the brain still contains broad areas of unchartered territory. A team of scientists, led by neuroscientists from Cold Spring Harbor Laboratory and University of Sydney, recently found new evidence revising the traditional view of the primate brain’s visual system organization using data from marmosets. This remapping of the brain could serve as a future reference for understanding how the highly complex visual system works, and potentially influence the design of artificial neural networks for machine vision.

In the quest of the whole-brain connectivity in marmosets, the team found that parts of the primate visual system may work differently than previously thought. Mapping out how distinct types of cells connect can help researchers understand how groups of cells play in concert to relay and process sensory information from the outside environment to the brain.

For their research, the team looked at the thalamus, a brain structure located above the brainstem that consists of different nuclei (groups of cells or neurons that are packed together) thought to relay and coordinate sensory information to the cerebral cortex, typically conceived of as the seat of higher cognitive function.

Researchers have traditionally categorized different thalamic nuclei as either relay nuclei or association nuclei. The visual thalamus, for example, contains the lateral geniculate nucleus (LGN), considered to be a relay of information from the retina to the visual cortex, and the visual pulvinar, which is thought to be responsible for multisensory coordination and attention.

The new study found that the same type of cells exist in specific regions of the LGN and the visual pulvinar. These cells, the researchers discovered, form the same kind of connectivity with the cortex, implying that these sub-compartments of the LGN and pulvinar may share the same function, and collaborate in a way that wasn’t previously expected.

The research is also important because it’s the first time this type of brain mapping was conducted on primates, which have brain structures similar to humans.

“The pulvinar is not well defined in rodent models, that’s the value of this particular research in primates, that would be transferable to humans,” said Bingxing Huo, a computational science manager in CSHL professor Partha Mitra’s lab and the first author on the study. Their findings are published in the European Journal of Neuroscience.

This study is the second piece of data analysis the group has published on this marmoset dataset. This series of research show that in analyzing data about the whole brain in finer detail, “we may have to redraw some of the traditional boundaries that people have drawn, or reclassify functions that people have attributed to parts of the brain,” said Mitra, the senior author on the study.

Outside of basic science implications of the findings, Mitra also suggested possible applications in artificial intelligence.

“People are basing the algorithms that they develop on a dated view of the visual system’s anatomy,” Mitra said. “As we understand it better, maybe that will allow for new thinking about network algorithms for machine vision.”

This research was funded by National Health & Medical Research Council, the Australian Research Council Centre of Excellence for Integrative Brain Function, Brain Mapping of Integrated Neurotechnologies for Disease Studies by the Japan Agency for Medical Research and Development, the National Institutes of Health, and the G. Harold and Leila Y. Mathers Charitable Foundation.

Huo, B. et. al, “Relation of koniocellular layers of dorsal lateral geniculate to inferior pulvinar nuclei in common marmosets” was published in the European Journal of Neuroscience on August 16, 2019.

An international team of researchers led by neuroscientists from CSHL and University of Sydney published an updated view on the primate brain’s visual system organization, and they found that parts of the primate visual system may work differently than previously thought.