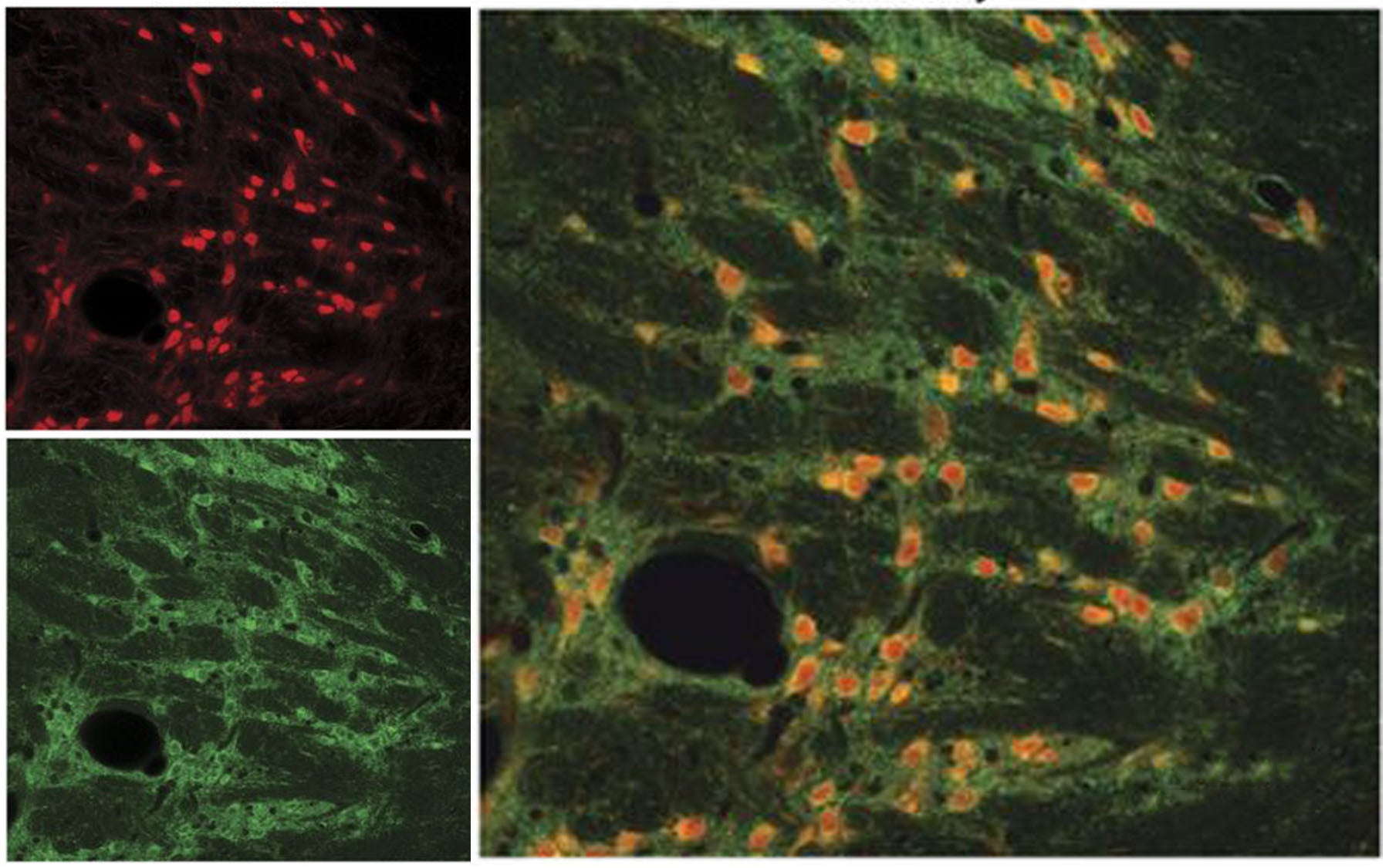 Scientists identify a neural pathway that controls attention, with implications for psychiatric disorders

Cold Spring Harbor, NY — The next time you are in a crowded room, or a meeting, or even at the park with your kids, take a look around. How many people are on their phone? Distractions invade every aspect of our lives. Status updates, text messages, email notifications all threaten to steal our attention away from the moment. While we fight the urge to check the phone, our brains are making constant judgment calls about where to focus attention. The brain must continually filter important information from irrelevant interference.

Scientists have hypothesized for decades about how the brain might accomplish this, but it has been challenging to find evidence to support the theories. Now, researchers at Cold Spring Harbor Laboratory (CSHL) have identified a neural circuit in the mouse brain that controls attention and sensory processing, providing insight into how the brain filters out distractions. The work has implications for devastating psychiatric disorders such as schizophrenia that are characterized at least in part by significant attention deficits.

The cortex is the region of the brain where most cognitive function happens. It is there that information is processed and interpreted, and decisions are made. But sensory information must pass through a neuronal gate, called the thalamus, on its way to the cortex. The thalamus, a ball-shaped bundle of neurons, is coated in a thin neuronal skin called the thalamic reticular nucleus, or TRN. As early as 1984, Nobel laureate Francis Crick hypothesized that the TRN might function like a guardian of the gate, regulating precisely which information is worthy of being passed on through the thalamus to the cortex for further analysis.

Researchers were intrigued by the hypothesis but faced technical struggles to prove that it was correct. Given the unique anatomical structure of the TRN—analogous to the skin on an apple—scientists were unable to target those neurons specifically. Still, evidence began to mount that the theory could be correct. Dysfunction of the TRN has been implicated in schizophrenia, and activity in the TRN correlates with sensory detection and attention.

Now, nearly 30 years after Crick’s hypothesis, a team of CSHL scientists led by Associate Professor Bo Li has been able to provide the elusive evidence that the TRN regulates signaling between the cortex and thalamus. Together, the three structures form a circuit that controls attention and sensory processing in the mouse brain.

Using new viral technology combined with mouse models developed by CSHL Professor Josh Huang, Li and his team found a way to precisely target the TRN. They inactivated a single protein, called ErbB4, specifically in the TRN. Mutations in ErbB4 have been associated in prior studies with schizophrenia and other attention deficit disorders. The protein is found in large amounts in the TRN.

The team found that loss of ErbB4 in the TRN greatly affects the animal’s ability to focus amid distractions. “When ErbB4 is absent, we saw that the connections between the cortex and the TRN become much stronger,” explains Li. “This perturbs the role of the TRN as a guardian of the thalamus ‘gate,’ and provides a mechanism for the hypothesis that Crick proposed so long ago.”

Beyond offering new insights into the neuronal basis of attention, the research suggests possible targets for therapeutics to treat attention deficit disorders as well as attention problems in broader illnesses including schizophrenia. According to Li, the next step is “to understand how loss of ErbB4 enhances the connections between the cortex and the TRN, which will hopefully enable us to pinpoint more drug targets in the future.”

This work was supported by the Deutsche Forschungsgemeinschaft, the US National Institutes of Health, the Dana Foundation, NARSAD, the Louis Feil Trust, and the Stanley Family Foundation.