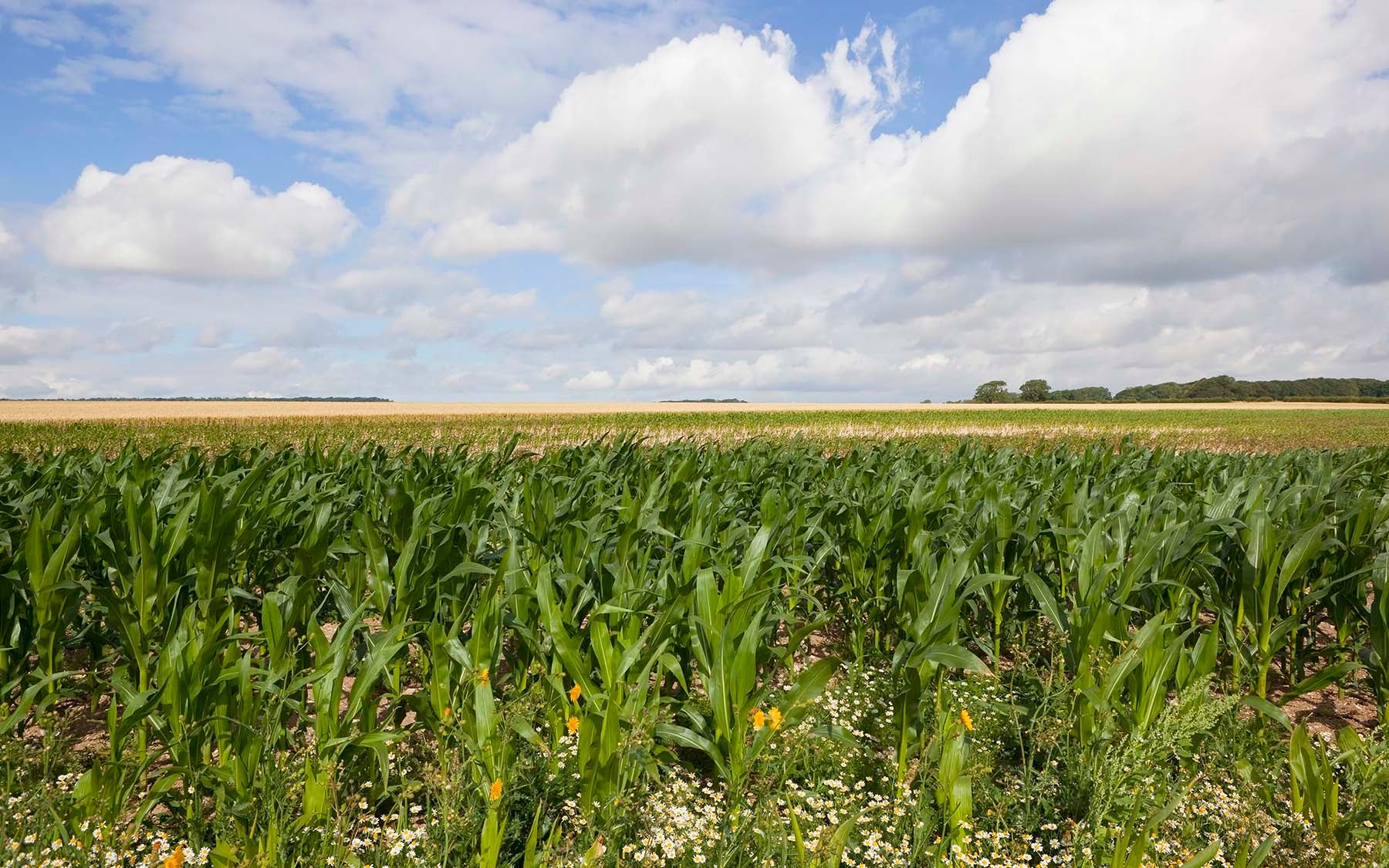 Cold Spring Harbor, NY and Washington, DC — An international  research team involving 17 institutions including Cold Spring Harbor Laboratory has published the most comprehensive analysis to date of the maize genome. It is an achievement that substantially increases scientists’ understanding of differences across related but different species of the plant, which most North Americans call corn, as well as the nature of differences found within individual maize species.

The research is expected to speed development of improved varieties of corn, which is one of the world’s most important agricultural commodities.

The analysis appears in two separate papers that appeared online ahead of print Sunday, June 3 in the journal Nature Genetics. The researchers—whose work was supported by the U.S. Department of Agriculture (USDA) and is the fruit of two ongoing National Science Foundation (NSF) projects on maize diversity—sheds light not only on maize’s remarkable genetic range, but also on how the plant evolved, and how it continues to diversify as it adapts to changing climates and habitats.

The potential value of new knowledge about maize is clear: in the U.S. alone, the corn crop was valued at $76 billion last year, with the 12 billion bushels produced by U.S. growers accounting for over one-third of the world’s supply. It is the largest production crop worldwide, providing food for billions of people and livestock and critical feedstock for production of biofuels.

One of the two reports just published, reflecting work by a science team co-led by Doreen Ware, Ph.D., of the USDA’s Agricultural Research Service (ARS) and a CSHL Adjunct Associate Professor, in collaboration with ARS scientists Ed Buckler, Peter Bradbury, Jim Holland and Michael McMullen, examined the genetic structure and the relationships and sequential ordering of individual genes in more than 100 varieties of wild and domesticated corn. CSHL Professor W. Richard McCombie also contributed to the work.

The paper, whose lead author is Jer Ming Chia, Ph.D., a Research Investigator in the Ware lab at CSHL, describes how the structures of genomes can vary tremendously from one corn variety to the next; how structural variations within a genome can have major effects on traits such as plant architecture and disease resistance; and how the corn genome is, in Chia’s words, “essentially still in flux.” The team also discovered significant variations in the physical size of genomes of different varieties.

“Our continuing efforts to understand the maize genome have value for science, but also very clear practical benefits,” says Ware. “We understand intuitively that ‘the best corn’ in one place is not necessarily going to be the best in another location with different climate or soil conditions. What we are learning about its genome will enable breeders to optimize maize yield for different conditions, something that’s particularly important as our climate changes and global population continues to grow.”

The size of the genome in different varieties of maize can vary by as much as 25%. The team confirmed that such large differences between species are due largely to the occurrence of repeating genetic sequences called transposable elements (also called transposons). They found, in contrast, that genome differences within members of the same species tended to be caused by changes in very small DNA segments called microsatellite DNA.

The team’s findings expand on those of a study published by Ware and another international team in 2009 which provided a genetic blueprint of maize and identified roughly 1 million genetic markers. These markers, indicating spots in the genome where single DNA “letters” vary among individuals of the same species, are called single nucleotide polymorphisms, or SNPs (pronounced “snips”).

Using a sophisticated, population-genetics approach—in which information on genome sequence is integrated with data on the relatedness of the different individuals sampled—Ware, Chia and colleagues have now identified 55 million SNPs in 103 lines of the Zea mays species and a representative from a sister genus called Tripsacum dactyloides. This achievement is expected to vastly enhance the ability of scientists and breeders to track and select for valuable regions of the genome for the purpose of enhancing targeted traits.

The researchers identified hundreds of genes that played a role in the transformation of corn from its wild roots to today’s cultivated crop and show how that transition was largely achieved by ancient farmers who first domesticated it thousands of years ago. They also found that modern breeding efforts focusing on hybrid vigor have resulted in changes in gene expression. Hybrid vigor is the phenomenon discovered by CSHL plant geneticist George Shull in 1908 in which the hybrid offspring of two different, inbred parents, possesses superior qualities—for instance, fertility—relative to the parents.

The overall project was organized by USDA scientists and included scientists at 16 institutions in addition to CSHL, including the Beijing Genome Institute, the University of California, Davis, Cornell University and the International Maize and Wheat Improvement Center (CIMMYT) in El Batan, Mexico.