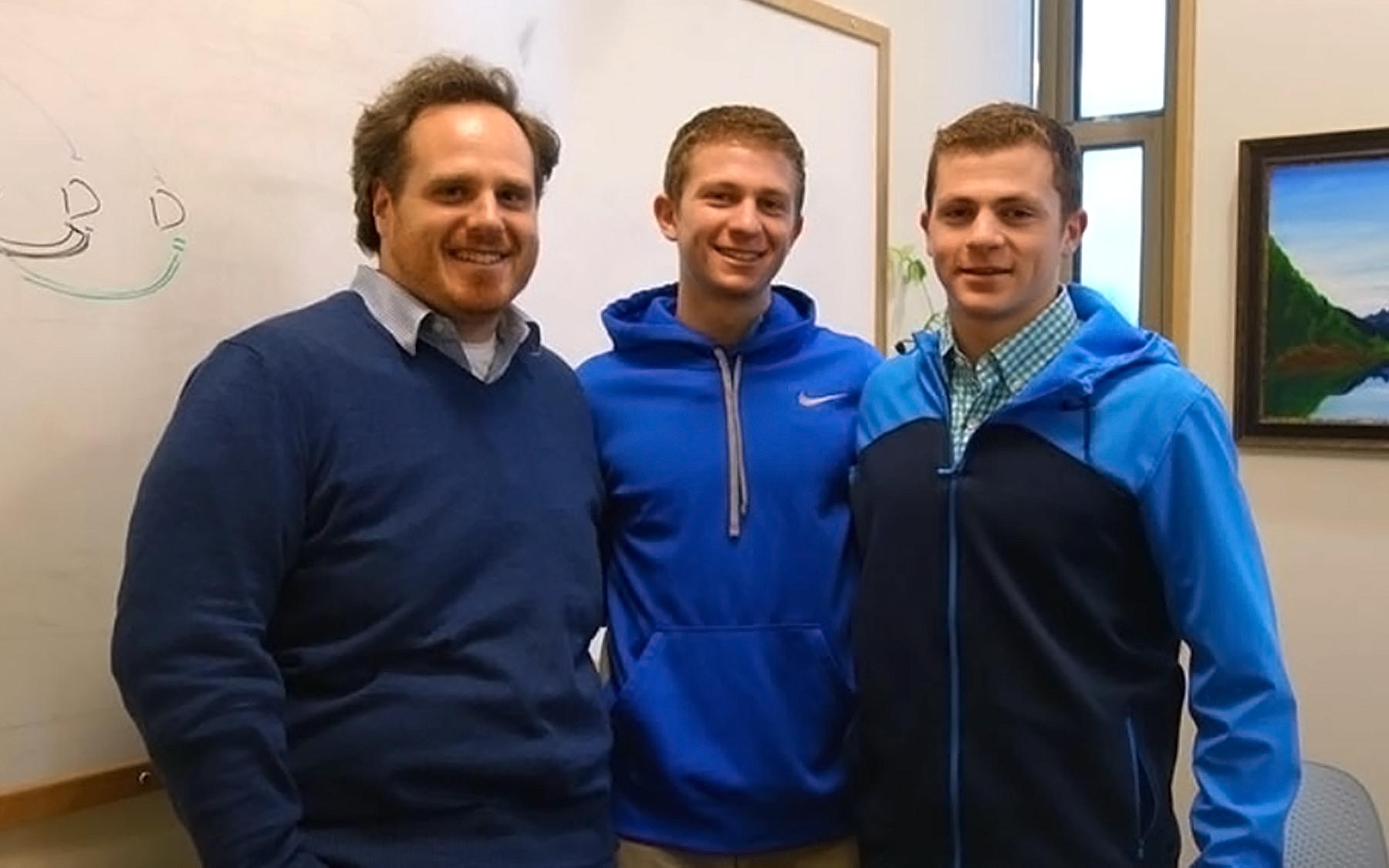 This post was written by Skyler Palatnick, a junior at Cold Spring Harbor High School with a penchant for writing about scientists. His first contribution to LabDish was about CSHL Director of Research David L. Spector. In this post, he introduces us to someone closer to home.

A 14-year-old with an internship?  Not very common. A 14-year-old working with a world renowned laboratory on a groundbreaking project?  Practically unheard of.  As crazy as it may seem, there is an exceptional teenager in the Cold Spring Harbor community who has done just this. Meet my brother, Aspyn Palatnick, who, since 7th grade, has been mentored by Dr. Michael Schatz at Cold Spring Harbor Laboratory.

Now midway through his senior year of high school, Aspyn has almost finished the main project Schatz recruited him to do: create a mobile application that aligns and analyzes DNA sequences. Through years of hard work and determination, Aspyn and Schatz have accomplished not just an incredible innovation in the field of genetics, but have forged a partnership that transcends the boundaries of science.

With a computer program of some 20,000 lines of code, Schatz says he and Aspyn are “breaking into new territory,” doing what has never been done.  The app they’ve created provides a way for DNA sequence alignment and analysis to go mobile.  But their work together didn’t start off so challenging.  When Aspyn began he was given small, seemingly insignificant tasks to complete. While these may have appeared to be unimportant at the time, they helped him develop the programming skills necessary to complete the major app-building mission that he would later be assigned. Programming at the Lab has brought Aspyn’s coding ability to heights he couldn’t have imagined

Not so surprising, considering Schatz’s own amazing coding abilities, gained from years studying at Carnegie Mellon and working at CSHL.  He and his team have developed multiple impressive algorithms. Notable among these is one that reduces the amount of error in certain gene sequencers to below 0.1%. His countless hours of hard work have pushed the boundaries of biotechnology and research on genomes and have earned him prestigious awards such as the National Science Foundation (NSF) Early CAREER Award, and just weeks ago, an Alfred P. Sloan Foundation Research Fellowship.

Schatz noticed Aspyn’s natural ability, work ethic, and intuition early on. He says he saw a little of himself in the young student, and he challenged Aspyn. At the same time, Schatz concedes he learned a lot about coding mobile applications from Aspyn, too.  It just goes to show what drive and passion can do, no matter how old you are!

“After I got that first project and second project, I realized how much I would be able to learn and how much there was to learn,” Aspyn explains. Perhaps even more significant were the social skills he has acquired working in a laboratory. No doubt. Schatz has played a huge beneficial role in my brother’s life.

The app they created together, iGenomics, is extremely relevant to Schatz’s work in computational biology. Technology is essential to the understanding of genomes and how they work, and they evolve because genomes contain so much data.  The ability to use a mobile device in this area of science is so important. Today, almost everybody carries a smart-phone or a mobile device of some kind. “The app can be used anywhere…People used to only check their email on computers and now they check it on their phones. But researchers can now use sequence analysis software on their phones, wherever and whenever,” explains Aspyn.

iGenomics is especially relevant in the world of medical research. The application is targeted specifically for the analysis of bacteria and viruses, including influenza. When you input a strain of a virus into the app, it tells you which antivirals that strain of virus is resistant to.

Aspyn and Schatz plan to keep working to make the world of science a better place. They tell me that this app surely won’t be the last of the projects they work on together.  With encouragement from Schatz to take risks and try new things, my brother might take a path similar to his mentor’s.  What a great goal to aspire to:  be one of the most significant researchers in one of the most important research facilities worldwide! Whatever the future holds for Dr. Schatz and Aspyn, their experience together has made a difference for them and for science.