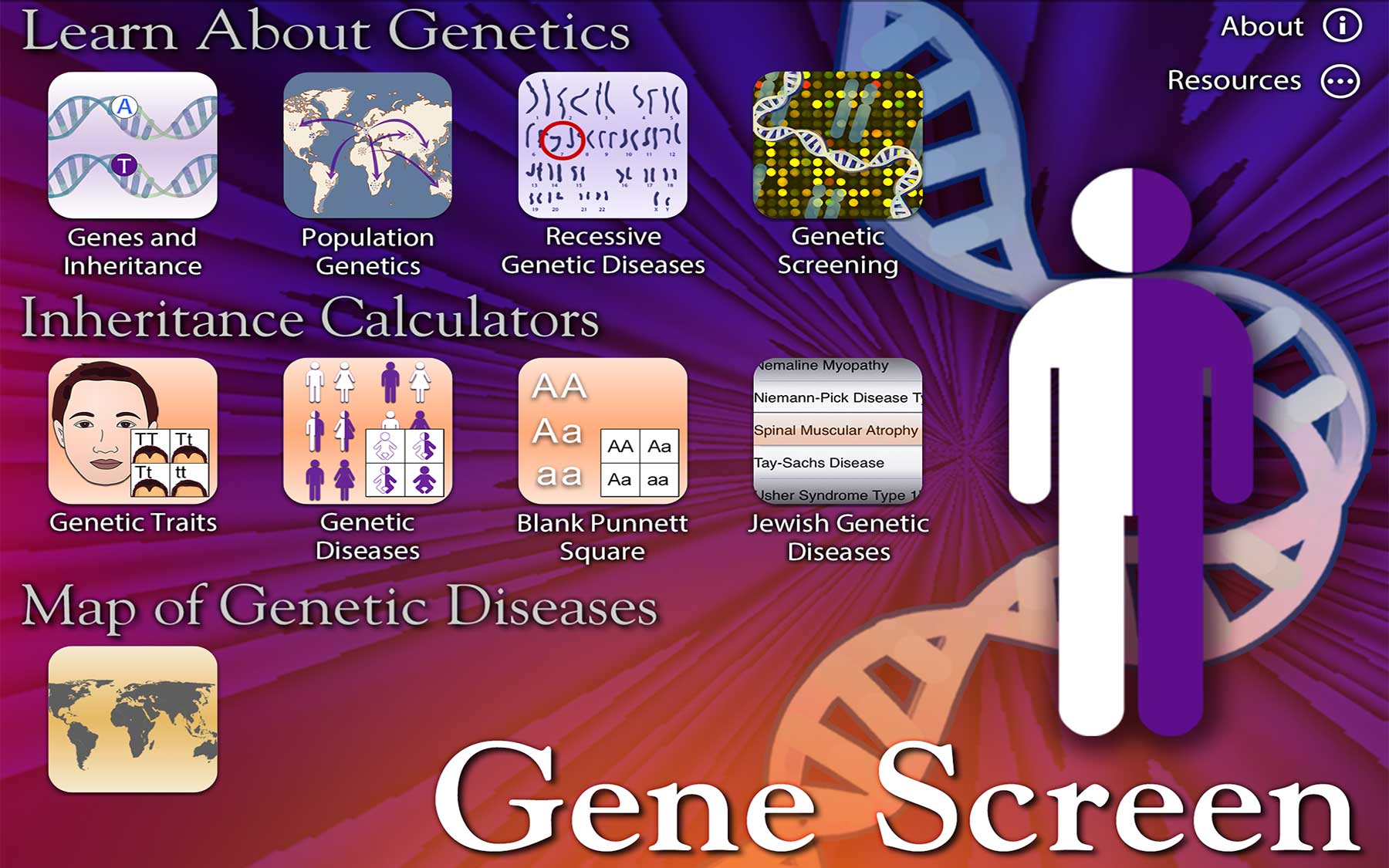 email envelop icontwitter icon share buttonfacebook icon share buttonlinkedin icon share button
The app makers at CSHL’s DNA Learning Center (DNALC) are at it again. Two years after launching The 3-D Brain, a highly-ranked interactive app for iPhones and iPads, the DNALC team has just released Gene Screen, a cool tool for just about anyone curious about how certain genetic traits and diseases are inherited, and why some of them are more prevalent than others in different ethnic populations.

Produced in partnership with the Victor Center for the Prevention of Jewish Genetic Diseases in Philadelphia, the DNALC’s app was developed as part of a project funded by the Atlanta-based Marcus Foundation. The project’s goal is to increase awareness among the Ashkenazi Jewish population of recessive disorders—diseases that occur in individuals who have inherited two mutated copies of a gene, one from each parent.

In contrast to frequently occurring diseases such as cancer—which will affect one in three women and one in two men—recessive genetic diseases are relatively rare in the general population. They tend to be most prevalent in ethnic groups in which marriages between kinsmen are or once were common. Among the app’s many features is a “prevalence calculator” that reveals the difference in carrier frequencies of 19 genetic diseases in Jewish populations versus the general population. There’s also an interactive ancestry map that you can zoom, scroll or tap to discover which genetic diseases are more common in the regions where your ancestors came from.

With the app’s “inheritance calculators,” users can work out the patterns of recessive inheritance and the chance of having a recessive genetic disease based on whether their parents are affected, unaffected or carriers of a trait or disease. For those who seek a firmer grounding in genetics principles before trying out these calculations, the app includes four animated primers of relevant concepts. Of course, the app can’t determine if you or your parents carry a recessive gene; only genetic testing can do that.

You can download the app for iPhone and iTouch from iTunes. An iPad version will arrive soon!

COVID-19 or not, CSHL workers are on the job

A look at some of the many CSHL employees who have worked to keep the Laboratory running with new safety precautions and online offerings.   Read more »

Meet the seven graduates of the Cold Spring Harbor Laboratory School of Biological Sciences. Congratulations to all.   Read more »

Mikala Egeblad and David Micklos presented their work at the “Life Science Across the Globe” seminar series.   Read more »