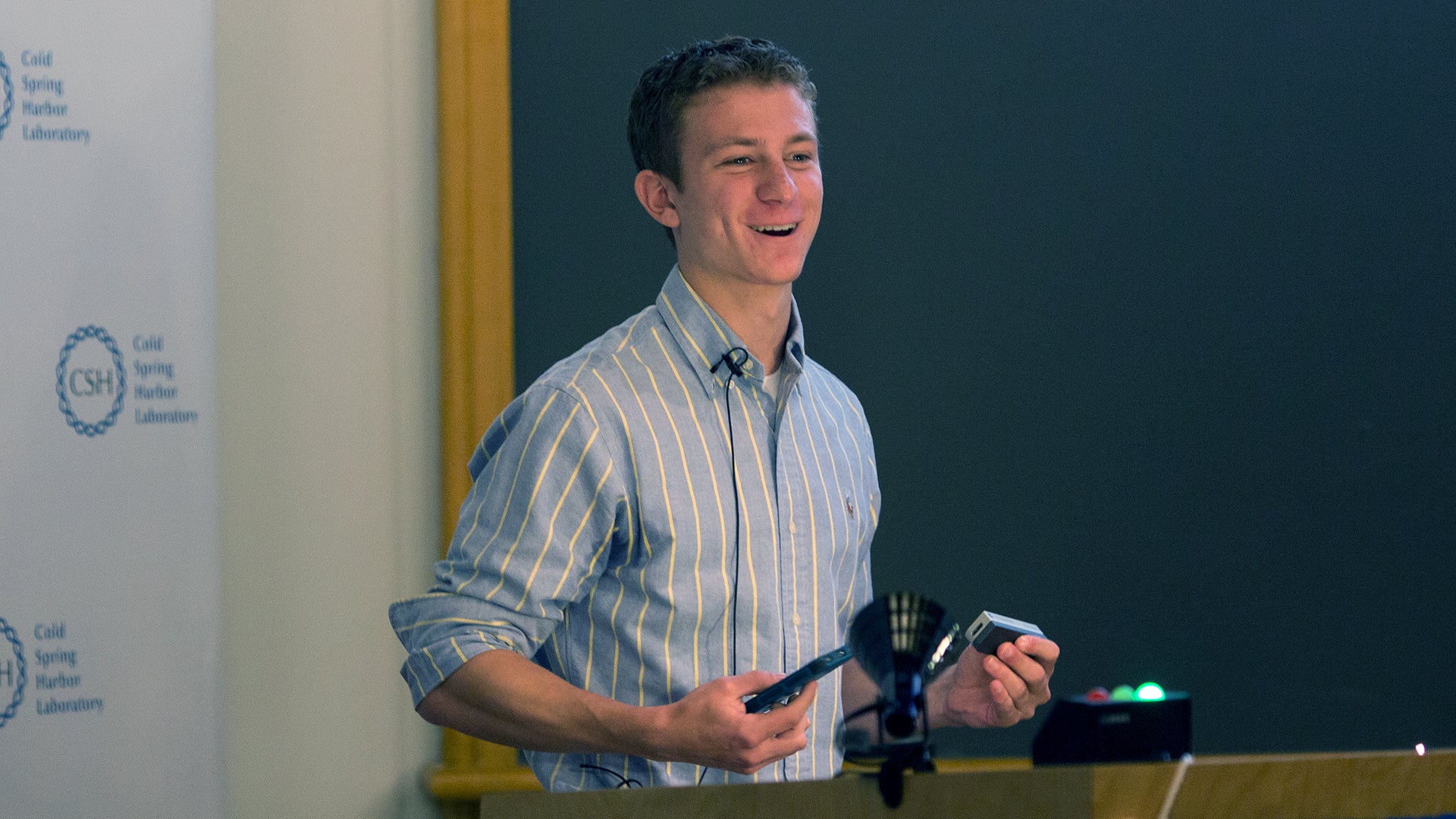 Cold Spring Harbor Laboratory (CSHL) scientists developed the world’s first mobile genome sequence analyzer, a new iPhone app called iGenomics. By pairing an iPhone with a handheld DNA sequencer, users can create a mobile genetics laboratory, reminiscent of the “tricorder” featured in Star Trek. The iGenomics app runs entirely on the iOS device, reducing the need for laptops or large equipment in the field, which is useful for pandemic and ecology workers. Aspyn Palatnick programmed iGenomics in CSHL Adjunct Associate Professor Michael Schatz‘s laboratory, over a period of eight years, starting when he was a 14-year-old high school intern.

The iPhone app was developed to complement the tiny DNA sequencing devices being made by Oxford Nanopore. Palatnick, now a software engineer at Facebook, was already experienced at building iPhone apps when joining the Schatz laboratory. He and Schatz realized that:

“As the sequencers continued to get even smaller, there were no technologies available to let you study that DNA on a mobile device. Most of the studying of DNA: aligning, analyzing, is done on large server clusters or high-end laptops.”

Schatz recognized that scientists studying pandemics were “flying in suitcases full of Nanopores and laptops and other servers to do that analysis in the remote fields.” iGenomics helps by making genome studies more portable, accessible, and affordable.

Users can AirDrop sequencing data to each other, enabling DNA analysis in the most remote locations—even those without internet access. iGenomics may soon even find its way into the hands of astronauts, Schatz describes:

“There’s a lot of interest to do DNA sequencing in space. I’m trying to see if there’s a way we can get iGenomics up there. There’s a lot of people that are interested to do that. It’s a real testament about how it would be impossible to do, you know, any sort of analysis on regular computers. It’s just impossible to bring them with you.”

In the journal Gigascience, Palatnick and Schatz report the iGenomics algorithm can quickly map DNA sequences of viral pathogens, such as a flu virus or Zika virus, and identify mutations important for diagnosis and treatment. They also provide an online tutorial for analyzing other viral genomes, such as from a SARS-CoV-2 patient.

Schatz dreams that this device will help field workers and citizen scientists alike:

“Today, we all carry professional cameras in our pockets, so it’s not that hard to imagine in the next couple years, all of us carrying our own DNA sequencers on our smartphones, as well. There’s just so many opportunities to do measurements of our environment and look for pathogens, maybe even do scans of yourself.”