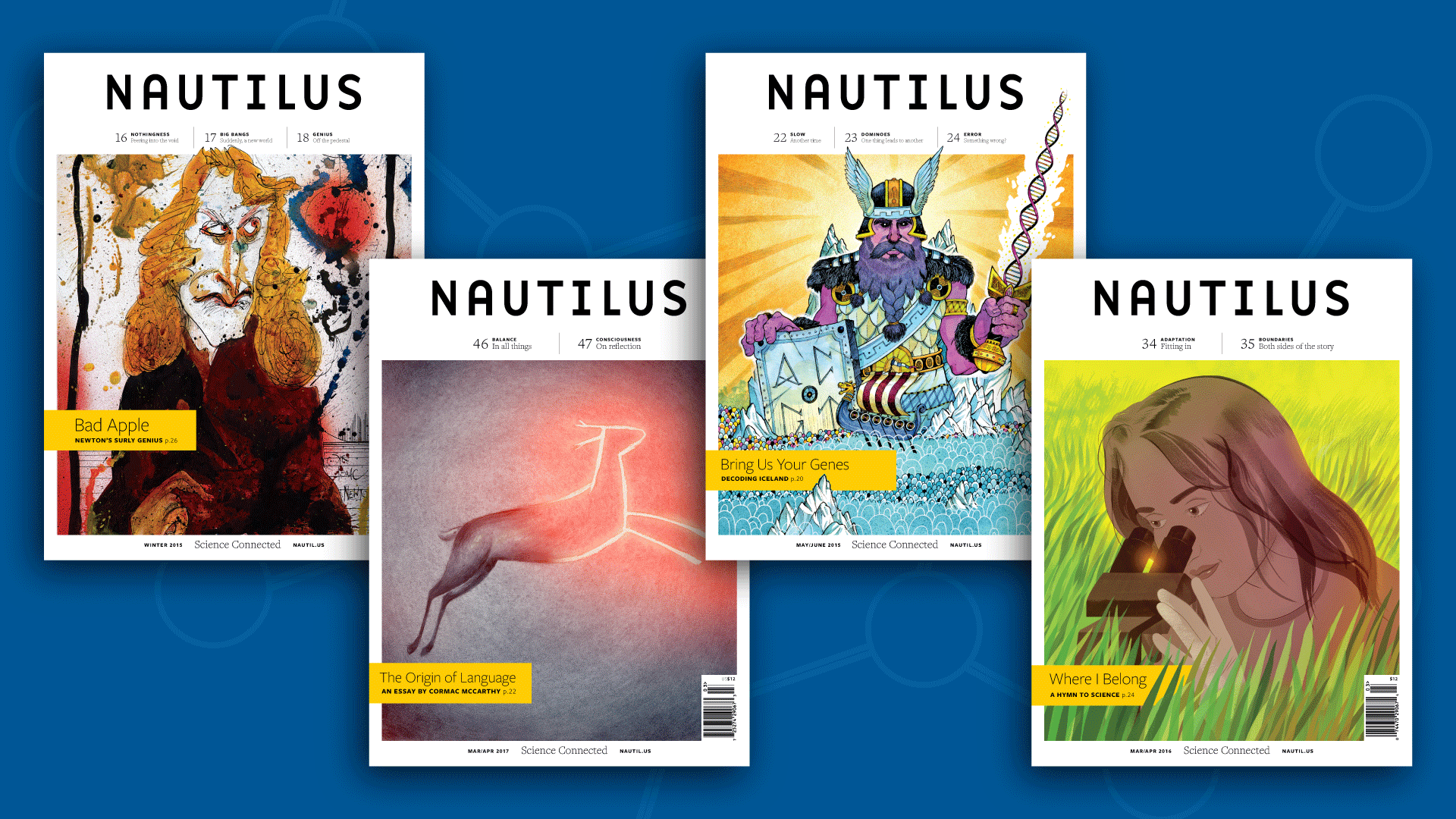 Nautilus has partnered with CSHL to spotlight the lab’s scientists and research for the magazine’s hundreds of thousands of readers.

We were as excited as new-world explorers when we launched Nautilus in 2013. We knew science magazines before us were content to report on the latest novel research and leave it at that. But we were after something more. We wanted to introduce readers to scientists doing the most fascinating research in myriad fields around the world. Scientists are people first, and hearing them describe the importance of their work, and the passions that drove them to pursue it, would take readers into the heart of human inspiration to understand the mysteries of the world outside and inside us.

We named ourselves for the sea creature that embodies the wonders of evolution. Take a bow, Nautilidae, you have survived for half a billion years! We also named ourselves for the archetypal vessel of adventure, the submarine in Jules Verne’s 20,000 Leagues Under the Sea. Verne provided us with a motto, “Reality provides us with facts so romantic that imagination itself could add nothing to them.” But the great writer wasn’t entirely right. The imagination of the journalists, scientists, and illustrators who grace the pages of Nautilus, have added to the facts with personal and cultural insights that have put science in the light of art and even beauty. That’s what we’ve been told again and again by readers and judges of magazine and science associations who have honored us with their top journalism awards.

After six years, our voyage continues with the same energy and ambition with which we began. So it’s perfectly natural we have docked at Cold Spring Harbor Laboratory (CSHL). A special section on the online Nautilus home page, called Biology+Beyond, now features the science underway on the campus beneath the woods and on the shores of the Long Island Sound. The first story that has emerged from our partnership, Making sense of the genome… at last, features the cutting-edge work of Adam Siepel, Chair of the Simons Center for Quantitative Biology at CSHL. It delves into the fascinating world of how computational biology is exposing hidden patterns of evolution and disease in our DNA.

Each week, Nautilus will spotlight the Lab’s scientists for the magazine’s hundreds of thousands of readers. The research being conducted at CSHL is just too interesting to be confined to the science community. The applications of its biology and genetics research will, after all, be a boon to everybody’s health and longevity.

There’s another quality in the Lab’s DNA that links it with Nautilus. Every day at the Lab scientists are charting courses for unknown shores. CSHL’s leading role in quantitative biology, analyzing the data of genomes, including, of course, human genomes, is a daily journey of discovery. Breakthrough insights into epigenetics, how genes are activated or deactivated by the environment and previously unknown chemical processes in DNA, have become a signature of the Lab. The secrets of human evolution, hiding in DNA, have been uncovered by the Lab’s explorers, revealing, to the world’s fascination, more and more branches on the human tree.

Siepel speaks to the heart of his work, and that of his fellow scientists, as he recalls one of the first eureka moments in his career. While struggling to reconstruct the relationships among genome sequences in human ancestors, which contained puzzling gaps, he says, “Suddenly we came up with a really elegant solution—an algorithm that lets us efficiently reconstruct those relationships. It was a beautiful case that happens often in science, where you have preconditioned yourself to a solution to a hard problem, and yet, just by coincidence, you come up with a solution that you had never anticipated. It’s really a very satisfying feeling.”

Speaking for Nautilus, we are thrilled to roam the labs at CSHL for the next year, making new discoveries, learning about solutions to hard problems, and bringing them to you and readers worldwide.

Nautilus has partnered with CSHL to spotlight the lab’s scientists and research for the magazine’s hundreds of thousands of readers.

This episode on Base Pairs explores how genetic information to better understand human history.   Read more »