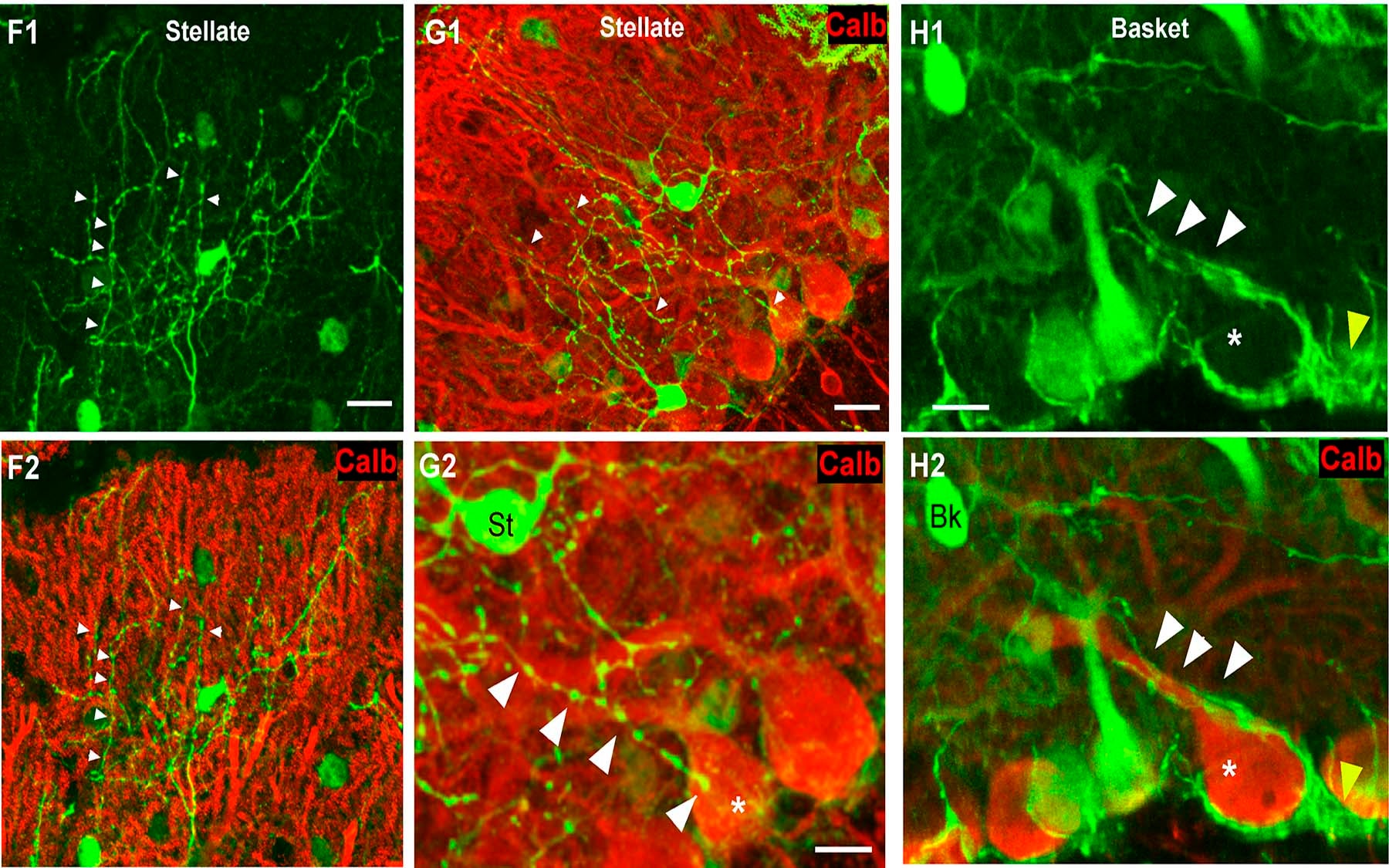 Cold Spring Harbor, NY — Brain cells known as neurons process information by joining into complex networks, transmitting signals to each other across junctions called synapses. But “neurons don’t just connect to other neurons,” emphasizes Z. Josh Huang, Ph.D., “in a lot of cases, they connect to very specific partners, at particular spots.”

Dr. Huang, a professor at Cold Spring Harbor Laboratory (CSHL), leads a team that has identified molecules guiding this highly specific neuronal targeting in the developing brains of mice. The researchers report in PLoS Biology that in some cases, these molecular guides—non-signaling brain cells known as glia—form a kind of scaffold. This scaffold, in turn, directs the growth of nerve fibers and their connections between specific types of neurons.

As they learn through research like this how the brain develops its complex wiring, the scientists hope they can clarify what goes wrong in disorders like autism.

Distinctive wiring patterns are unmistakable in the cerebellum, a brain region best known for controlling movement, in both mice and people. Compared to regions involved in more sophisticated functions like vision and thought, “the cerebellum is an easier place to start, because of its very organized architecture,” Dr. Huang says, although he notes that other parts of the brain have their own specific wiring patterns.

Central to the wiring architecture of the cerebellum are so-called Purkinje cells, a type of neuron that deploys a bushy array of fibers called dendrites that extend through layers of cerebellar territory. The dendrites gather signals from many other neurons in the cerebellum and send signals to other parts of the body.

The complex wiring pattern emerges during the early growth of the brain, when individual neurons migrate from their places of origin in other brain regions and emit filaments called axons that connect to particular parts of other neurons, such as the dendrites. Dr. Huang likens this process to the address on a letter that brings it from another country directly to your door by specifying the country, state, city, street, and house number. He and other brain researchers have learned much about the higher levels of this addressing scheme, identifying, for instance, chemical signals that guide axons to the right section of the brain, and different signals that lead them to the appropriate layer within that section.

Only recently, however, have Dr. Huang and his colleagues traced the chemical signals leading neurons to form synapses with specific parts of other neurons. Such sub-cellular specificity is critical to ensure the precision and reliability of communication among neurons. Synapses are the tiny gaps across which nerve cells exchange signals, conveyed by chemicals called neurotransmitters.

A few years ago, Dr. Huang’s team established that a protein from the immunoglobulin family directs one group of cerebellar neurons to connect with a specific part of Purkinje cells. Immunoglobulin proteins are best known for acting as antibodies in the immune system, where they take on myriad forms to attack new invaders. Here, however, they are observed to be involved in the wiring of the brain.

“The striking feature is that there is a lot of capacity for variety” in immunoglobulin molecules, Dr. Huang explains. In the nervous system, their versatility may help them guide cells to form synapses with specific partners. Intriguingly, Dr. Huang adds, immunoglobulins have been implicated in neural developmental disorders, such as autism. “There is good evidence that these disorders involve miswiring of the nervous system,” Dr. Huang says, which may reflect a problem with immunoglobulin-guided synapse formation.

A Guiding Scaffold Made of Glial Cells

In the work reported in their newly published paper, Dr. Huang’s team traced the sub-cellular targeting of a different set of cerebellar neurons called stellate cells, which make numerous connections to the dendritic “bush” emanating from clumps of Purkinje cells. Unlike the cells they had studied previously, however, these neurons need help to form synapses. The researchers developed sophisticated techniques to label different cell types with chemical markers, and found that non-signaling cells called glia act as a scaffold, guiding the growing axons of the stellate cells and determining where they form synapses to the Purkinje cells.

Assistant Professor Lucas Cheadle has been named a 2021 McKnight Scholar for his work on microglia.   Read more »