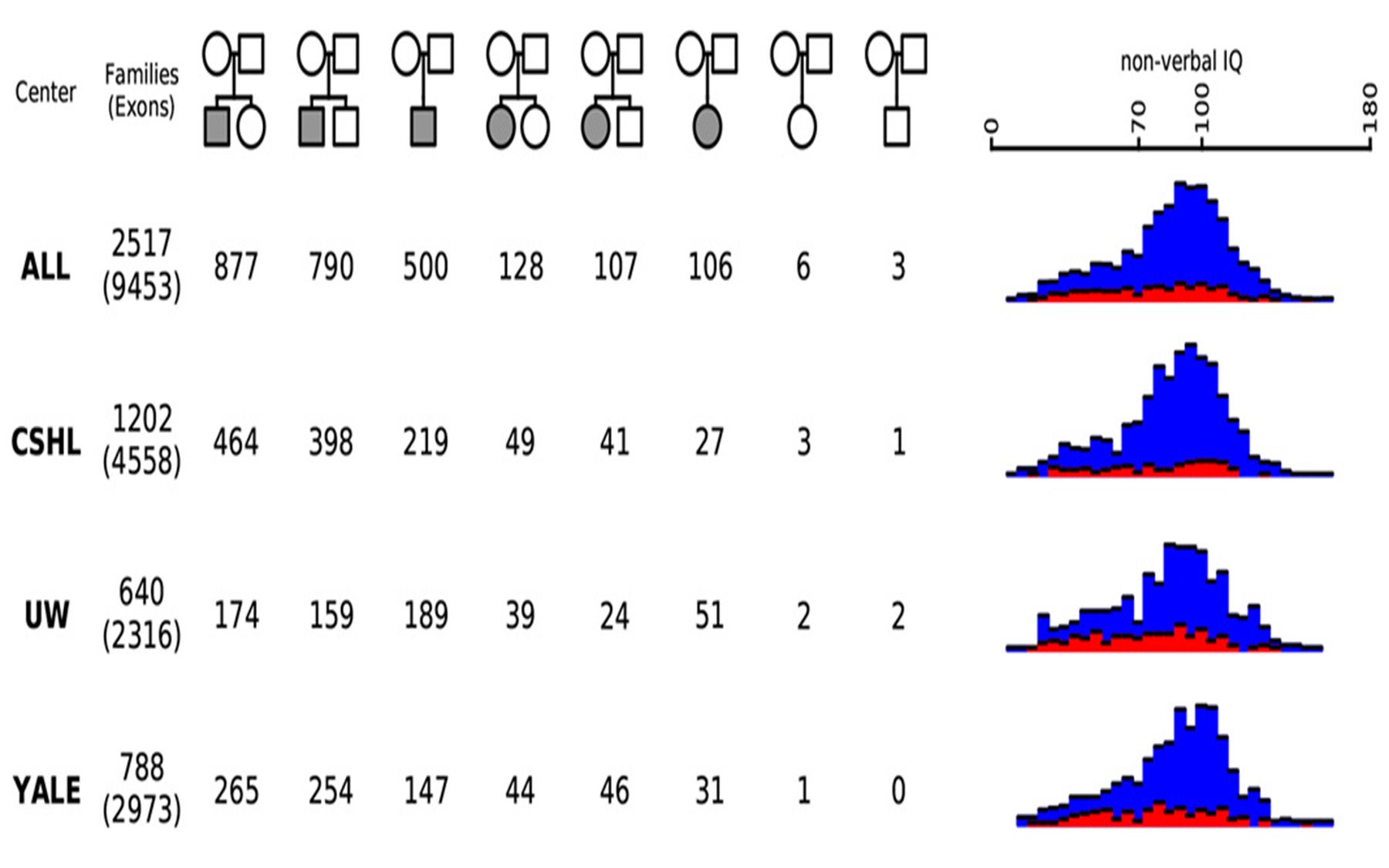 Our picture of how genetic errors contribute to autism has just gotten sharper.

Cold Spring Harbor, NY — Our picture of how genetic errors contribute to autism has just gotten sharper. The latest series of clarifications in what, in its totality, is a very complex puzzle, emerges from new research published in Nature today by a team co-led by investigators at Cold Spring Harbor Laboratory (CSHL), Yale University, the University of California, San Francisco, and the University of Washington, Seattle.

Most important among the new findings are greatly refined estimates of the total contribution to autism spectrum disorder (ASD) attributable to a particular kind of genetic mutation called de novo mutation. These are mutations that arise “spontaneously” in a child and do not occur in either parent. At least 30% of all ASD is caused by de novo mutations, according to CSHL Assistant Professor Ivan Iossifov, a quantitative biologist and first author of the paper presenting the new research.

This 30% is a conservative estimate—and consists of three subtypes of de novo mutations that are major contributors. One kind is called “missense” mutations. Another is called “likely gene-disrupting” mutations (abbreviated as LGD). Both subtypes are small in size—“misspellings” involving 20 DNA letters or less. Missense mutations (which lead to errors in proteins that affect their function), are more common but individually less harmful; LGD mutations are rarer, but are often devastating. A third contributing type is large-scale copy number variations, which the team described in earlier work. All these mutations hit the coding part of genes, but there are other types of de novo mutations that the team cannot yet detect using current technology, which is why 30% is a conservative estimate.

A second major finding of the new study, which analyzes the genomes of over 2,500 “simplex” families—those in which a single child but neither parent nor siblings, if any, have ASD—is that the pool of spontaneously mutated genes contributing to ASD across the population totals about 400. Humans have roughly 21,000 genes. The key question, of course, is which genes confer the highest risk of ASD when mutated.

The new study was able to demonstrate something not shown previously: that ASD caused by de novo mutations generally divides into two different risk classes. In one class are comparatively high-IQ males (who are also the highest-functioning). The other class includes males with low IQ and all nearly all affected females, who tend to have low IQ.

Importantly, the team found recurrent de novo gene-disrupting mutations in 27 genes, which make them highly likely to be causal factors in the most severe cases—i.e., in low-IQ males with ASD and in females with ASD. Such disruptive mutations are so rare that finding them more than once in a sample of several thousand people is powerful proof of their importance in ASD.

Girls are thought to have a protective factor, still unidentified, against the impact of potentially causal mutations. But the new data reinforces the view that when females do get ASD, it is often because genes that are highly active in early development incur devastating, disrupting mutations. No such temporal pattern is seen in boys. But the same mutations, in boys, are hypothesized to be responsible for the more severe male ASD cases, including boys with low IQ.

The research in the new paper is based on what scientists call whole exome sequencing—sequencing only the 2% of the full human genome that encodes proteins.

Prior exome studies of intellectual disability and schizophrenia, the authors note, have turned up sets of genes significantly overlapping those identified in the new ASD study. The largest overlap is seen in genes that express messages to which proteins called FMRP bind. FMRP is the protein encoded by the gene FMR1, whose dysfunction causes Fragile-X syndrome and is a major risk factor in intellectual disability.

“Our findings lend new weight to the hypothesis that there are specific functional categories of genes—likely conserved by evolution in development of the human neurological system and brain—that strongly contribute to autism’s causation, such as genes expressed during embryonic development and genes that encode proteins that remodel chromatin, the bundles in which our DNA is stored,” says Research Assistant Professor Michael Ronemus, a member of the CSHL team.

The research described here was made possible in part by grants from the Simons Foundation Autism Research Initiative, HHMI, and the Canadian Institutes of Health Research.

“The contribution of de novo coding mutations to autism spectrum disorder” by Ivan Iossifov et al appears online in Nature on October 29, 2014. The paper can be obtained at: http://www.nature.com/nature/index.html 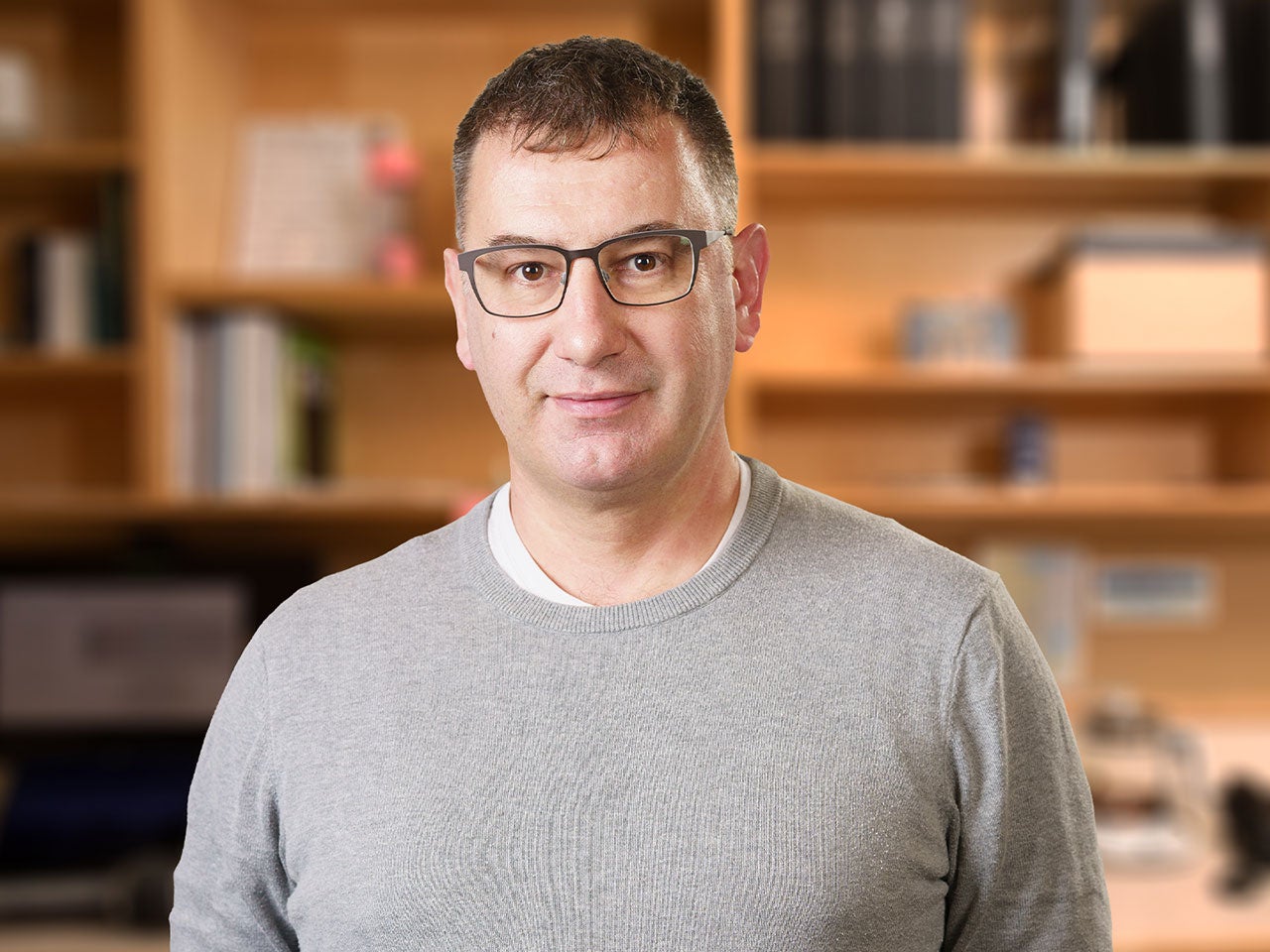 The world’s first DNA “tricorder” in your pocket

A new iPhone app, paired with a handheld sequencer, can recreate a genetics laboratory anywhere in the world.   Read more »