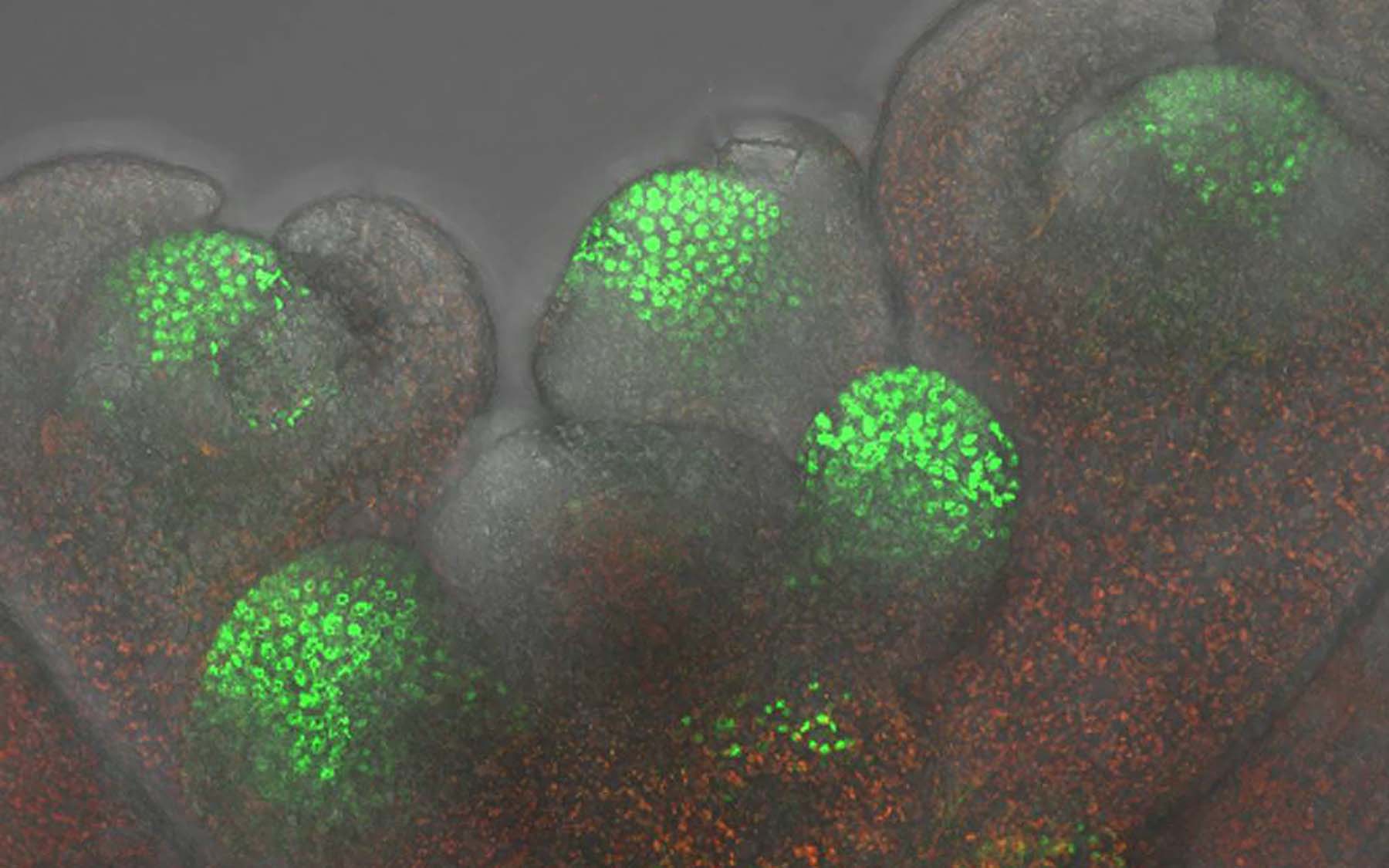 Cold Spring Harbor, NY — Like all living things, plants depend for their growth and sustenance on elaborate signaling networks to maintain stem cells, cells that have an almost magical regenerative capacity. The signals sent through these networks convey an incredible diversity of instructions, which make it possible for plants to follow genetic and cellular programs regulating growth, shape, and energy production and consumption.

A team of plant biologists at Cold Spring Harbor Laboratory (CSHL) led by Professor David Jackson has pioneered the use of genetics to discover how plants cells communicate certain instructions from one to another via tiny channels called plasmodesmata (PD). Having previously demonstrated that a protein called KNOTTED1 (KN1) traffics selectively through these channels, the team has now discovered that proteins called chaperonins are an indispensable factor in enabling this trafficking to occur.

The scientists have also demonstrated the importance of this specific signaling pathway, showing that it is needed to maintain stem cells, and suggest it is probably conserved broadly, in diverse species. The findings appear August 26 in the journal Science.

Plasmodesmata are microscopic channels traversing plant cell walls that connect adjacent cells.  This is where their resemblance to, say, pipes connecting your water tank to your shower ceases, however, because PDs are selective. Only certain signaling molecules, or molecular complexes, can enter these channels and emerge properly on the far side.

The discovery that trafficking cannot occur in a PD-mobile protein such as KN1 unless it is facilitated by chaperonins, opened the question of what the latter actually do in the process.  Chaperonins are protein complexes well known to assist in the folding of newly manufactured amino-acid chains into proteins. Like intricate pieces of origami, nascent proteins become functional only if they are twisted and folded into very specific conformations. Since changes in protein function are related to changes in structure, it is not surprising that chaperonins, members of a larger class of folding machines called chaperones, are ubiquitous in living things.

Once Jackson’s team had proven the necessity of chaperonins in KN1 trafficking, they set their sights on revealing the “how” and “why” of the relationship. In a series of experiments involving maize and Arabidopsis, a mustard plant used widely as a model for genetics research, they confirmed, first, that the entire chaperonin machinery—a protein mega-complex consisting of eight segments, or subunits—is involved in cell-to-cell trafficking of KN1.

“We could then ask questions about the mechanism involved, and about the functional importance of this trafficking to the plants,” says Jackson. Through an ingenious process of elimination, he and his colleagues performed experiments showing that a portion of the chaperonin complex, called CCT8, had to be present in the “destination” cell if KN1 trafficking was to occur normally. “We inferred from our results that the chaperonin performs its role in the trafficking by refolding KN1 proteins in the destination cell. In other words, KN1 travels through the channel in a partly unfolded state.”

Even more important, the team concluded that by selectively transporting KN1 and other “mobile signals” using this mechanism, plants are able to establish and maintain populations of stem cells. As Jackson’s prior work has shown, this occurs, for instance, in meristems, the stem cell-rich tips of plants where new growth takes place.

Why do the signals that maintain stem cells need to be mobile? “Development is all about communication,” Jackson explains. “Cells talk to each other, among other things, to influence one another. We hypothesize that the trafficking of signals like KN1 could serve to establish protein concentration gradients, an important part of the language plants use to develop and grow.

“You can think of molecules like KN1 as the ‘words’ in that language. The kind of information that is carried by concentrations and gradients are the rough equivalent of how the words are spoken, the intonation and emphasis.”

Location-specific concentrations would correspond with specific developmental cues.  Alternatively, Jackson speculates, “trafficking could be a backup mechanism to maintain the stem cell program, just as an extra hard drive backs up your computer programs and files.” The team is already exploring these possibilities in its current work.

This research was supported by grants from the National Science Foundation, The Chapman Foundation, and by the Life Sciences Research Foundation.