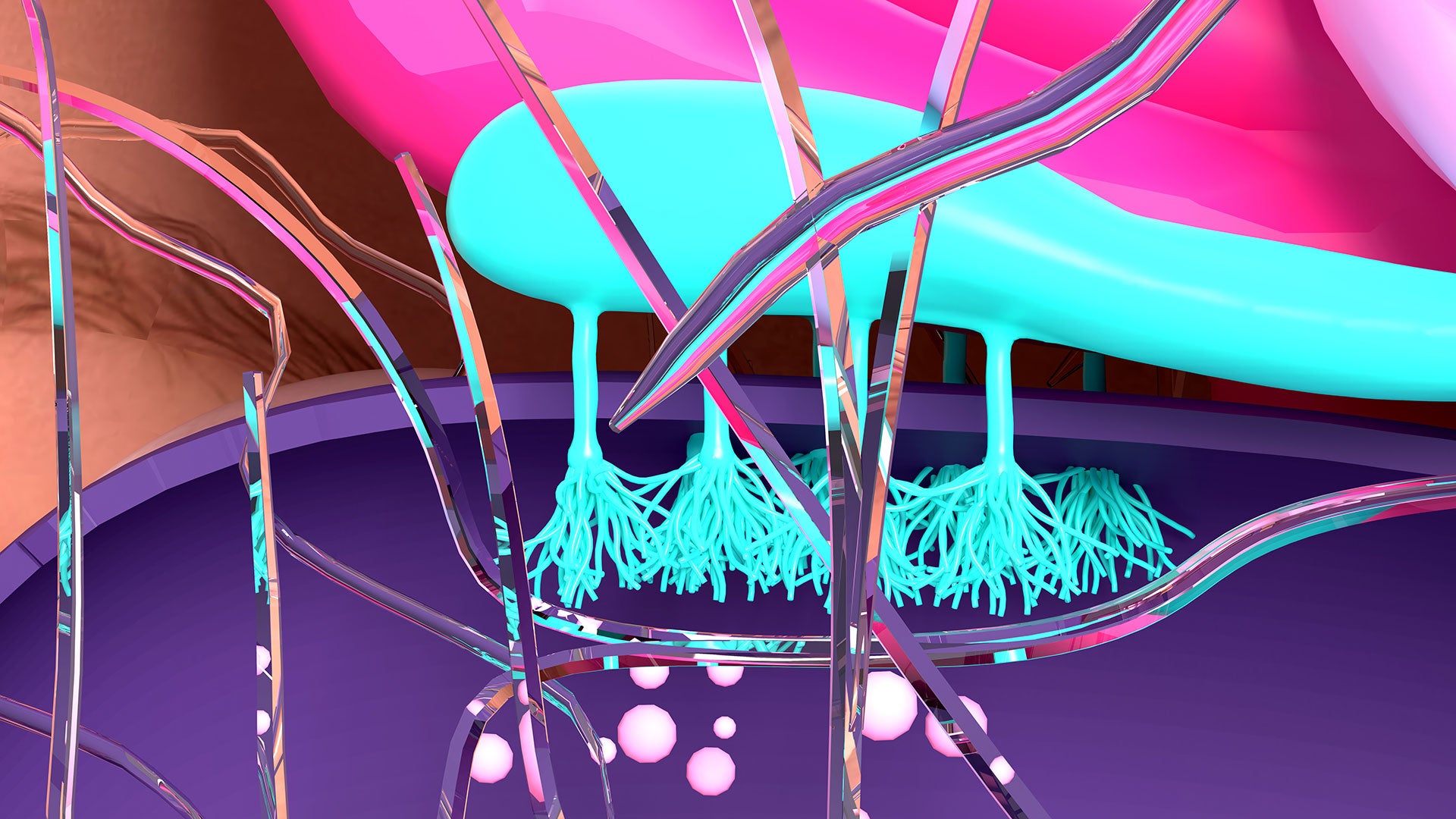 When you smell something, your brain’s olfactory bulb (illustrated above in cyan) receives sensory information from your nose and passes it along to a smell-processing hub called the piriform cortex. CSHL neuroscientists are using brain-mapping technology to determine how your brain interprets odors. Image: © Design Cells - stock.adobe.com
email envelop icontwitter icon share buttonfacebook icon share buttonlinkedin icon share button

Using new technology, CSHL neuroscientists have tracked tens of thousands of olfactory neurons across brain regions. As a result, sensory transmissions that were once thought to be random now seem coordinated. Mapping olfactory circuits could tell us how the brain detects, characterizes, and identifies smells.

Our sense of smell has a powerful effect on our behavior and emotions. Aromas can evoke vivid memories of the past or warn us of a smoldering fire. Yet to neuroscientists, smell remains the most mysterious of our five senses.

Once the nose detects something, how does the brain determine what it means? Scientists aren’t sure. To help them figure it out, Cold Spring Harbor Laboratory (CSHL) investigators Florin Albeanu, Alexei Koulakov, and Anthony Zador have created an extensive new map of the brain’s olfactory circuits.

“It’s an open question at this point, how exactly we process smell,” says Albeanu. “What are the features in the odor space that the brain is extracting and using to create percepts of olfactory objects? And exactly what are the mechanisms in the brain?”

Because previous studies of the olfactory cortex failed to find any logical organization among neurons there, many neuroscientists suspected information about odors was relayed randomly through the brain. But those studies examined connectivity patterns of just a few dozen neurons.

Using new DNA-based brain-mapping technologies developed in Zador’s lab, called MAPseq and BARseq, the CSHL team can trace the paths of more individual olfactory-processing neurons than ever before—thousands within the brain of a single mouse. Thanks to their work, scientists may be able to make sense of the olfactory circuitry and its underlying logic.

Within the piriform cortex, the team found that neurons toward the front of the brain had different connectivity patterns than those in the back. “As you move along this axis, you see the neurons’ projection pattern gradually changing in terms of how it broadcasts information into other brain regions,” Koulakov says. “That is synchronized with the way the olfactory bulb projects to those brain regions, as well as to the same locations within the piriform cortex,” he explains. Each of these parallel “circuit motifs” may process different aspects of odor information.

This recalls what neuroscientists have found in other parts of the brain where neurons’ connections and locations correspond to specific features of sensory inputs like sights and sounds. In the auditory system, neurons’ position along an axis relates to the sound frequencies we hear. Similarly, in the visual system, neurons’ position conveys information about a seen object’s location, among other characteristics, and different neural circuits are tuned to objects’ locations and identities (“where” vs. “what” pathways).

Researchers say the olfactory map could offer inroads to “the last frontier of sensory neuroscience.” They suggest it points toward the existence of different neural circuits dedicated to assessing the identity of a smell, how pleasant it is, or where it’s coming from, and how to act on it. “It puts us and the field in a way, in a very different state of mind,” Albeanu says. “It’s a step toward understanding the nature of olfactory processing.”

Using new technology, CSHL neuroscientists have tracked tens of thousands of olfactory neurons across brain regions. As a result, sensory transmissions that were once thought to be random now seem coordinated. Mapping olfactory circuits could tell us how the brain detects, characterizes, and identifies smells.

Neuroscience researchers work to figure out our brains process smells, including what features are essential to identifying and separating odors.   Read more »