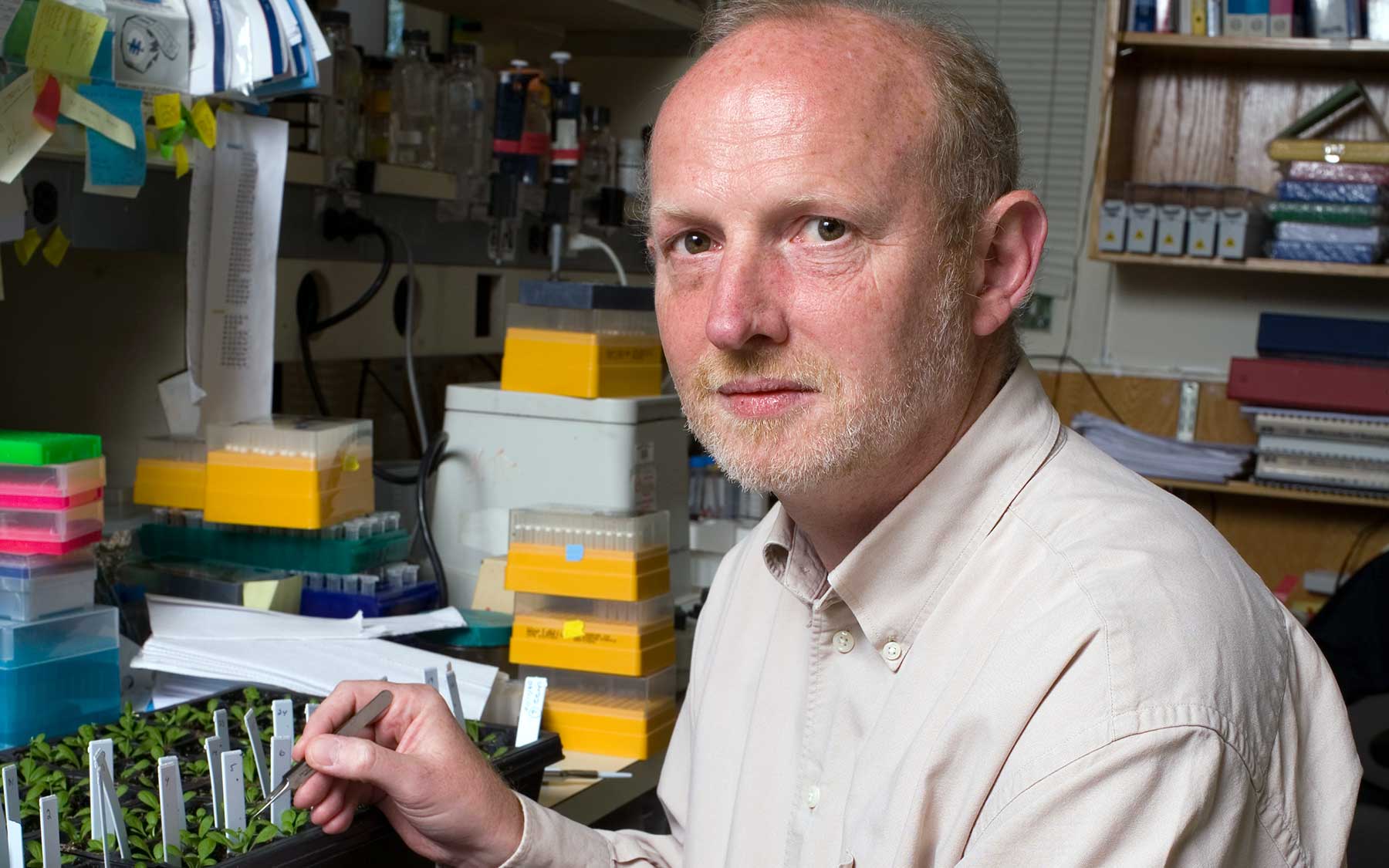 Dr. Rob Martienssen
email envelop icontwitter icon share buttonfacebook icon share buttonlinkedin icon share button
Like most scientists, HHMI-GBMF Investigator and CSHL Professor Rob Martienssen is used to giving lectures in darkened, cavernous auditoriums with plush seating where the audience holds its applause until after his talk. So it was quite the surprise when he strode out on to the podium during his latest lecture at a venue in Brooklyn, NY and was greeted like a rock star by a lively, enthusiastic audience.

Of the 300-something people packed into the room, the lucky majority sat atop foldable chairs. The rest camped out on the floor or stood three deep around the room. Some even perched on the open bar that nestled against one wall and served, among other things, a cocktail called “Planter’s punch” in honor of Dr. Martienssen’s talk on plant genetics. Welcome to the Secret Science Club!

Billed as “a science lecture, arts, and performance series,” the Club is based at the Bell House, a Brooklyn bar that is as renowned for its mixology as it is for its performance calendar, which regularly features up-and-coming indie bands or the hottest one-person shows. The Secret Science series, which just celebrated its fifth anniversary, features a science-related event once or so a month at 8pm on a Wednesday. “There’s no cover charge. Just bring your smart self,” say the Club’s organizers, and the audience does, packing the space to the rafters and lingering late into the night to discuss and debate.

The roster of past speakers include science personalities who have become household names (Neil deGrasse Tyson, James Hanson), Nobel laureates (Harold Varmus, Sir Paul Nurse) and a slew of the world’s experts in topics ranging from astrophysics to zoology. Dr. Martienssen is the fifth CSHL scientist to receive a speaking invitation from the Club; others include CSHL’s President Bruce Stillman, Drs. Scott Lowe and Greg Hannon, and earlier this summer, Dr. Partha Mitra (view Partha Mitra’s talk Mapping the mouse brain).

Check out Dr. Martienssen’s lecture titled, “Send in the clones: superseeds, superweeds and green energy,” in which he explains how he’s using plant genetics to build better biofuels and farmer-friendly crops.