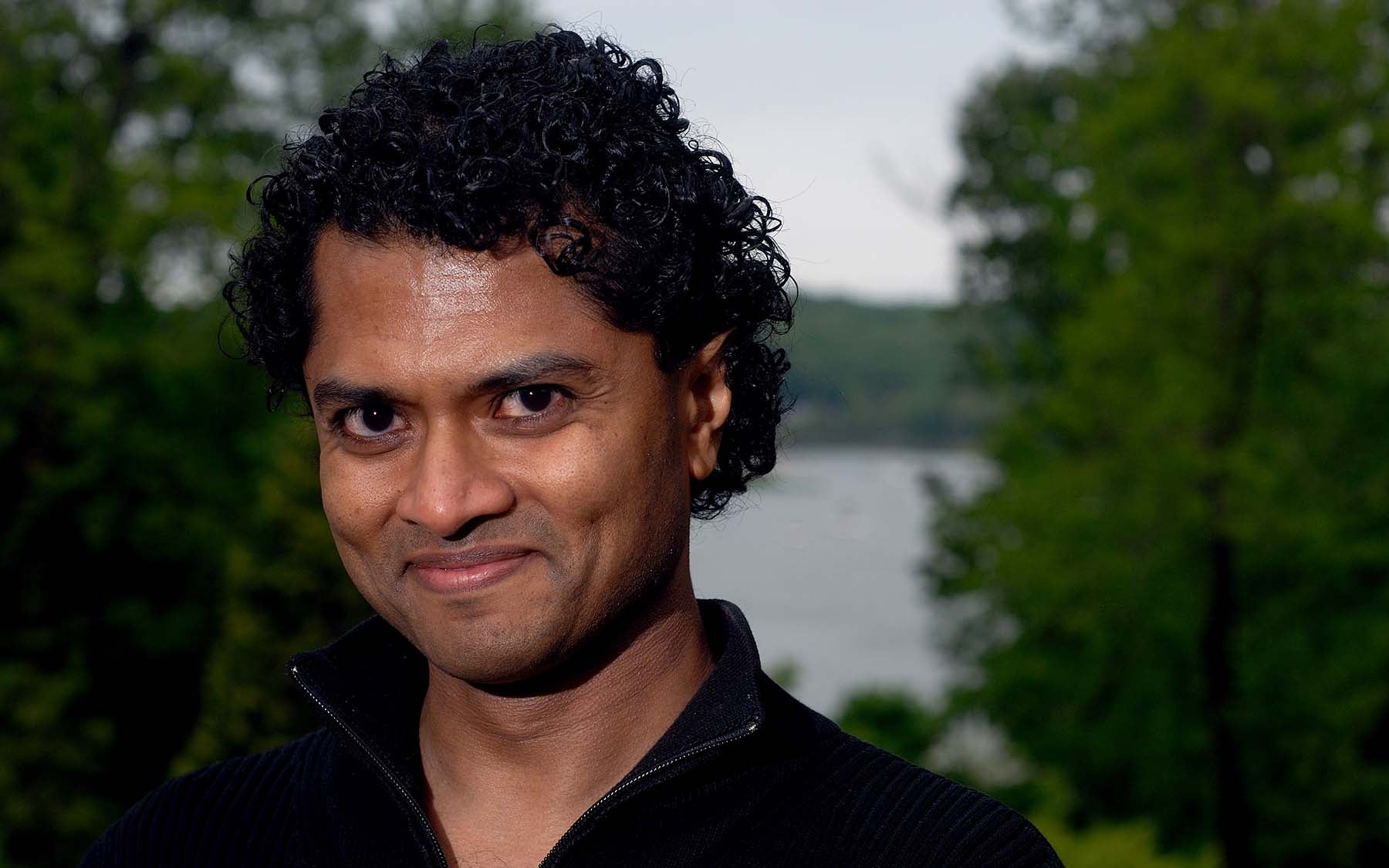 In Florence, Italy on December 12th, Dr. Mitra will receive the George S. Axelby Outstanding Paper Award of the Control Systems Society (CSS) of the Institute of Electrical and Electronics Engineers (IEEE).  This award annually recognizes outstanding papers published in the IEEE Transactions on Automatic Control. The paper receiving this year’s award is co-authored by Dr. Mitra and his colleagues Drs. Bassam Bamieh, Mihalo Jovanovic and Stacy Patterson.

It has also recently been announced that Mitra has been awarded an INSPIRE grant by the National Science Foundation (NSF).  Both the NSF grant and the Axelby Award recognize a common thread in Mitra’s research: his attempt to bring concepts from physics and engineering to bear on outstanding problems in biology, specifically those pertaining to the difficulty of understanding the mammalian brain.

The INSPIRE grant (Integrated NSF Support Promoting Interdisciplinary Research and Education) was established by NSF in 2012 to address some of the most complicated and pressing scientific problems that lie at the intersections of traditional disciplines. Co-investigators on Mitra’s INSPIRE award are Dr. Bassam Bamieh of the University of California, Santa Barbara and Dr. Anirvan Sengupta of Rutgers University.

In the work receiving the INSPIRE award, Mitra suggests a novel way to understand the operation of complex brain networks. “In biology, we deal with complex systems, like the brain, that have many interacting elements or parts,” he explains. “In statistical physics, methods have been developed that provide simplifying insights arising from the presence of many variables. In particular, sharp changes in behavior called phase transitions can be observed.” Over the last two decades, a number of phase transitions have been discovered in engineering systems, partly through the work of Mitra and his colleagues.  “I wanted to bring some of these ideas to biology, which needs better tools to grapple with complexity,” says Mitra, who was a physicist at Bell Laboratories before coming to CSHL in 2003.

“Taken together, these examples from physics and engineering teach us something important about distributed control,” Mitra notes. “They tells us that in problems with many interconnected components, there can be sharp transitions between states with qualitatively different behaviors due to small changes in parameters—analogous to the transitions, for example, between solid and liquid states. The implication for our work on brains is that these methods might be useful in analyzing the structure of brain circuits, which determine the classes of dynamical behaviors exhibited by those circuits, and potentially provide simplifying insights.”

“We are trying to weave together theoretical threads from physics and engineering to arrive at a coherent theoretical framework for our lab’s work, and that of other labs, in understanding connectivity and dynamical behavior of circuits in the mammalian brain,” Mitra says.

Insights from his theoretical work are already being applied by Mitra and his CSHL lab in the Mouse Brain Architecture Project. The goal of the project is to generate brainwide maps of inter-regional neural connectivity. These maps will thus specify the inputs and outputs of every brain region, at a “mesoscopic” level of analysis corresponding to brain compartments defined in classical neuroanatomy.

“Coherence in Large-Scale Networks: Dimension-Dependent Limitations of Local Feedback,” appeared in the journal IEEE Transactions on Automatic Control. [Vol 57, no. 9: 2235-2249].  The authors are: Bamieh, B, Jovanovic M. R., Mitra, P. and Patterson, S.

About The National Science Foundation

The National Science Foundation (NSF) is an independent federal agency created by Congress in 1950 “to promote the progress of science; to advance the national health, prosperity, and welfare; to secure the national defense…” With an annual budget of about $7.0 billion (FY 2012), it is the funding source for approximately 20 percent of all federally supported basic research conducted by America’s colleges and universities. In many fields such as mathematics, computer science and the social sciences, NSF is the major source of federal backing. See www.nsf.gov.

About Institute of Electrical and Electronics Engineers (IEEE)

IEEE, an association dedicated to advancing innovation and technological excellence for the benefit of humanity, is the world’s largest technical professional society. It is designed to serve professionals involved in all aspects of the electrical, electronic and computing fields and related areas of science and technology that underlie modern civilization.  See www.ieee.org.