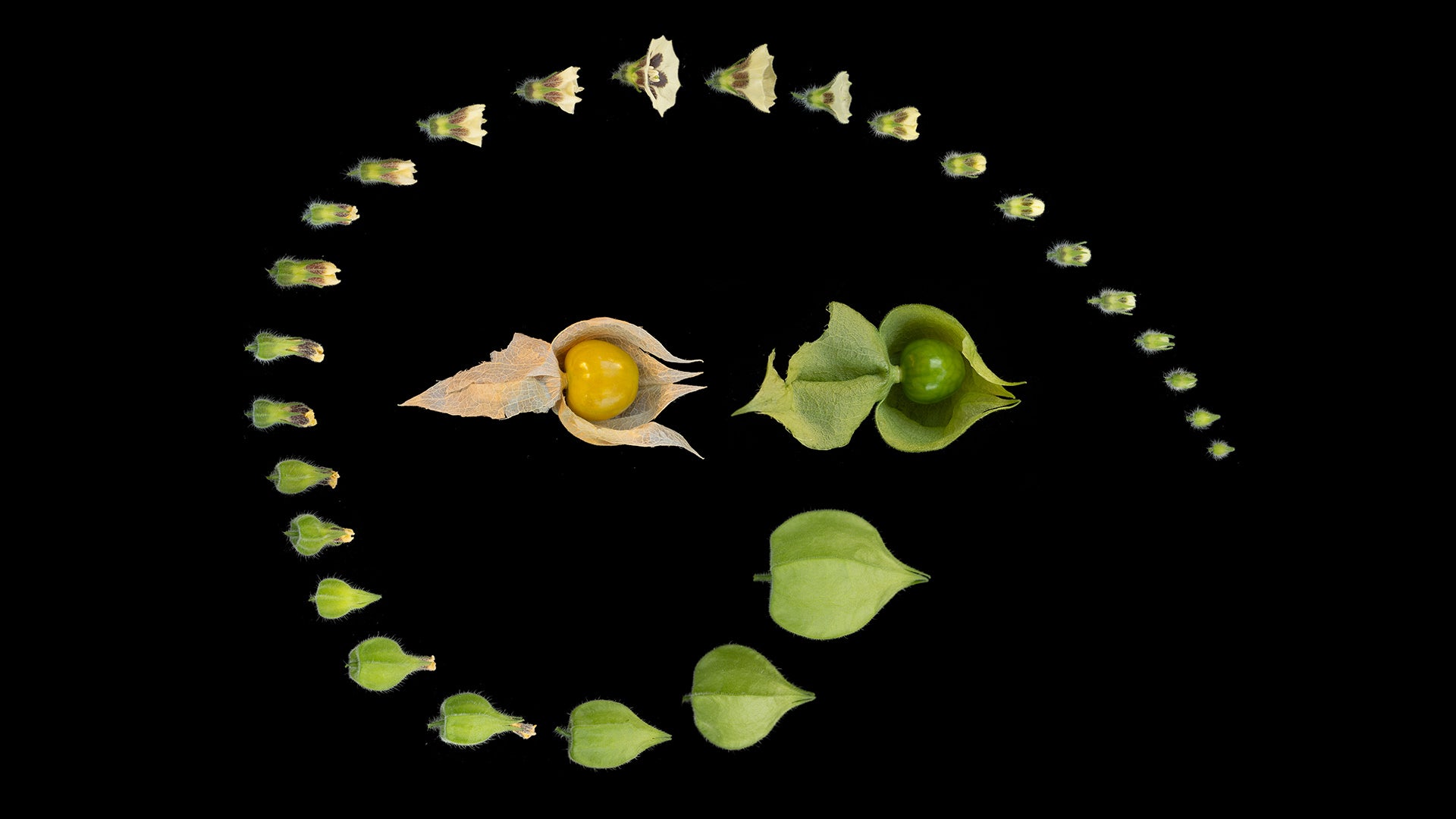 Over 34 million people in the U.S. don’t have enough food. More diverse and adaptable crops are needed to address challenges in food production made worse by climate change. Small, sweet berries called groundcherries may not feed the country, but along with other related “orphan crops,” they could strengthen food supplies. Unfortunately, these distant relatives of tomatoes aren’t ready for large-scale production—at least not yet.

Cold Spring Harbor Laboratory (CSHL) Professor and HHMI Investigator Zachary Lippman is working to change that. Alongside CSHL and HHMI postdoc Jia He, Lippman built genetic blueprints, or models, for two types of groundcherry. These new models can guide plant geneticists toward unlocking groundcherries’ untapped potential. They may also be key in scaling up other nightshade plants for widespread use. Lippman says:

“The nightshade family encompasses more than 20 crops. There’s the major crops—potato, tomato, eggplant—and then there are minor crops, or orphan crops, which are either semi-domesticated or simply wild. A lot of those have not received a lot of research attention, but might have more potential for greater production if they could be developed further.”

Groundcherries are ideal models of the nightshade family because of their similar genetics and long evolutionary history. They’re also common in North America, easy to grow, and easy to genetically modify. But their most interesting attribute, Lippman says, might be the papery, balloon-like husk, or inflated calyx, that surrounds their berries.

“It seems to have evolved independently multiple times in flowering plants,” Lippman explains. “It’s not clear whether it’s a quirk of evolution, an adaptive trait, or both. But one thing, in my mind, is very clear—it’s one of the coolest evolutionary novelties to emerge in plants.”

Previous research on nightshades suggested genes called MADS-box were responsible for the inflated calyx’s emergence. Using the genome editing tool CRISPR on their new groundcherry models, Lippman and He switched off the MADS-box genes one by one. They found that the plants still grew an inflated calyx whether they had the genes or not. The models also allowed them to uncover a gene essential for inflated calyx development. He says:

“Without these genomic resources, it’s very hard to pinpoint the molecular mechanisms underlying some of the traits that arose through evolution. We think with our new resource, our new genomes, we can dissect this whole process.”

Lippman calls the new groundcherry models “the poster children” for what’s coming next from his lab. Their goal is to pepper the nightshade family with many new plant models, which will make it easier to improve crops through genome editing. These models will also help provide a better understanding of plants’ evolutionary development.

“Beyond improving crops, these new models can give us the means to answer the fundamental question of how new traits emerge in plants,” Lippman says. “I think Jia’s going to be the one to tackle that going forward.”