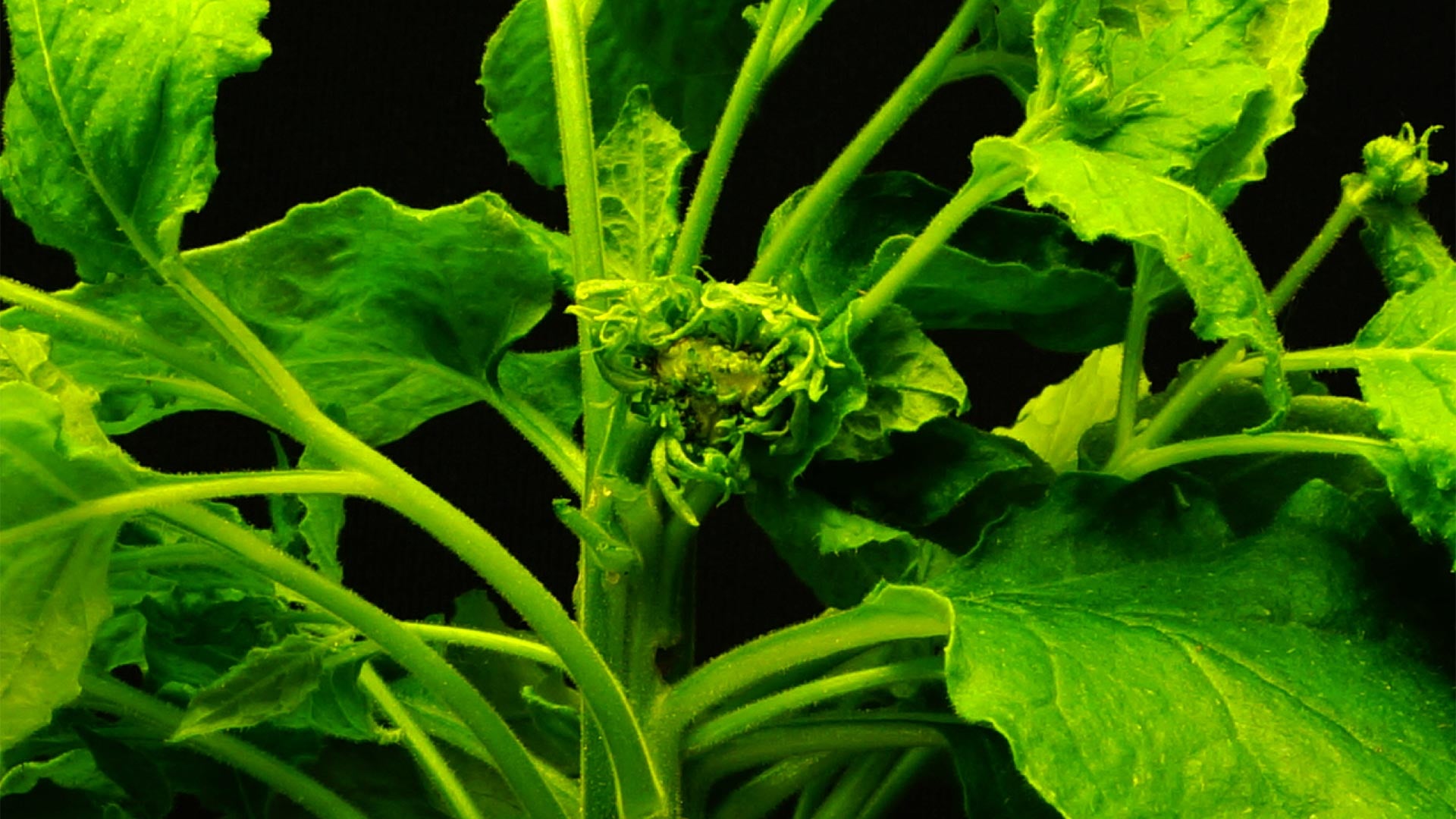 Many genes that control desirable traits are shared across species, pointing researchers to promising targets for genome editing. But Cold Spring Harbor Laboratory Professor and HHMI Investigator Zachary Lippman cautions that different plants can respond differently to changes in the same gene. The reason is that genes can be duplicated over evolutionary time, and the duplicates can change. Optimizing genome editing requires understanding a plant's ancestry and its inventory of related genes.

When plant geneticists find a gene that improves crop yields, they want to try to insert that same change into other crops. But Cold Spring Harbor Laboratory Professor and HHMI Investigator Zachary Lippman cautions that just knowing what a single gene does is not enough. He discovered that it pays to know what other closely related genes might be lurking in the genome to block a hoped-for improvement.

In research reported in Nature Plants, Lippman, former postdoc Cao Xu (now at the Chinese Academy of Sciences in Beijing), and colleagues demonstrate how duplicated genes in plant genomes complicate a crop developer’s plans. Gene duplications are common in plants. Many act as “back-up copies” of the original gene. But based on his team’s surprising findings, Lippman says that having a great candidate for gene editing is not enough to predict the outcome of planned changes, “The lack of predictability in the context of a duplicate gene really needs to be an eye-opener for designing crop improvements.”

The group studied the gene clv3. This gene produces a protein that limits the growth of developing plant tissues. Mutations in clv3 have led to higher yields in many domestic plants. In tomatoes, for example, mutations in clv3 are associated with larger fruits with more seed sections. Lippman’s team introduced equivalent mutations into the clv3 gene in tomato, tobacco, ground cherry, and petunia plants. All four plants are members of the Solanaceae family, also known as nightshades. Lippman and his colleagues expected to see similar results but what he found was intriguing.

In tobacco, the effects were dramatic, doubling the size of certain growth regions. This change was due to the plant’s loss of the clv3 back-up gene. In tomato, the duplicated gene partially buffers clv3 mutations, so effects were more moderate. In ground cherry and petunia, mutating clv3 had little effect. Both plants had clv3-like genes that compensated for the changes made by the researchers to the clv3 gene.

To Lippman, the lesson is that optimizing crops through genome editing may require taking an inventory of duplicated genes. Crop developers need to understand how important genes were duplicated, deleted, and changed over evolutionary time. This allows scientists to develop more predictable crop improvements.

Many genes that control desirable traits are shared across species, pointing researchers to promising targets for genome editing. But Cold Spring Harbor Laboratory Professor and HHMI Investigator Zachary Lippman cautions that different plants can respond differently to changes in the same gene. The reason is that genes can be duplicated over evolutionary time, and the duplicates can change. Optimizing genome editing requires understanding a plant's ancestry and its inventory of related genes.