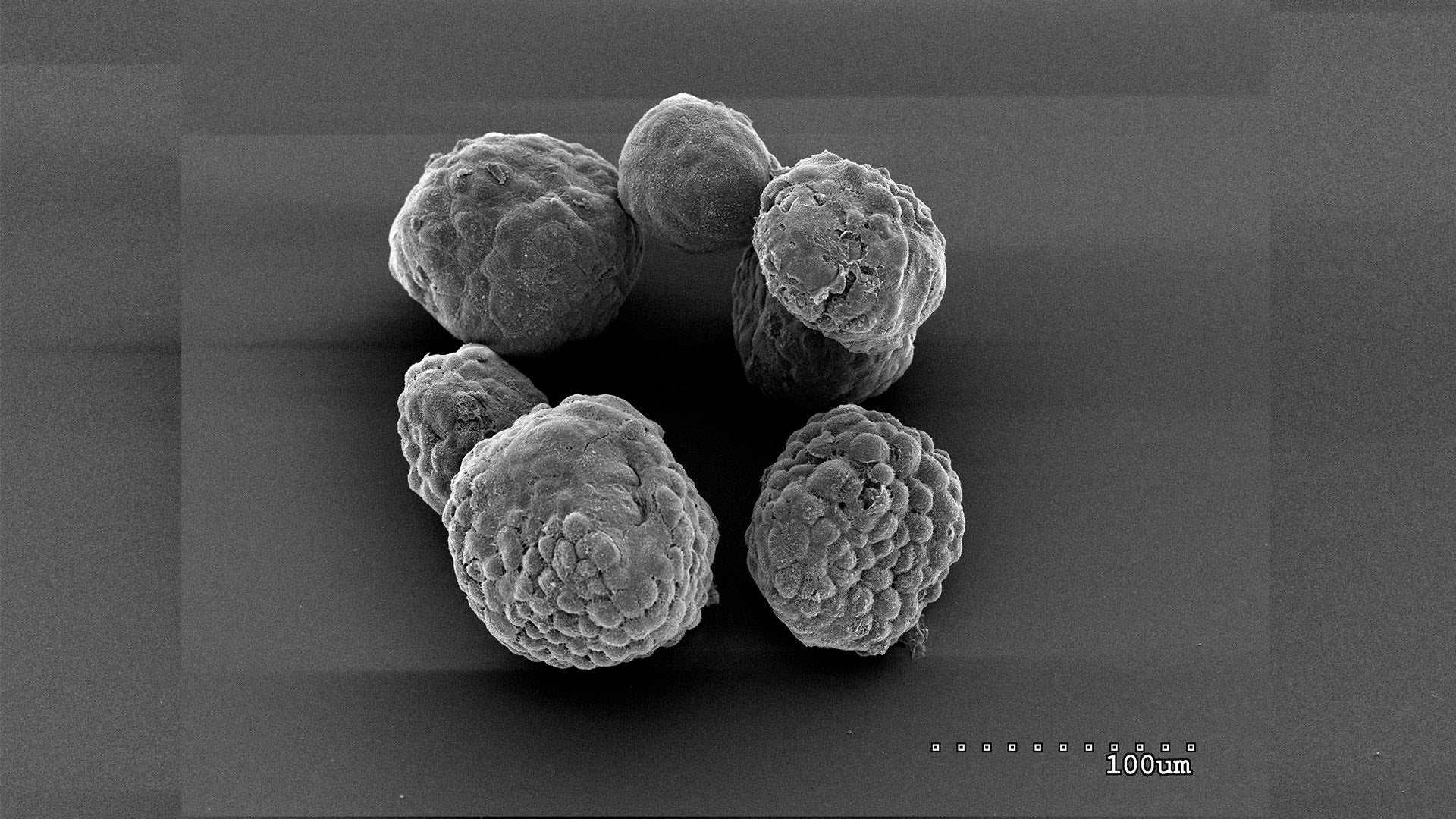 Scientists at Cold Spring Harbor Laboratory (CSHL) found they can stop the growth of pancreatic cancer cells by interfering with the way the cells store cholesterol. Their findings in mice and lab-grown pancreas models point toward a new strategy for treating deadly pancreatic cancer.

Scientists at Cold Spring Harbor Laboratory (CSHL) have found that they can stop the growth of pancreatic cancer cells by interfering with the way the cells store cholesterol. Their findings in mice and lab-grown pancreas models point toward a new strategy for treating the deadly disease.

The study, reported in the Journal of Experimental Medicine, was led by CSHL Professor David Tuveson. Tuveson’s team wanted to know why pancreatic cancer cells, like many cancer cells, manufacture abundant amounts of cholesterol. Cholesterol is an essential component of cell membranes, but the research team determined that pancreatic cancer cells make far more of it than they need to support their own growth. “This is unusual, because the cholesterol pathway is one of the most regulated pathways in metabolism,” says Tobiloba Oni, a graduate student in Tuveson’s lab.

Most cells make only as much cholesterol as they need, quickly shutting down the synthesis pathway once they have enough, Oni explains. But he and his colleagues, including Giulia Biffi, a former postdoctoral fellow in Tuveson’s lab, found that cancer cells convert most of the cholesterol they make into a form that can be stored within the cell. Free cholesterol never accumulates, and the synthesis pathway keeps churning out more.

Cancer cells in the pancreas seem to thrive off this hyperactive cholesterol synthesis. The team thinks this is probably because they are taking advantage of other molecules generated by the same pathway. They’re able to keep the pathway running and maintain their supply thanks to an enzyme called sterol O-acyltransferase 1 (SOAT1), which converts free cholesterol to its stored form and which pancreatic cancer cells have in abundance.

Importantly, the team found that eliminating SOAT1 only impacted cells that harbored mutations in both copies of a tumor suppressor gene known as p53. This genetic alteration promotes cancer growth and is exceedingly common in patient tumors. Normal pancreas cells functioned just fine without the enzyme in the team’s experiments, and that makes SOAT1 a promising therapeutic target, Oni says. The hope, he says, is that researchers will be able to develop a drug that selectively blocks the enzyme, impairing cancer cells but leaving normal cells healthy.

Scientists at Cold Spring Harbor Laboratory (CSHL) found they can stop the growth of pancreatic cancer cells by interfering with the way the cells store cholesterol. Their findings in mice and lab-grown pancreas models point toward a new strategy for treating deadly pancreatic cancer.