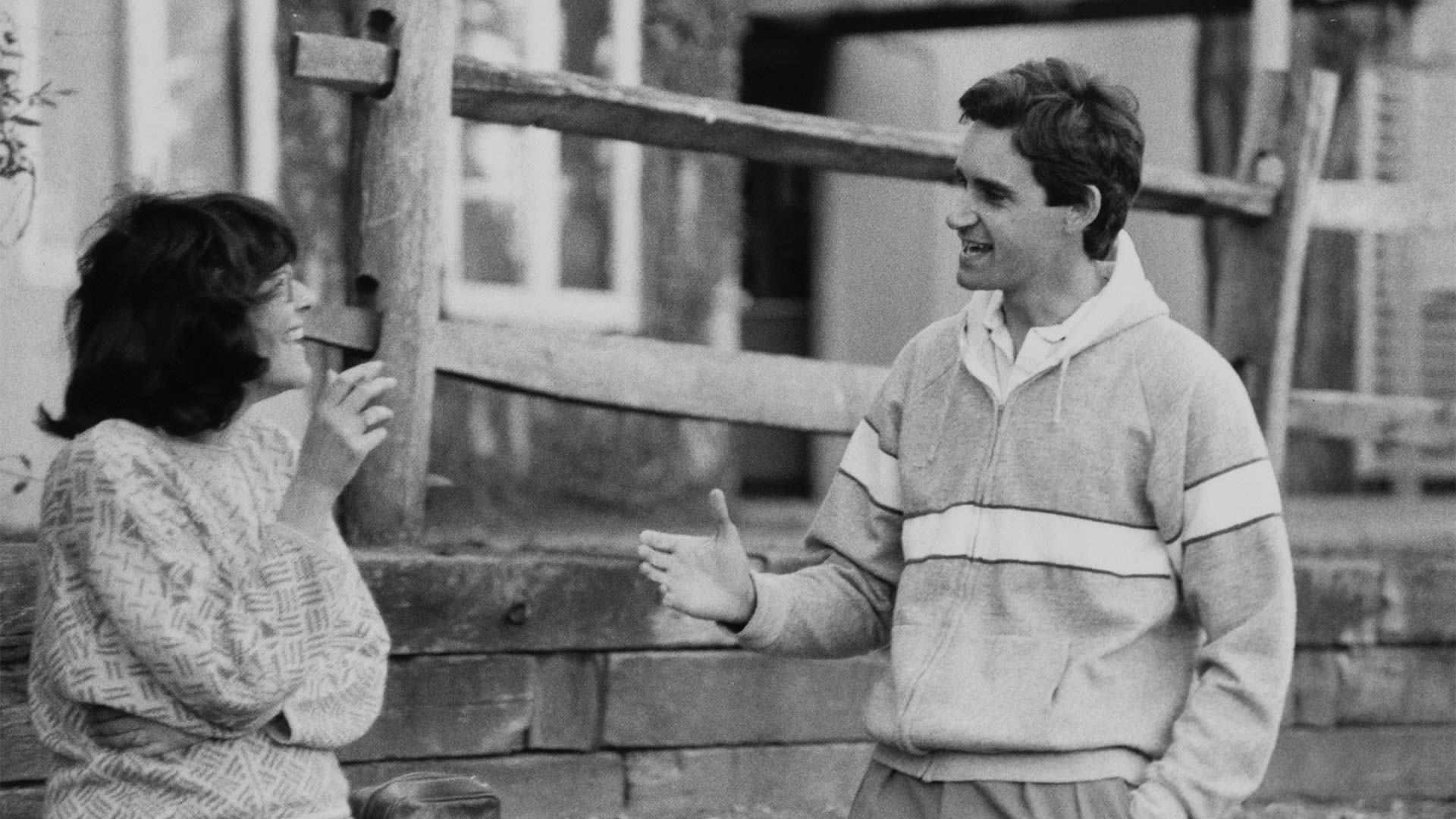 Many modern adenovirus-based treatments and vaccines build upon systems and techniques developed in the 1970s and 1980s at Cold Spring Harbor Laboratory. Researchers experimented with the virus and discovered how to manipulate its DNA. Other scientists engineered the virus to become a disarmed vehicle for delivering foreign proteins into cultured cells. Several decades later, pharmaceutical companies integrated adenoviruses into therapeutic treatments and vaccines. Adenovirus vectors are now life-saving tools, including their use in several vaccines against COVID-19.

Humans with the common cold can often blame adenoviruses for causing the infection. But at Cold Spring Harbor Laboratory (CSHL), the adenovirus is celebrated as a modern molecular biology workhorse. These viruses are packets of DNA that enter mammalian cells and hijack cellular machinery to produce viral proteins. Decades ago, adenoviruses and their relatives were studied and then redesigned into harmless protein-making vehicles. Such innovative basic research conducted at CSHL provided a foundation for today’s applications, including adenovirus-based COVID-19 vaccines.

Today, 1,100 people work at the Laboratory, but in 1982, there were fewer than 250. Terri Grodzicker (now dean of Academic Affairs at CSHL) came to the Laboratory as a postdoc to study the molecular biology of viruses:

“I came with the specific aim of learning to work with DNA tumor viruses. I’m one of the few native New Yorkers at the Lab. To me, Long Island was this totally boring place where you went to visit your relatives on the weekend. However, I guess the science was so compelling, and it actually was a pretty beautiful place, and there were great colleagues. I decided to stay. After six months, I admitted I was staying.”

Adenovirus was introduced to CSHL by Ulf Pettersson when he was a visiting scientist from Uppsala, Sweden in the early 1970s. During that decade, Phillip Sharp (at Massachusetts Institute of Technology) and CSHL researcher Richard Roberts were experimenting with the adenovirus. They found that one gene could rearrange into many different RNA codes, depending on where and how the protein-coding regions were pieced—or spliced—together. Scientists realized it was possible to manipulate the virus’s DNA and study the functions of different segments. Sharp and Roberts (now at New England Biolabs, Boston University, and Northeastern University) were awarded the 1993 Nobel Prize in Physiology or Medicine for their discovery.

Adenoviruses are considered safe enough to study in the lab and are easy to grow, which is necessary for research. In the 1980s, a new strain was discovered at the National Institutes of Health. The strain was a hybrid in which a piece of an adenovirus was deleted and replaced with a piece of another virus, the simian virus called SV40. The piece was a gene for a protein called T antigen. This was a stroke of luck for Yasha Gluzman, a CSHL researcher who wanted to study this molecule because he knew it was important to understanding the virus. He developed a special cell culture system to grow the hybrid viruses and increase T antigen production.

The engineered viruses could only replicate in one special kind of tissue culture cell that had the virus’s missing pieces. The vectors could not grow in human cells. That made them safe for lab work and important years later when designing vaccines.”

Grodzicker and CSHL researcher Robert Tjian (who is now a professor at the University of California, Berkeley and an HHMI Investigator) realized Gluzman’s system could do more than grow T antigen. They could use this system to grow any other protein they wanted to study. They turned the hybrid adenovirus into a protein shuttle, called a vector, for foreign proteins. The researchers learned to rearrange elements in the virus to increase the production (expression) of genes of interest, starting with T antigen. Some “promoter regions” in the DNA could increase expression many-fold.

Bruce Stillman (at the time, a young researcher at CSHL and now CSHL president and CEO) explains:

The engineered viruses could only replicate in one special kind of tissue culture cell that had the virus’s missing pieces. The vectors could not grow in human cells. That made them safe for lab work and important years later when designing vaccines.

Many researchers wanted to study the T antigen under the microscope and biochemically, but they needed even larger amounts of the molecule to do it. Stillman was instrumental in figuring out how to grow a lot of adenovirus for this purpose. He said:

“I was interested in making large amounts of human cells that would replicate SV40, but they were grown in plastic dishes. And so it was a pain to make many thousands of billions of cells if you grow them on plastic dishes. So I spent a year adapting them to grow in suspension, constantly taking the cells off the plastic, putting them in liquid, and trying to get them to grow. And eventually, we got a strain that would grow in vats. We were growing hundreds of liters of them a week.”

With large amounts of T Antigen on hand, researchers could study the viral proteins more readily. They found that T antigen hijacks an infected cell’s DNA replication machinery. Stillman continued to dissect the very beginnings of normal DNA replication, naming the first complex to form around DNA the origin recognition complex. He and his collaborators won many awards over the last few decades for their work on DNA replication, the most fundamental process required for life.

The implications were not immediately obvious

Grodzicker and Tjian understood that viral vectors for mammalian systems would be useful for more than virus research. They put genes for protein enzymes into their hybrid viruses, which were among the first genes ever to be cloned in mammalian cells.

But others were not convinced their gene cloning system was novel or important. Grodzicker recalls trying to patent their findings. At the time, CSHL had no department to assist researchers with filing patents, Berkeley had limited experience, and molecular biology was new to the US Patent and Trademark Office. Grodzicker says:

“There were rules about patents. And if you started talking about it in any way publicly, you had a year, or it was too late. Tij and I decided we were going to try and patent this. So we wrote up this whole patent thing, Tij submitted it to the Berkeley office who put it in and came back and said, ‘No, you can’t patent this. It isn’t novel enough.’ Believe it or not, here’s what we said. ‘Oh, really? Okay.’”

An important feature of viral vectors like Grodzicker’s and Tjian’s is that they cannot replicate and infect other human cells. Their adenovirus vector dies after delivering its protein. This design is vital for a vaccine to deliver proteins into the body’s cells to prime the immune system.

Adenovirus vectors are now life-saving tools, including their use in several vaccines against COVID-19. Other viral vectors are used in lab research every day to grow important proteins. But 40 years ago, nobody would have predicted how a passion for understanding obscure viruses and proteins could save millions of lives today. Grodzicker says:

“Basic science is the absolute backbone of all modern applied work. You really have to know and understand a lot about the systems you’re working with in order to get it to work. You cannot just plunge into this, you need to know the facts. And that’s the backbone of all of this.”

COVID-19 vaccines based on adenoviruses

Many modern adenovirus-based treatments and vaccines build upon systems and techniques developed in the 1970s and 1980s at Cold Spring Harbor Laboratory. Researchers experimented with the virus and discovered how to manipulate its DNA. Other scientists engineered the virus to become a disarmed vehicle for delivering foreign proteins into cultured cells. Several decades later, pharmaceutical companies integrated adenoviruses into therapeutic treatments and vaccines. Adenovirus vectors are now life-saving tools, including their use in several vaccines against COVID-19.

Mikala Egeblad and David Micklos presented their work at the “Life Science Across the Globe” seminar series.   Read more »