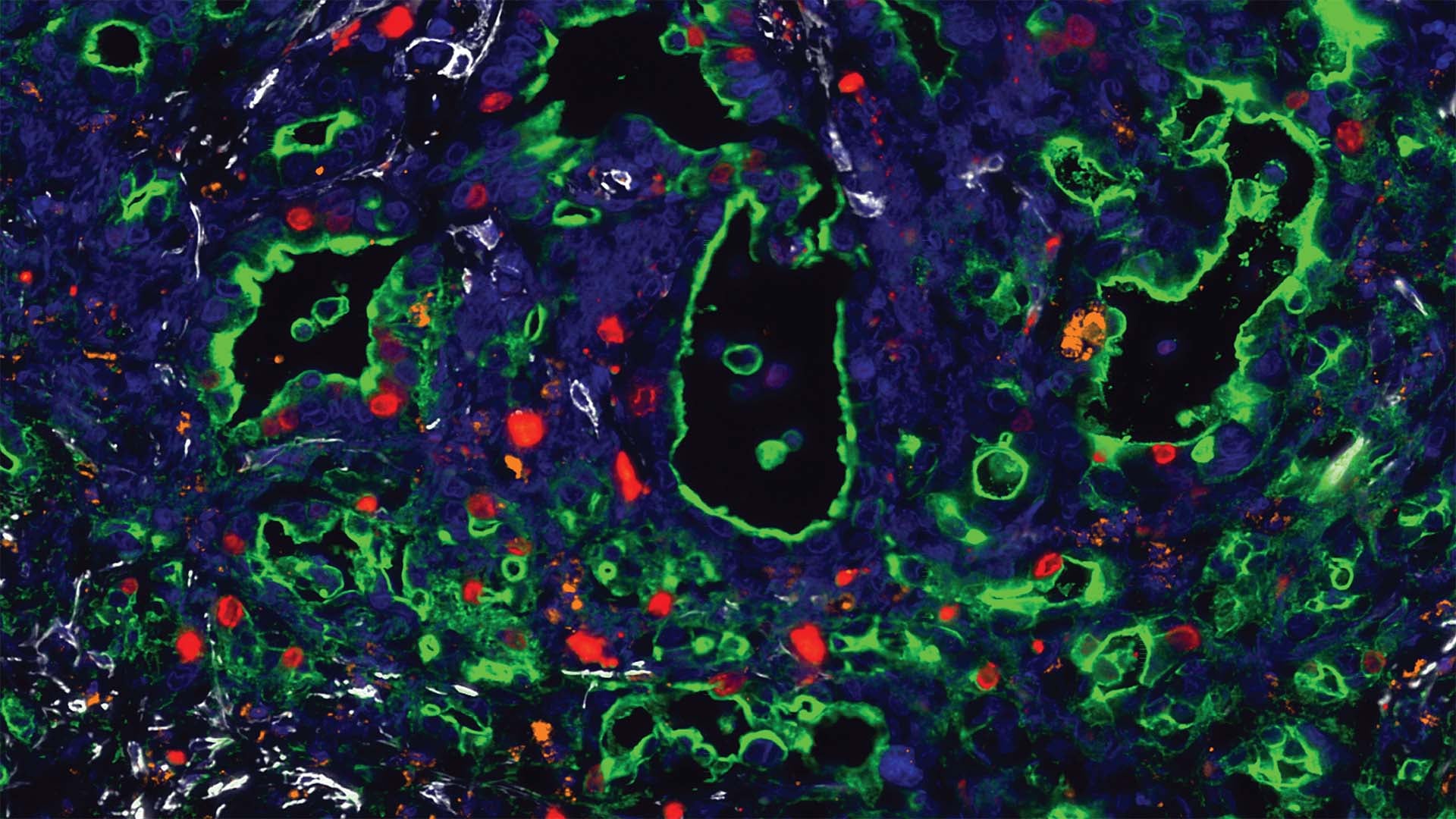 Pancreatic ductal carcinoma is a fast growing and invasive cancer, and now scientists understand the molecular dance that makes it so deadly. CSHL researchers discovered factors that allow a pancreatic cell to lose its identity, turn into an aggressive cancer cell, and recruit surrounding cells to help it invade more effectively.

Pancreatic ductal adenocarcinoma (PDA) is a deadly cancer, killing patients within a year. CSHL Professor Christopher Vakoc and his former postdoc Timothy Somerville discovered how pancreatic cells lose their identity, acquire a deadly new identity, and recruit nearby cells to help them grow, promote inflammation, and invade nearby tissues. This understanding could lead to new therapies similar to ones developed for other cancers.

Vakoc says, “We think part of the reason why these tumors are so aggressive is that they exploit normal cells. The normal cells that are in the vicinity of these tumors, are actually co-conspirators in this disease, and are being co-opted to kind of create a community of cells that are kind of teaming up with one another to drive this aggressive cancer to expand and metastasize. Ultimately, we think we sort of learned why this tumor is so aggressive through understanding these two mechanisms.”

Somerville found two transcription factors that were highly abundant in PDA but not in a normal pancreas: ZBED2 (pronounced Z-bed too) and p63.

Little was known about ZBED2 when Somerville began his research. He says, “ZBED2 is a gene. It makes a protein, which is transcription factor ZBED2. What was completely unknown was what this protein ZBED2 was actually doing. We were able to demonstrate that it is a transcription factor, which means that it can bind to DNA and regulate other genes. And we were able to show what types of genes it regulates.”

p63 recruits nearby cells—mostly neutrophils and fibroblasts—to support the cancerous squamous cells. They “alter the tumor microenvironment, making it more inflammatory and more aggressive. This is what we think is contributing to the particularly poor outcomes of this group of pancreatic patients,” says Somerville.

PDA is notoriously resistant to chemotherapy. The wall of inflammatory cells makes it difficult for anti-tumor drugs to access the tumor. Somerville believes that understanding what ZBED2 and p63 are doing to make this cancer so aggressive will uncover ways that scientists can prevent or at least slow its growth. Somerville notes, “It’s about exploiting transcription factors. If we understand their functions, we can use them to show us how to think about different ways to treat this disease.”

The FDA has already approved drugs that target transcription factors in breast cancer, leukemia, and prostate cancer. Vakoc’s lab is seeking to advance this concept for other types of cancer, such as PDA.

Pancreatic ductal carcinoma is a fast growing and invasive cancer, and now scientists understand the molecular dance that makes it so deadly. CSHL researchers discovered factors that allow a pancreatic cell to lose its identity, turn into an aggressive cancer cell, and recruit surrounding cells to help it invade more effectively. 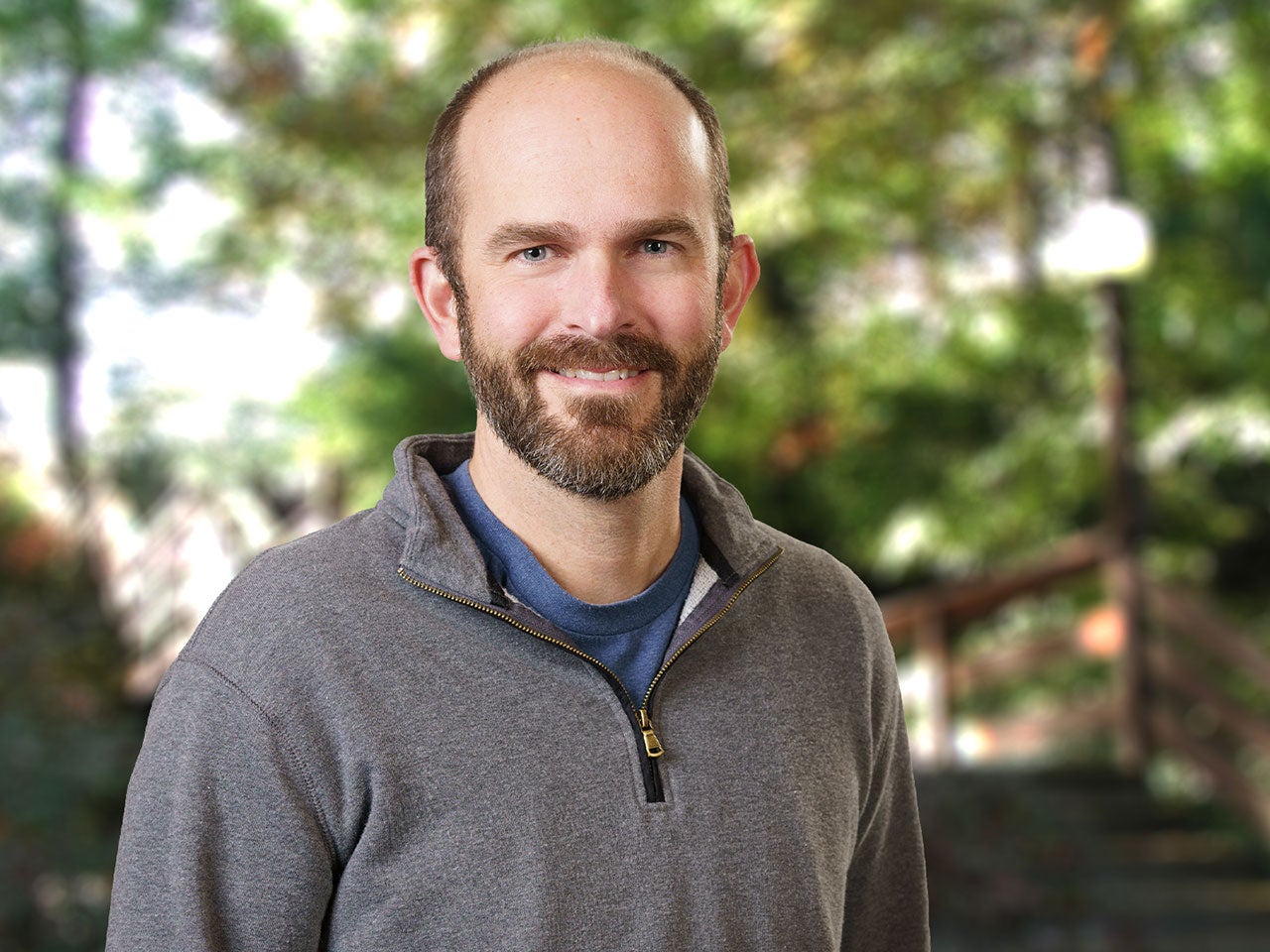