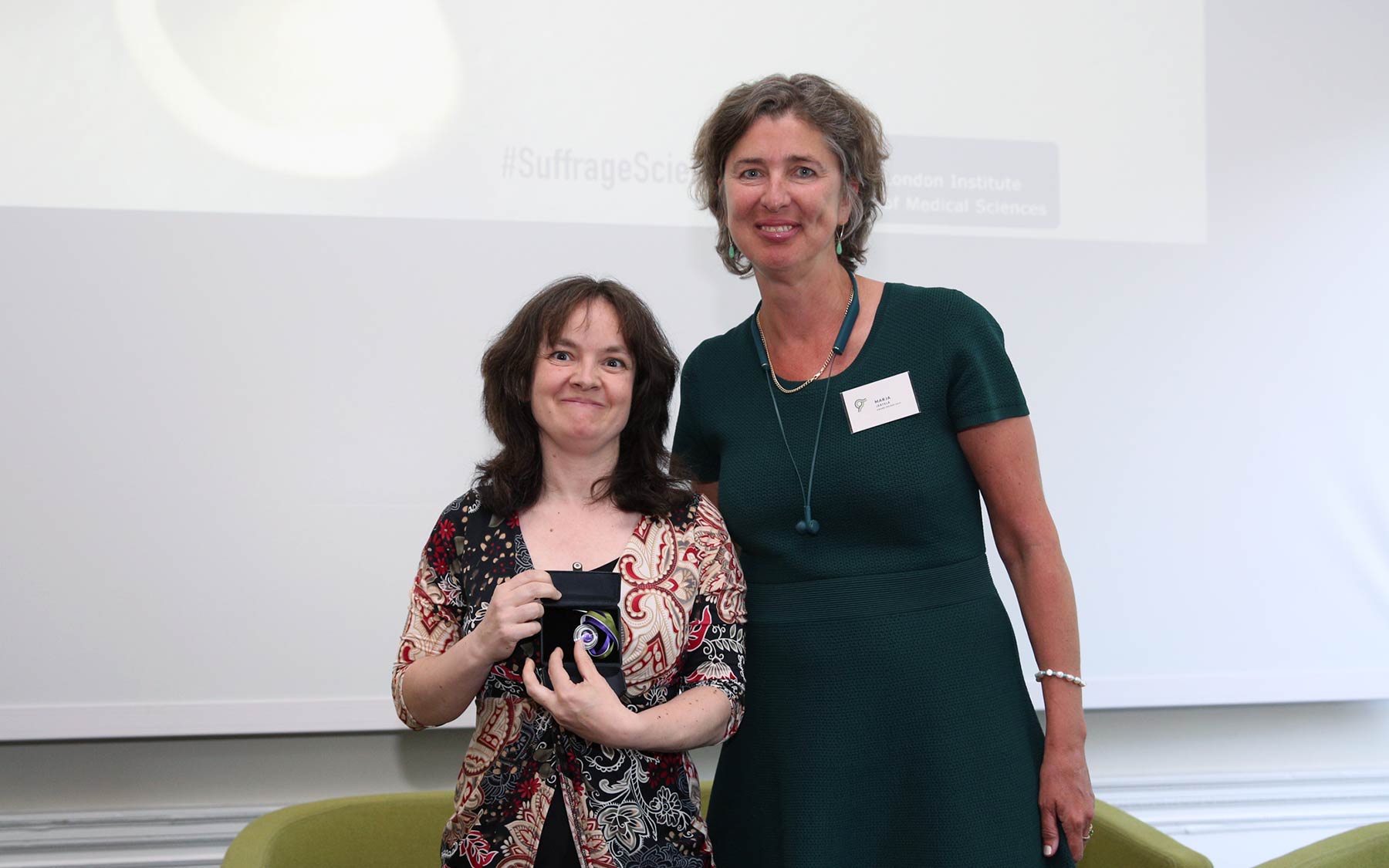 Scientific discoveries are a kind of intellectual heirloom, passed down across generations to scientists who add to the collection of knowledge during their own lifetimes. Associate Professor Mikala Egeblad recently received a different kind of scientific heirloom: handcrafted jewelry inspired by research and the Suffragette movement.

On June 6, Egeblad and 10 other female scientists from around the world were presented with the jewelry at the Suffrage Science awards ceremony, held at the Academy of Medical Sciences, London. The awards honor women in science, with the aim of encouraging more women to enter science, stick with it, and reach senior leadership roles. Rather than having committees select the winners, each winner selects who will get the heirloom jewelry next.

“What resonates with me is one female scientist nominating and directly handing over the jewelry as sort of a baton that goes on and on,” says Egeblad, who received the award from her Ph.D. mentor, Professor Marja Jäättelä of the Danish Cancer Society Research Center. “I think it’s a nice way of doing something that’s different, it becomes a very personal honor rather than just getting a plaque or a trophy.”

Egeblad’s cancer research lab focuses on understanding the network of immune cells, blood vessels, chemical signals, and support structures that make up what is known as the tumor microenvironment. Her team recently revealed that cancer cells can hijack certain immune cells. Weapons that immune cells normally use to defend against invaders like viruses become tools that the cancer cells use to spread to new areas of the body.

As a graduate student in Jäättelä’s lab, Egeblad saw firsthand that thinking differently promotes success in the laboratory. “Her ideas were very exciting interesting and very refreshingly different from what else I had been exposed to during my training,” Egeblad remembers. She also learned that a successful team shares more than research results with one another, as Jäättelä “had a really quite amazing ability to make the lab a family.”

In her own lab, Egeblad has continued to prove the value of courageously pursuing fresh scientific questions and forming strong relationships with her colleagues. There is, however, one downside of the latter, she says: when it comes time for her to choose just one person to become the next Suffrage Science honoree, “that will be very hard.” 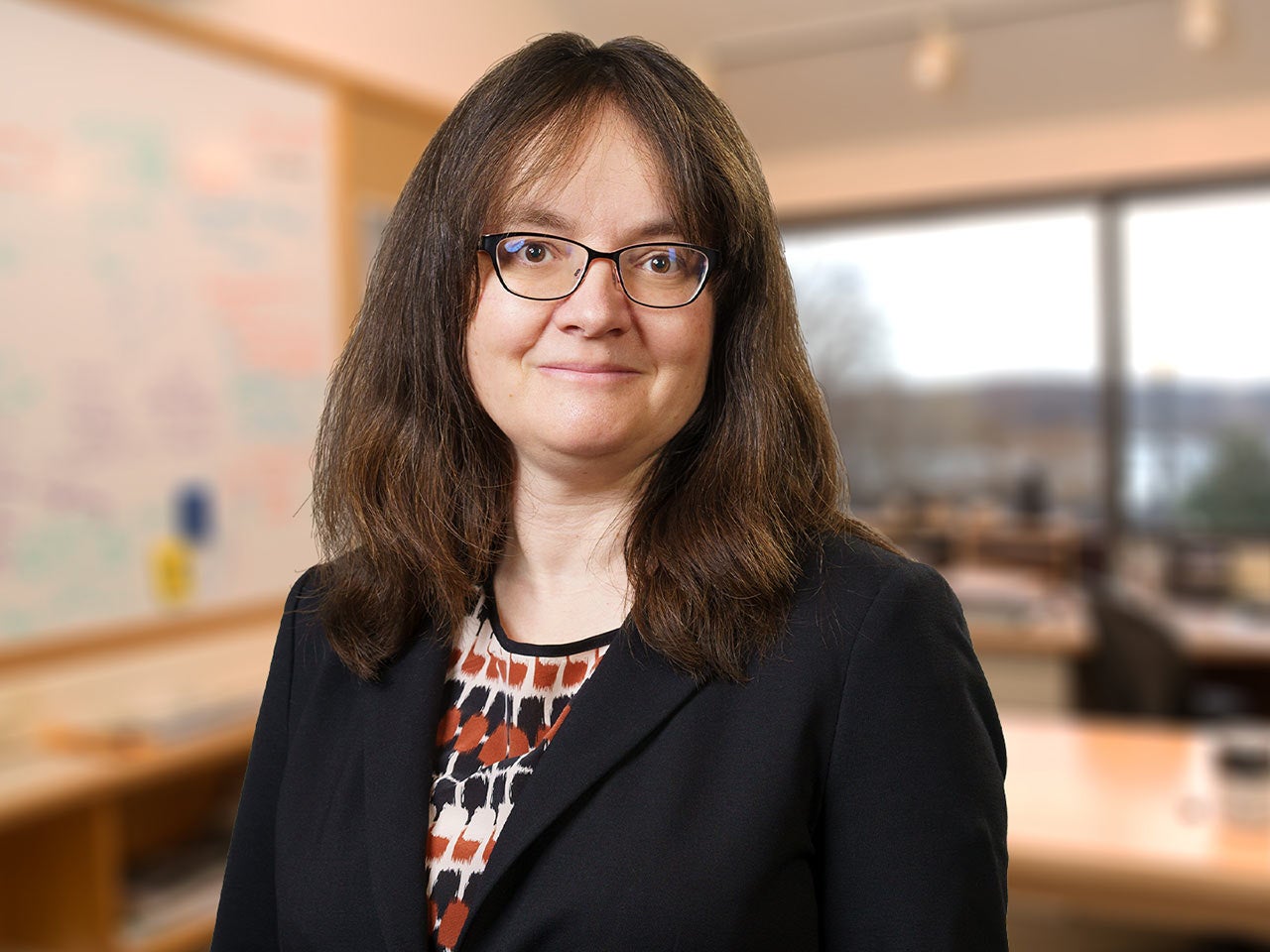