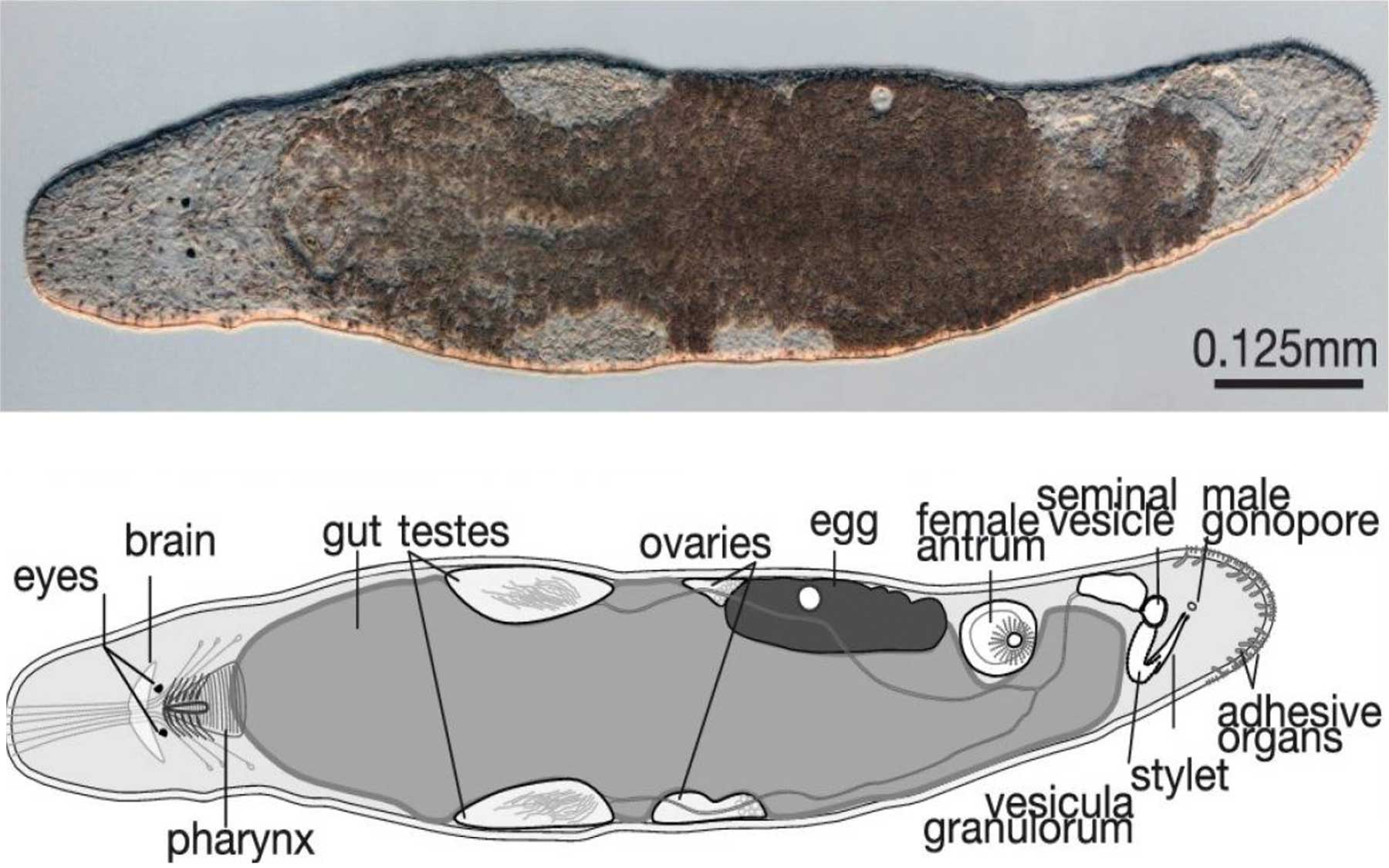 Cold Spring Harbor, NY — Tourists spending a recuperative holiday on the Italian coast may be envious of the regenerative abilities of locally found flatworm Macrostomum lignano. Named for its discovery near the Italian beach town of Lignano Sabbiadoro, this tiny worm can regenerate almost its whole body following an injury, and researchers have long been trying to understand how it’s able to pull off this trick.

In work published today in PNAS, a team of researchers has for the first time characterized the flatworm’s genome, paving the way for a host of new studies of the worm and its regenerative capabilities. The team was led by Cold Spring Harbor Laboratory (CSHL) Professor and HHMI Investigator Gregory Hannon, also a Professor and Senior Group Leader at the CRUK Cambridge Institute at the University of Cambridge, and CSHL Associate Professor Michael Schatz.

“This flatworm can regenerate every part of its body except the brain,” says Hannon. He was studying an important pathway in mammalian reproductive tissues when he became interested in Macrostomum. “This and other regenerating flatworms have the same kind of pathway operating in stem cells that is responsible for their remarkable regenerative capabilities.  As we started to try to understand the biology of these stem cells, it very quickly became clear that we needed information about the genetic content of these organisms.”

M. lignano turned out to have an unusually complex genome filled with repetitive elements that made it challenging to assemble and analyze, says Schatz. “At the genomic level it has almost no relationship to anything else that’s ever been sequenced. It’s very strange and unique in that sense.” To overcome the extreme genomic complexity, the team used new long-read sequencing technology that boosted the quality of the genome sequence obtained by more than one hundred fold over standard short-read approaches.

The researchers used the worm’s genomic information to study how gene expression changed during regeneration. “It’s a very powerful tool to be able to see the genes that get activated that are responsible for regeneration of the animal,” Schatz explains. “We think this is going to be a very important species for stem cell research.”

The flatworm is ideal for studying stem cells, says lead author Kaja Wasik, who conducted the work as a Ph.D. student in Hannon’s lab along with co-lead author James Gurtowski from Schatz’s lab. “The worms are just like floating sacks full of stem cells, so they’re very easily accessible,” says Wasik. “From what we looked at, it looks like many of the developmental pathways that are present in humans are also present in the worms, and we can now study whether they potentially could be involved in regeneration.”

According to co-author Peter Ladurner, an assistant professor at the University of Innsbruck, the worm has many properties that make it a good model system: “M. lignano is small, has simple tissues and organs, is transparent, and has sexual reproduction.” Well before its genome was available, M. lignano was already being studied for its insights into stem cells and tissue differentiation. The availability of the genome now enables researchers to do a lot of things they couldn’t previously, such as search within the genome, have a list of genes in hand, and gain insights into the worm’s genome organization.

Hannon says detailed analyses will be needed to figure out how the flatworm’s stem cells are able to develop into a variety of different cell types. He is also planning to examine how the pathways he has studied in other organisms operate in the worms. “The goal of this project was to enable ourselves and others to do new biology. The hope is that as these tools become more available, the community will grow.”

About 15 international research groups on three continents are actively working on Macrostomum flatworms, says co-author Lukas Schärer from the University of Basel. Schärer says he and Ladurner played a major role in helping to develop a broader Macrostomum research community. “The worm was initially used as a model to study embryology and neurobiology, and starting in the late 1990s research expanded into stem cell biology, tissue homeostasis, and regeneration, topics that are still very actively studied today,” he says. “We fully expect that the publication of the genome will lead to a surge in interest in this versatile model organism.”

The story of a high school student working with Michael Schatz to create an app that analyzes DNA.   Read more »