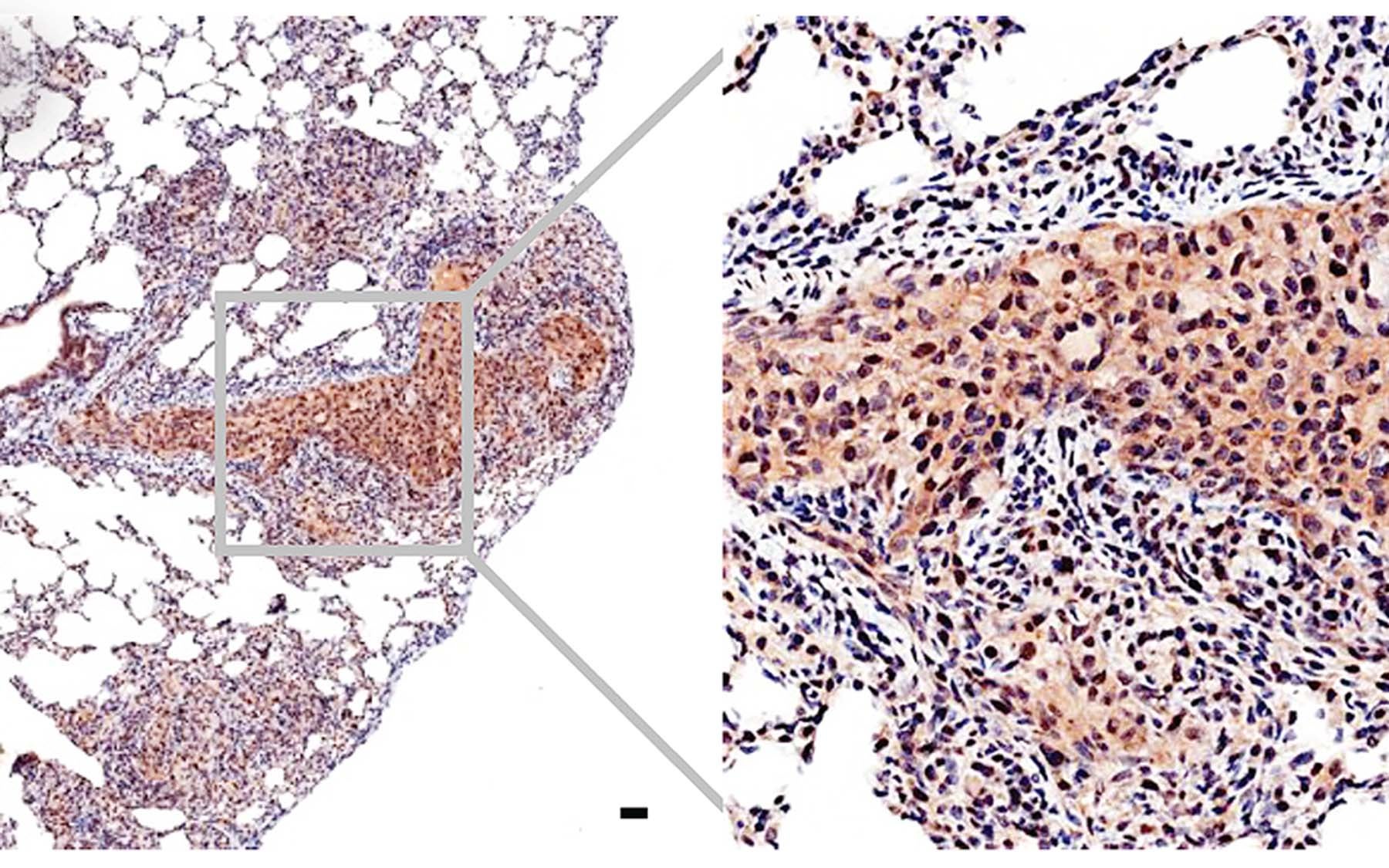 Scientists have developed a new mouse model for metastatic prostate cancer that more accurately reflects the most lethal events in human patients. Shown here is a tumor that metastasized from its original site in the prostate to the lung. Scientists were surprise to find the Myc protein in these tumors and, through further experiments, discovered that simply increasing the amount of Myc in the cell is enough to drive metastasis, suggesting a druggable target for metastatic prostate cancer.
email envelop icontwitter icon share buttonfacebook icon share buttonlinkedin icon share button

The new model, known as RapidCaP, reveals a cancer-gene ‘switch’ that drives metastasis

Cold Spring Harbor, NY — Prostate cancer is the most common form of cancer in men. Affecting about 1 in 6 men, it is the second deadliest cancer. Research has been stymied by imperfect animal models of the disease, which are costly, take considerable time to develop, and fail to mimic the most lethal aspects of the illness. Now, Cold Spring Harbor Laboratory (CSHL) scientists have developed a new method to rapidly create much better mouse models for metastatic prostate cancer. This discovery allows scientists to investigate the causes of the disease while at the same time testing new therapeutics to treat it.

The most widely used mouse models for prostate cancer rarely develop tumors that metastasize, making it almost impossible to study the terminal, lethal events in cancer progression. In work published today in Cancer Discovery, a CSHL team led by Associate Professor Lloyd Trotman report that they have developed a new mouse model that does generate metastases from primary prostate tumors. To create the model, called RapidCaP, scientists surgically deliver gene mutations directly into the prostate. A luminescent marker is also injected, which enables live monitoring of metastasis, tumor regression after treatment, and disease relapse.

Trotman and his team, which included collaborators from Weill Cornell Medical College, Mt. Sinai School of Medicine and the Dana-Farber Cancer Institute, used RapidCaP to generate mice that developed metastatic prostate cancer with classic hallmarks of this disease, including resistance to hormone therapy.  However, PI 3-kinase activity, a well-known driver of prostate cancer, was notably absent from the metastasized tumors.  In these deadly dispersed tumors, Trotman and his colleagues were surprised to find that a different cancer gene, called Myc, had taken over.

The team explored Myc’s role in metastasis. They found that prostate tumors could be driven to metastasize simply by increasing the amount of Myc protein. Trotman collaborated with Dana-Farber’s Professor James Bradner to treat these very sick animals with a newly discovered drug called JQ1 that lowers the amount of Myc in cells. Their approach succeeded in shrinking the metastases, suggesting that the switch to Myc is required for maintenance of tumor cells that have metastasized throughout the body.

“The RapidCaP system has revealed a specific role for Myc as a druggable driver of metastasis in prostate cancer,” says Trotman. “So there’­s hope that our model provides a fast and faithful test-bed for developing new approaches to cure the type of prostate cancer that today is incurable.”

This work was supported by grants from the NIH, Department of the Army, STARR foundation, Robertson Research Fund of Cold Spring Harbor Laboratory and by support from the CSHL CTD2 Cancer Target Discovery and Development Network Grant. 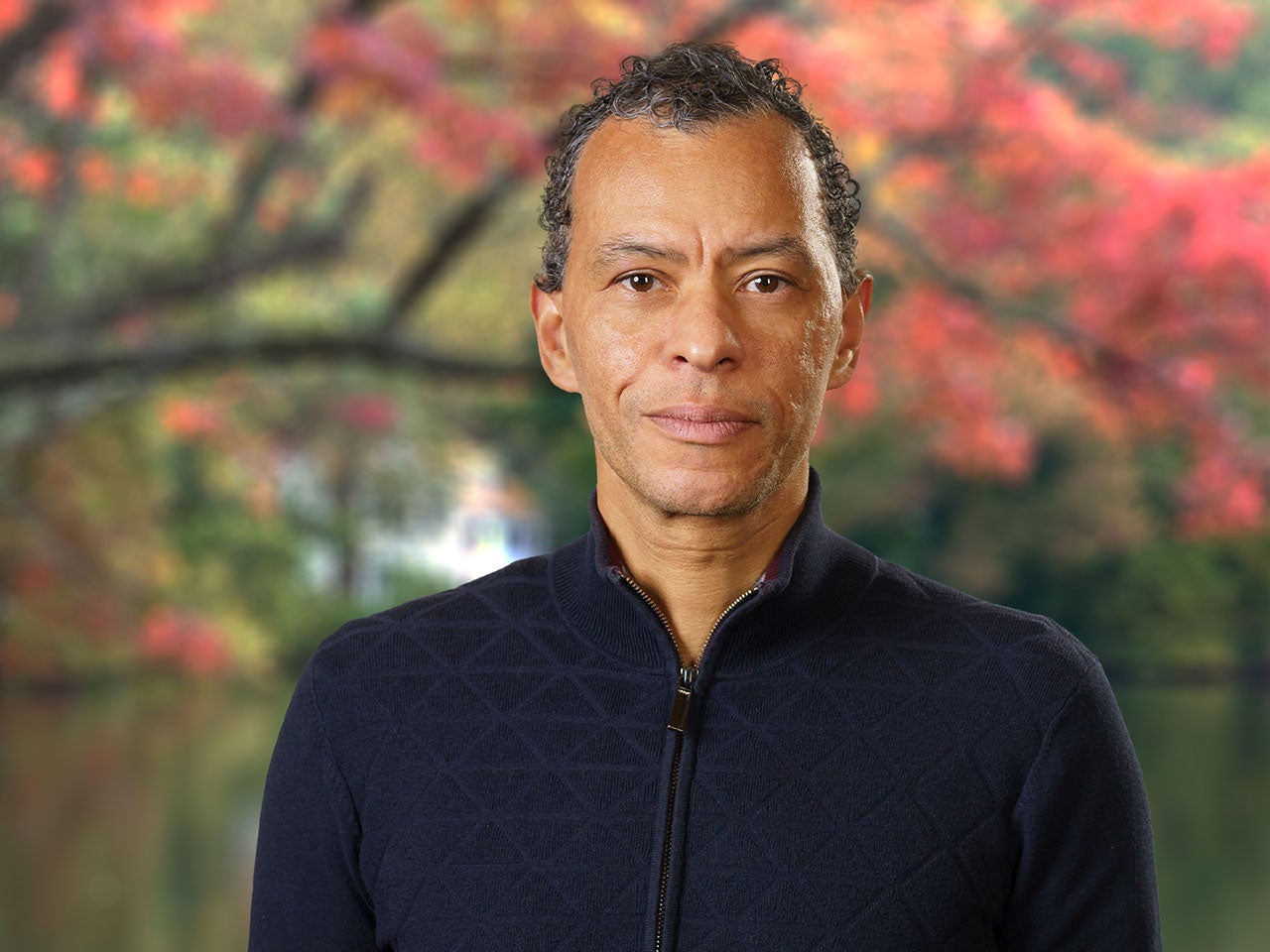