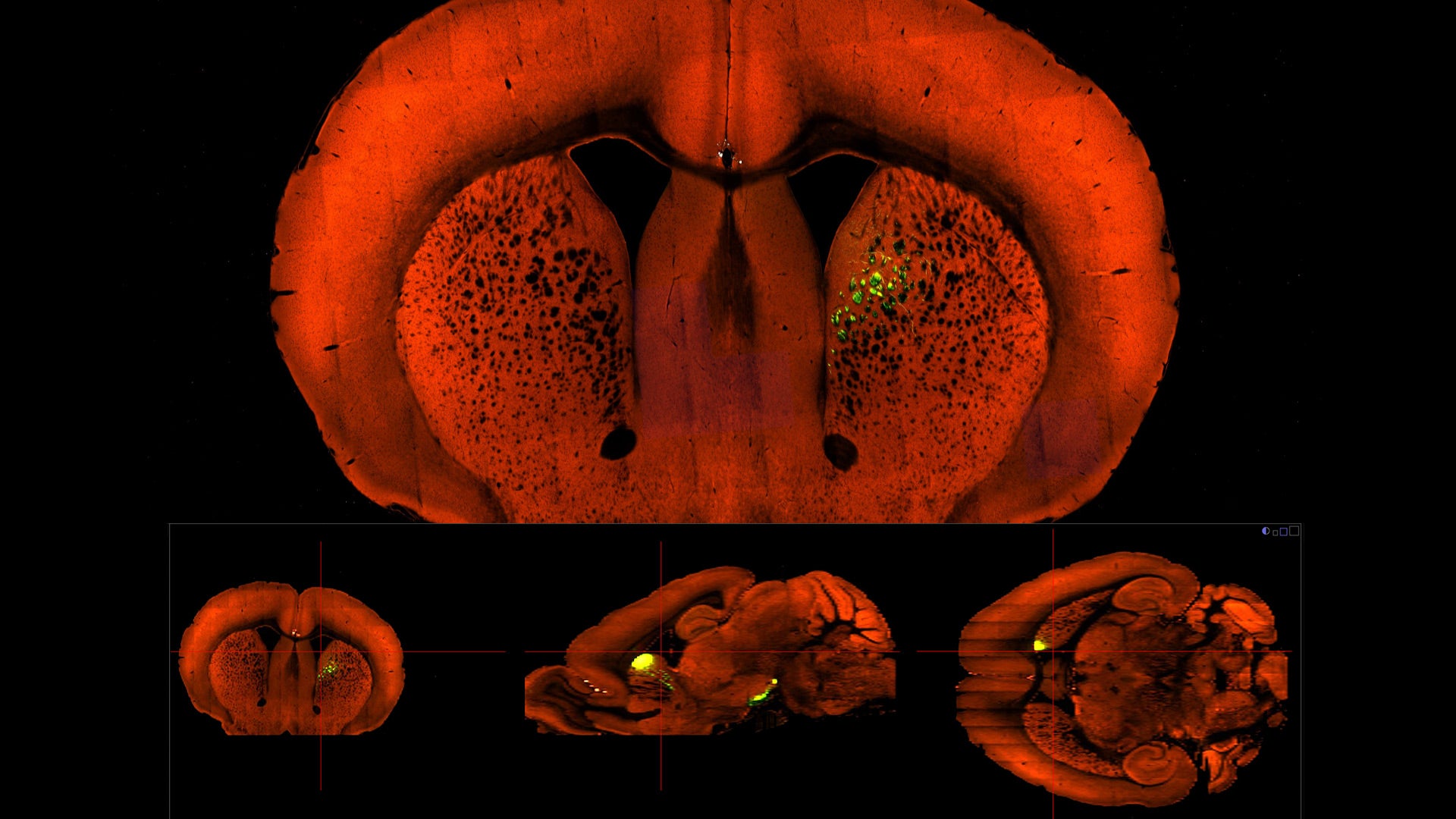 One brain pathway, originating from the striosome, regulates the motivations that influence behavior. Previously, this part of the brain was thought to support reward-seeking and positive reinforcement for learning. The discovery that some neurons in this pathway contribute instead to negative-reinforcement learning reveals the striosome to be a complex motivation-processing hub. Motivation processing is impaired in people with certain mental illnesses.

Cold Spring Harbor Laboratory (CSHL) scientists have discovered neurons in the mouse brain that help an animal learn to avoid negative experiences. The cells reside in a part of the brain involved in regulating the motivations that influence behavior.

Previously, this part of the brain, known as the striosome, was thought to be dedicated to supporting our ability to learn from positive reinforcement and seek out rewards. The discovery that some neurons in this same structure contribute to negative-reinforcement learning reveals the striosome to be a complex motivation-processing hub. Understanding its function is critical, says Bo Li, the CSHL professor who led the study, because motivation processing is impaired in people with certain mental illnesses.

“We know those neurons are important for normal motivation—the motivation to pursue a reward or the motivation to avoid punishment,” Li says. “So we have hopes that the striosome neurons could be critical for either, or both depression and addiction.” Li and his colleagues reported their findings in the journal Cell.

The striosome is situated within a region of the brain called the dorsal striatum. Its cells are defined by the chemicals they produce rather than anatomical boundaries, which has made it difficult to study their function. Li and his team were able to do so because they identified a gene, Tshz1, that is used by some of the neurons there. Using Tshz1 as a genetic tag, the researchers traced the neurons within the striosome. That allowed them to manipulate the cells and monitor their activity in mice.

Their experiments, done in collaboration with other CSHL scientists as well as researchers at Stanford University and the Howard Hughes Medical Institute’s Janelia Research Campus, revealed that mice need Tshz1-expressing cells in the striosome to learn to associate certain places or sounds with an unpleasant experience. Surprisingly, those cells played no role in the animals’ reward learning, a function that falls to other neurons within the striosome. Li says:

“So it seems like the striosome is not as simple as we initially believed. There’s actually two kinds of neurons in the striosome that allow the animal to do both—reward pursuing and also punishment avoidance. Those different things are both critical for us to survive with. You can imagine if you are not sensitive to punishment, you’re going to get into trouble if you run into danger and if you are not sensitive to reward, of course, you can also have a difficulty in survival, because you are not going forward for the food, for example.”

Ultimately, Li says, understanding how neurons in the striosome interact with other motivation-processing parts of the brain to guide behavior will allow researchers to home in on cells or circuits that contribute to mental illnesses. That, he hopes, will lead to better treatments.

One brain pathway, originating from the striosome, regulates the motivations that influence behavior. Previously, this part of the brain was thought to support reward-seeking and positive reinforcement for learning. The discovery that some neurons in this pathway contribute instead to negative-reinforcement learning reveals the striosome to be a complex motivation-processing hub. Motivation processing is impaired in people with certain mental illnesses.